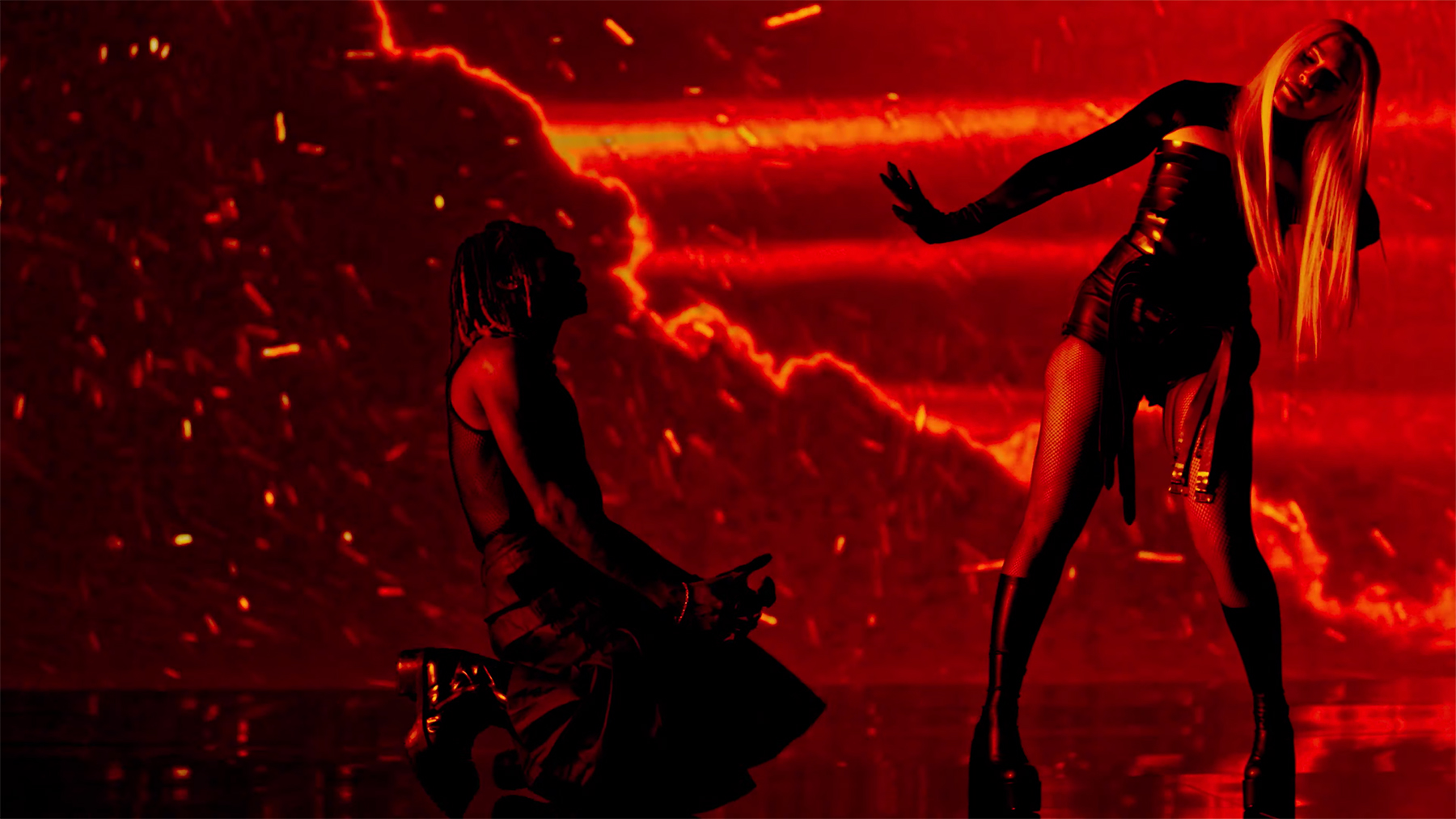 Madonna is partying it up like it’s 1998 thanks to the remix of her hit “Frozen.” On Thursday, Madonna looked stunning in the song’s visual, where she appears alongside Fireboy DML, who added a welcome verse to the reimagined trap track.

The video shows the Queen of Pop rocking a leather outfit and her signature Madame X cross jewelry as she’s seen smoking and dancing alongside the Nigerian singer. Ahead of its release, DML thanked Madonna for bringing him onto the song, writing “love to the queen for having me on this classic” on Instagram.

“I thought you loved me/I thought you trust me,” Fireboy sings in his verse. “I tried to take care of your heart, but it’s frozen/Why can’t you show me, don’t leave me open.”

Sickick remixed the track from her 1998 album Ray of Light late last year, which quickly went viral on TikTok. The new version of “Frozen” is Madonna’s first song since dropping the live album of Madame X last year. Meanwhile, Fireboy released his single “Peru” alongside Ed Sheeran in December.

“I do not care how big an artist is. If there’s no connection, if there’s no vibe, if there’s no energy; I’m not down for that,” he told Rolling Stone at the time. “[Ed Sheeran] was the perfect choice for the song because, personally, he is someone that I resonate with musically.”