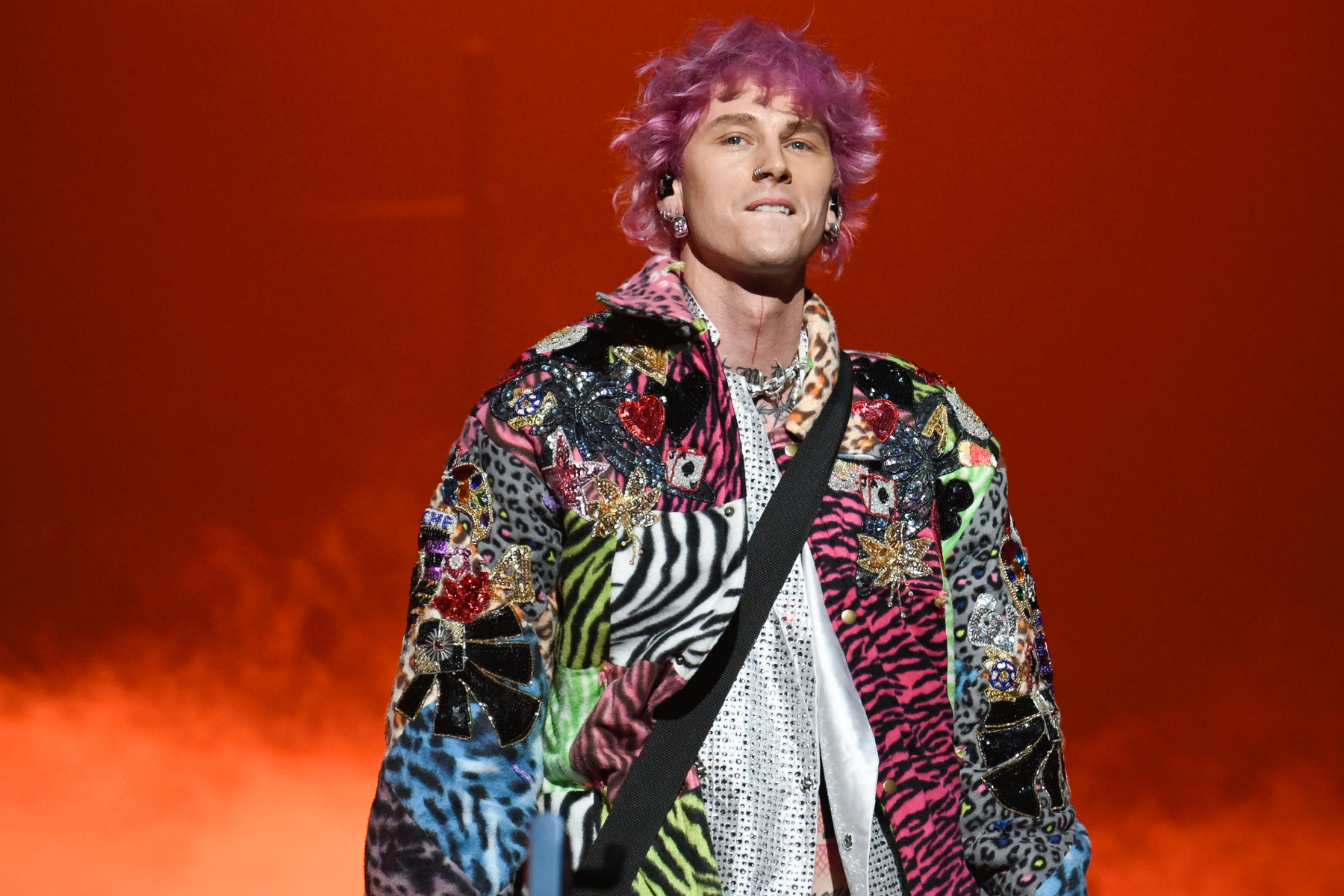 Machine Gun Kelly marked his sold-out show at Madison Square Garden by marking up his face at the after party.

The musician gleefully shared footage of the bloody incident on his Instagram Stories. In the first clip, he stood on a table in a restaurant and proclaimed to a gathered crowd, “Bro, I don’t give a shit—“ before smashing a champagne glass on his forehead (the clip was aptly captioned, “and this is when things turned…”). In the next video, MGK performed part of his Tickets to My Downfall song, “My Ex’s Best Friend” as blood poured down his face and he held a bloody rag in his hand.

MGK, of course, is known for indulging in a little Jackass-ery himself, even making a cameo in the stunt-comedy troupe’s latest film Jackass Forever. That said, we hope his champagne smashing doesn’t leave a scar he feels obligated to cover up — we gather he doesn’t exactly like rock musicians who wear masks.

Machine Gun Kelly’s summer tour will continue later this week, July 1, with a set at Summerfest in Milwaukee. His North American leg will wrap Aug. 13 in Cleveland, after which he’ll head to the U.K. and Europe in September. Machine Gun Kelly’s most recent album, Mainstream Sellout, was released in March.