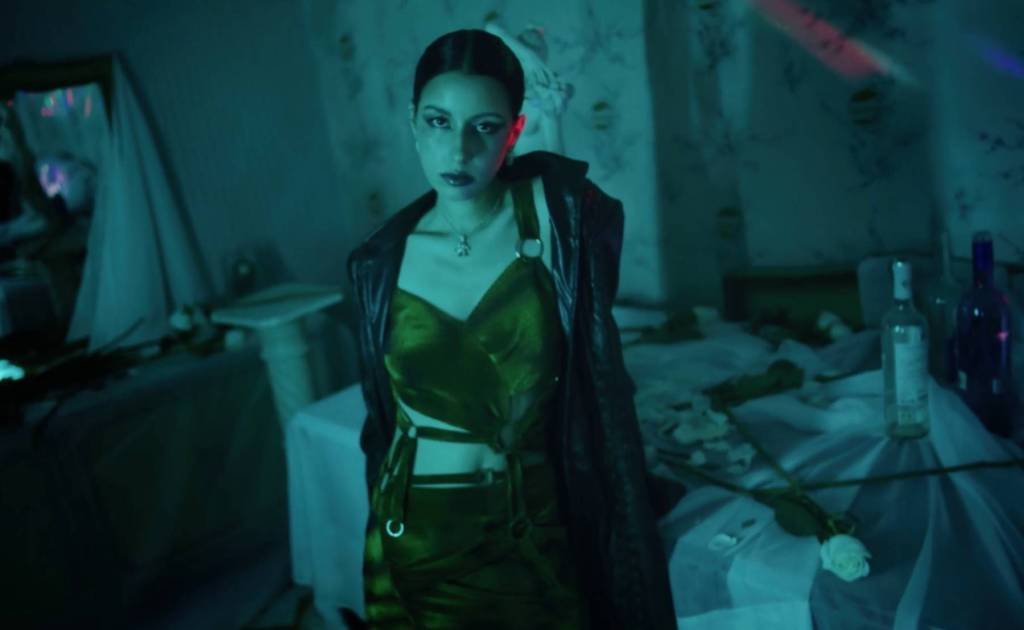 The singer-songwriter captures the feeling of losing yourself in a crowd on her new single.

Back in 2020, the singer-songwriter and guitarist Andrea Silva — who performs as Loyal Lobos — released her debut album Everlasting, a glowing collection of songs that captured her introspective lyricism and delicate, dreamy sound. Now, after recently signing with Saban Music Group, she’s back with a new single called “Bummed,” a gauzy anthem for introverts everywhere.

The track builds on Silva’s style: She’s sharper, upbeat, and more refined without losing her signature guitars and lithe production. Silva writes in both Spanish and English, and her music has always been confessional, but she adds a little playfulness as she sings about being at a party she’s desperate to ditch: “And after the party, they’re still trying to party at this dumb after party,” she sings. “No way I’m going to that shit, is that mean?”

“‘Bummed’ is the story of a night out,” Silva explained in a statement. “Sometimes being surrounded by people can feel more isolating than anything else. This song describes that feeling of coming back down after losing yourself in a crowd.”

The video, which premieres today on Rolling Stone, was filmed in Mexico City and directed by George Gallardo. The visuals show Silva hanging out as a crowd parties around her while she remains on the outside looking in.

“Bummed” is the first track she’s released this year and marks a new musical evolution for her. Last year, she released a few acoustic cuts from Everlasting, as well as the tracks “Hate My Face” and “Amor Como Puñal.”