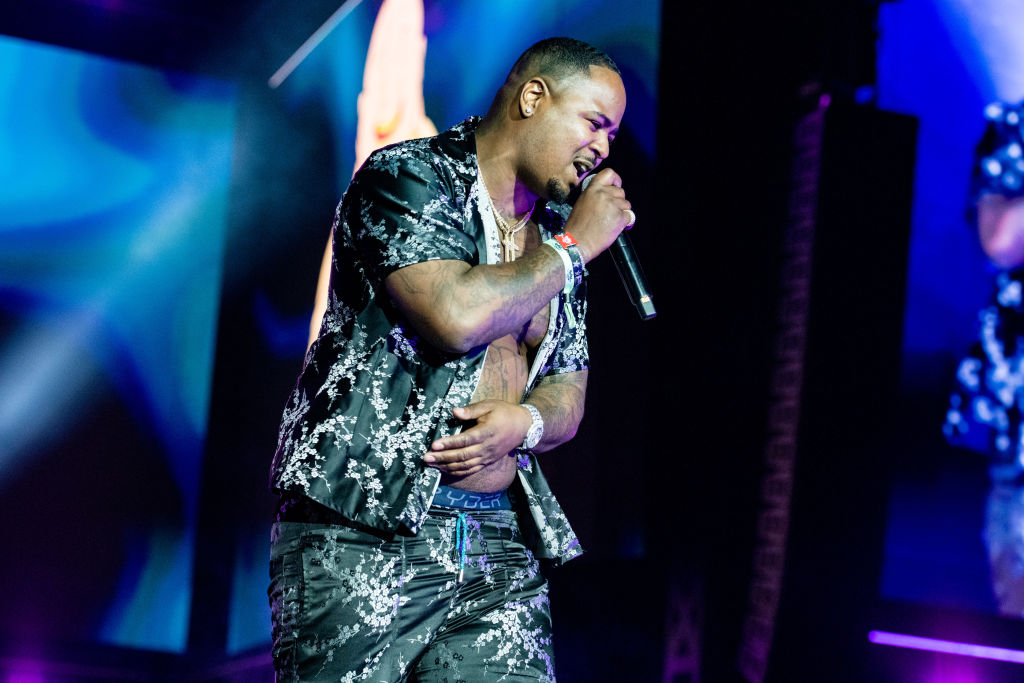 Live Nation is raising the curtain on its defense against a trio of lawsuits brought by the son, mother and brother of slain Los Angeles rapper Drakeo The Ruler.

Drakeo, born Darrell Caldwell, was stabbed to death backstage at the Once Upon A Time in L.A. concert in downtown Los Angeles on Dec. 18, 2021. No arrests have been announced in the case.

In a filing made public Tuesday, Live Nation argued that the negligence and premises liability claims brought by Drakeo’s brother Devante Caldwell and several members of the brothers’ Stinc Team rap collective who were with the brothers at the time of the deadly attack failed to state sufficient grounds for the case to proceed.

At a morning hearing, a Live Nation lawyer said the formal challenge, known as a demurrer, would be followed by a similar demurrer filed Thursday against the wrongful death lawsuit filed by Drakeo’s mom, Darrylene Corniel. The lawyer, Celeena B. Pompeo, said she was waiting for an amended wrongful death complaint filed on behalf of Drakeo’s only child, Caiden Caldwell, before likely filing a motion to consolidate the three cases to fight them together.

In the demurrer obtained by Rolling Stone on Tuesday, Live Nation said it can’t be held responsible for the “violent mob” of an estimated 50 to 100 people who “produced knives and stabbed Drakeo” in a horrifyng ambush minutes before he was set to perform. The promoter argued that under state law, it had no duty to prevent “third-party criminal conduct” at the concert venue because no “prior similar incidents” had taken place at a concert there, so it had no reason to suspect dangerous conditions.

Live Nation also argued that it should be let off the hook because no one associated with Drakeo “asked for additional security” or informed promoters that the rapper “faced threats and constant hostility from gang members.”

The judge on the case is not expected to rule on the demurrer for months. On Tuesday, the judge said she planned to set a trial date for the likely consolidated case at a follow-up hearing on Sept. 20.

Drakeo was 28 years old when he was stabbed in the neck at the concert. The California Highway Patrol is overseeing the homicide investigation because the incident took place on state land. The agency has yet to release any details about possible leads or suspects in the eight-month-old case.

According to his relatives’ lawsuits, Drakeo was targeted by various gang members in Los Angeles because he “refused to actively participate in gang activity,” refused to “choose” a side and was acquitted of charges related to the “false allegation” he was involved in the murder of a member of the Bloods gang.

The grieving mom’s lawsuit claims Live Nation and fellow promoter defendants including C3 Presents, Bobby Dee Presents and even Snopp Dogg’s LLC “knew or should have known that the location of the music festival in South Central Los Angeles, a haven for gang activity, featuring artists who are either members of or affiliated with gangs, would attract gang members and related gang feuds to the premises.”

The long list of performers at the Once Upon A Time in L.A. festival included Al Green, Snoop Dogg, 50 Cent, and YG.

Drakeo’s career was just beginning to flourish when his life was cut shot. Following his acquittal in the murder case that had trapped him behind bars for nearly three years, he released two full-length albums and collaborated with Drake on the 2021 single “Talk to Me.”