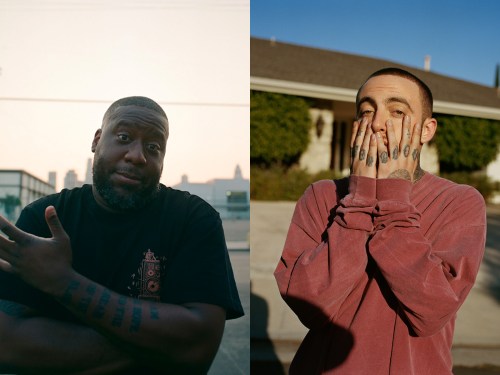 Mac Miller’s legacy lives on. On Monday, Robert Glasper released his song “Therapy, Pt. 2,” which features the late Miller rapping over the track produced by Glasper, creating a sequel to his 2014 Faces song of the same name.

The song, Miller’s estate says, is a “product of the friendship the two shared and perfectly encapsulates the musical gifts of both artists. Anyone that followed Malcolm’s career closely is already aware of the respect he held for Robert’s work.”

The rap track, set to be featured on Black Radio III: Supreme Edition, out Friday, opens with Miller’s unmistakable verse, backed by a piano and infectious drum beat.

“Give a inch, they take a mile, take a mile, I’ll take a acre/I’m a, alien communicator, fuckin’ up the human nature/Projectile vomit on a song, the fluid nasty, uh,” Miller raps. “I just got the iPhone 6, it looks like Steve Jobs done ran out of tricks/Yeah, I come through stuntin’ on ’em, in the park, buntin’ on ’em/Somebody should pump you up, you best get Joe Budden on ’em.”

The song’s creation started with a natural connection between Glasper and Miller. “I immediately sent it to him, and literally within an hour he sent me back that track,” Glasper said. “Everything was on there — both verses, the choruses — and you could tell it was not something that he had written before.”

Glasper added, “He sang the chord changes. You can tell he really came up with that in the moment.” Miller died in 2018 of an accidental overdose. He would have turned 30 this year.

The song with Miller and Glasper’s deluxe edition of Black Radio III comes several months after Glasper released the original version, featuring the likes of H.E.R. on “Better Than I Imagined,” Jennifer Hudson on “Out of My Hands,” and Ty Dolla $ign on “Bright Lights.”

Since dropping the standard edition, Glasper has released singles “All Masks” with Masego and “Twice.”