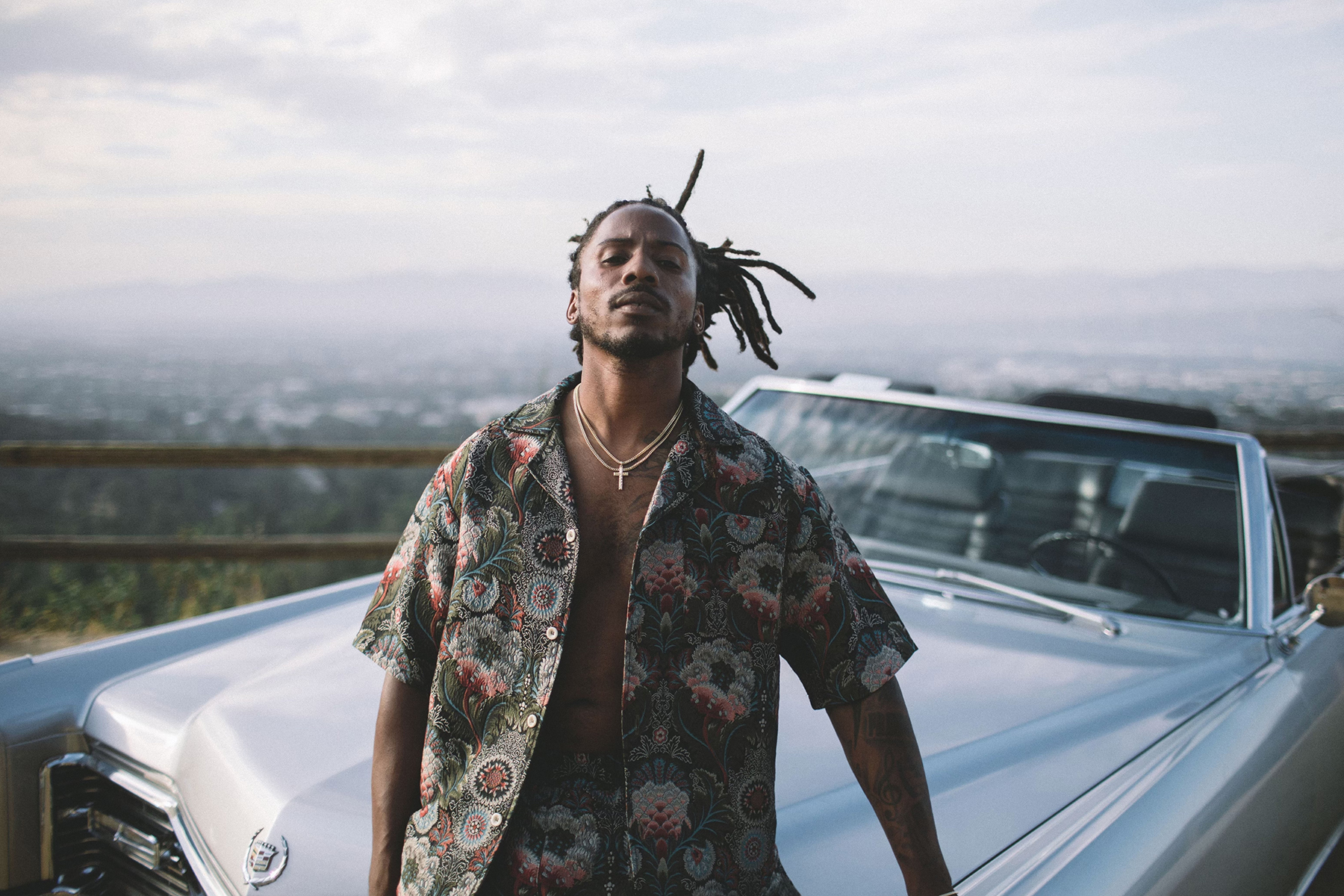 On Inglewood rapper D Smoke’s latest single, “Glide,” he self-soothes with reminders of his resilience. The track debuted Tuesday morning with a performance video on the popular minimalist music platform Colors.

Although the song begins with a cocky hook (“I look sexy when I’m walking through this bitch/I look sexy when I’m moving through your city”), D Smoke goes on to recount moments of struggle and doubt. “Glide” builds into a monument to strength, most titanic when he embodies his mother’s encouragement: “You should know keep building your own bridge/And if you need something I got you/Some chicken, some greens, some cornbread/And now when you sing it’s gon’ be seasoned/They eating that shit to the bone left/You’ll get it if you keep on doing right/Even when everyone’s going left.”

Born Daniel Farris, D Smoke is the winner of Netflix’s 2019 rap reality competition Rhythm + Flow. The 36-year-old beat out 29 MCs and impressed judges Cardi B, Chance the Rapper, and T.I to take home the $250,000 prize (rather than, as one may expect, a record contract). His debut album, 2020’s Black Habits (released via WoodWorks Records and Empire) earned him Grammy nods for Best New Artist and Best Rap Album. His follow-up, War & Wonders, was released last September.