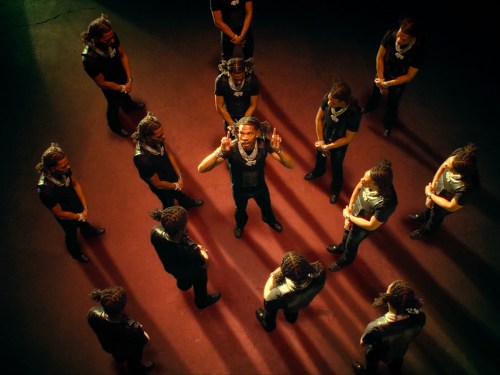 Single will appear on It’s Only Me, the follow-up to 2020’s My Turn, out Friday

Nothing is throwing Lil Baby off his game. On his latest single, “Heyy,” the rapper keeps his eyes on the prize, dismissing petty drama in favor of adhering to the lessons he was taught growing up.

In the accompanying music video, directed by Ivan Berrios, Lil Baby basks in a luxurious empire of his own making. Surrounded by women, money, and a dozen copies of himself, the Atlanta native recounts the humble advice that got him there: “Take some, only when you need it/You won’t make it far bein’ greedy/My grandma taught me how to be a leader/If we fly commercial, we got greeters/They just know that we important people/They see how we comin’, think we ghetto/Until their children tell ’em I’m their hero.”

“Heyy” will appear on Lil Baby’s forthcoming album It’s Only Me, set for release on Friday. The record will follow 2020’s My Turn. On Instagram, he wrote, “I Kno Its Been Along Time Coming But I’m Coming Harder And Harder.”

The rapper also shared the tracklist for It’s Only Me, which notably doesn’t feature many of the singles he’s shared throughout the year, including the newly released “Detox” and “Frozen.” The album does see Lil Baby teaming up with Nardo Wick, Young Thug, Future, Jeremih, EST Gee, Pooh Shiesty, and more.

It’s Only Me Tracklist: