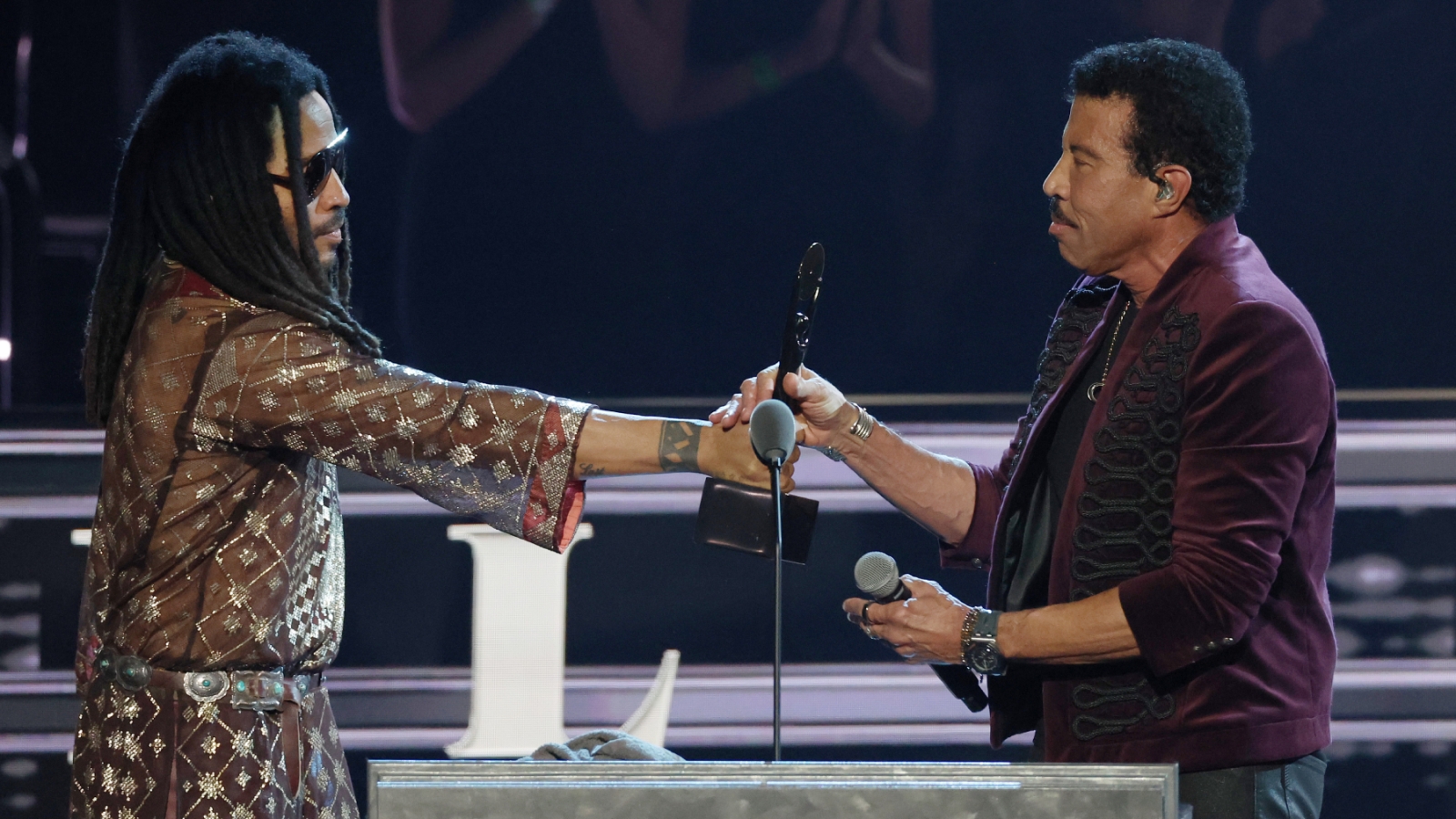 Lionel Richie has one of the most beloved bodies of work of any musician. So when one of his lifelong admirers, Lenny Kravitz, inducted the Commodore into the Rock & Roll Hall of Fame, Kravitz tried to convey who Richie is when the world isn’t watching.

Years ago, Richie visited Kravitz at his home in Miami for a jam session. It was their first meeting. Kravitz was anxious — which is, honestly, difficult to picture — and wanted everything to be perfect. Just as they were getting into a groove, his 93-year-old grandfather who was living with him ambled into the living room, asking the world-class musicians to “take their noise someplace else.” Kravitz was mortified. But Richie handled it grace.

“That’s Lionel Richie. Respectful. Warm. And, above all, humble,” Kravitz said. “He has remained that down-home brotha from Tuskegee, Alabama. The man doesn’t have a pretentious bone in his body.”

Kravitz applauded Richie’s “beautifully diverse” collection of songs. As a fan, Kravitz knew he didn’t have to go into detail. He simply listed the titles of songs and with each one, the audience burst into cheers. “His songs are the soundtrack of my life, your life and everyone’s life,” Kravitz said. “Lionel’s songbook is rich and beautifully diverse. To name all his brilliant songs would take, well, ‘All Night Long.’”

Earlier this year, Rolling Stone spoke with Richie after news of his Hall of Fame induction. “It’s probably going to be one of the greatest nights because I can now appreciate that time in my life,” he said. “Normally we’re so busy trying to survive that you don’t really enjoy the moment. That’s going to be an evening where I just sit with all my friends and peers and just take it in.”

Lionel and I met about 25 years ago and he’s been like a big brother ever since. Let me tell you about the first time we hung out and how I began to know him. Lionel and I had been wanting to write together so when he was in Miami, where I was living at the time, he came by the house for a session. I was a completely blown away. I was going to be working with one of my musical heroes. I wanted everything to be perfect. I set up a portable studio in the kitchen and as soon as he arrived we started jamming. As our ideas were starting to flow, my 93-year-old grandfather, Albert Roker, walked in and turned on the TV to watch a heavyweight fight that he’d been waiting for.

Just as we were figuring out the chorus, Grandpa turned around and said, “Hey, you fellas you mind taking that noise someplace else?” I froze. I looked at Lionel, Lionel looked at me, and then I looked at my grandfather and wanted to say, “Grandpa, I’m writing with Lionel fuckin’ Richie!” Okay. First of all, I would never speak to my grandfather like that. Secondly, if I had, he would have whooped my ass right in front of him. [Unintelligible.] That’s when Lionel jumped in and said, “Yes sir, Mr. Roker. We’ll be right out of your way, we’ll move to another room.”

That’s Lionel Richie. Respectful. Warm. And, above all, humble. He has remained that down-home brotha from Tuskegee, Alabama. The man doesn’t have a pretentious bone in his body. Lionel also happens to be the funniest person I’ve ever met. I never laugh as hard as I do when I’m with him. It’s the kind of laugh that comes from the soul. When Lionel shows up, everyone gets happy.

As a singer-songwriter, producer and performer, he’s on the mountaintop of musical icons. If the history of this thing we loosely call rock and roll is ever definitively written, Lionel will command a major chapter all his own. As a Commodore, he was sensational, only to out-do himself as a solo artist. His music has brightened the lives of millions of fans. And his influence on artists like me, who have followed him, is pervasive and profound.

Lionel’s legacy is rock solid. And while I believe Lionel ranks in the highest category of creative artists, there’s one segment of his artistry that demands special praise. His songs. His songs are the soundtrack of my life, your life and everyone’s life. Lionel’s songbook is rich and beautifully diverse. To name all his brilliant songs would take, well, “All Night Long.”

Along with Michael Jackson, Lionel composed one of the most monumental songs in musical history, “We Are the World,” produced by Quincy Jones, which brought together the greatest artists to contribute to the fight against famine in Africa. It was an extraordinary act of love. But, of course, Lionel Richie is love. Love personified. Love projected to everyone and everything he touches; love incorporated in his acts of kindness, compassion and care.