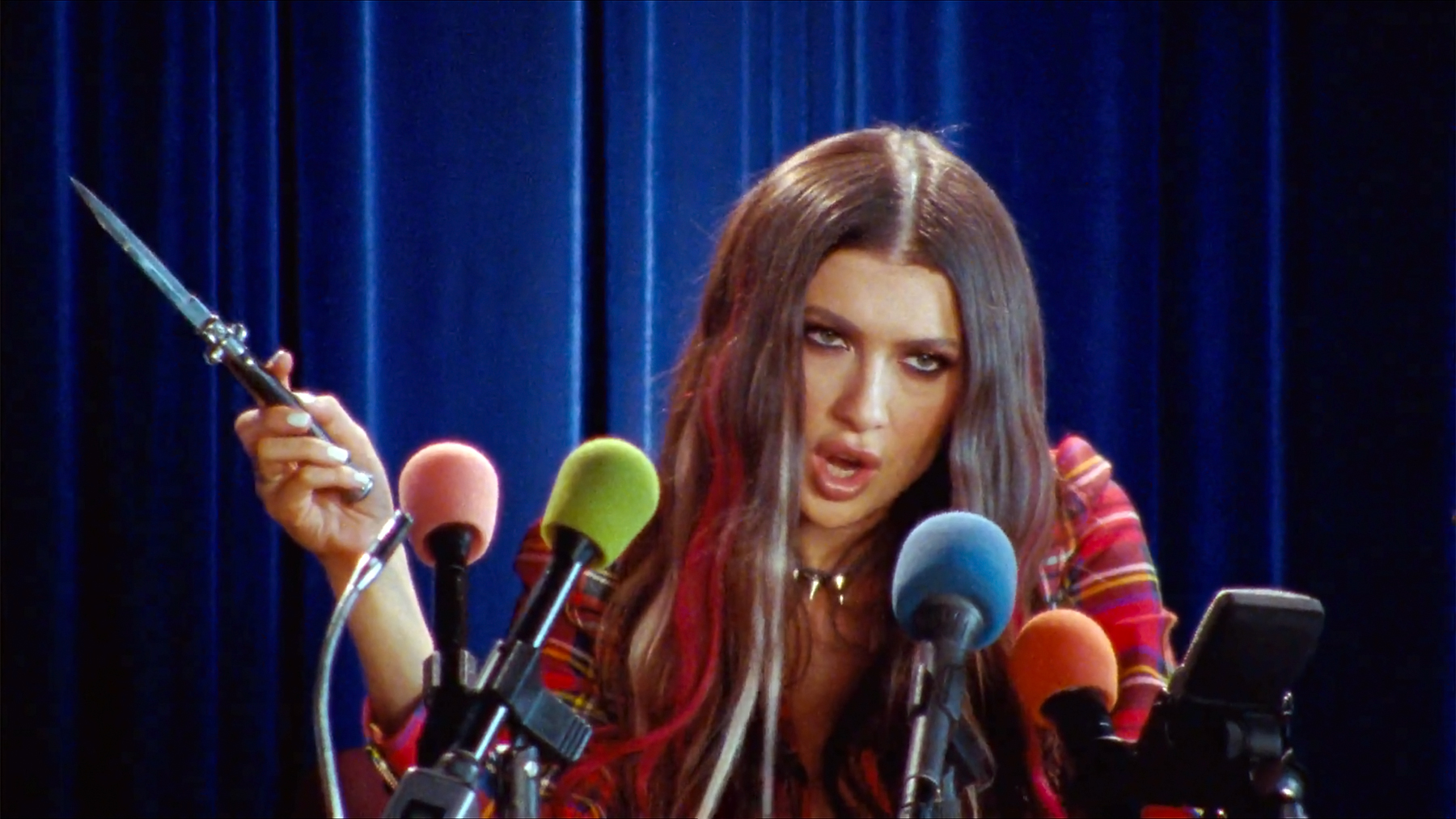 Leah Kate is putting both middle fingers up to her ex-boyfriend in her new “10 Things I Hate About You” music video, which follows the TikTok pop-punk darling giving a press conference revealing all the things she despises of her former love. (Rolling Stone premieres the video.)

“Revenge isn’t always best served cold. I wanted the video to be a little more immediate, a little like a slasher movie. Or the threat of one,” Kate tells Rolling Stone. “I loved having all the other angry girls behind me like a Greek Chorus, just to show that guys who are serial heartbreakers shouldn’t think that they can get away clean.”

The video laces clips of Kate singing into the camera as she’s surrounded by a gang of girls who seem ready to throw hands as she counts down all the reasons why she’s done with her former man.

Kate says she wrote the punk track when realizing that she “really needed to get over this guy” after being sad about the relationship for way too long. “I made a list of 50 reasons why I shouldn’t miss him and why I should hate him. It very quickly turned into a song,” she says. “I’m a big list maker. It was like someone pushed a button and I immediately felt better. I’m not saying this song is a self-help guide, but I know when I realized that my song made me feel better that it might help other people get over a relationship too.”

The new single comes several months after she released a seven-track EP titled What Just Happened?, which included tracks like “F U Anthem,” viral track “Fuck Up the Friendship,” and “Shit Show.” Kate has been blowing up on TikTok, where she’s built a strong following of more than a million fans, who tapped into the singer’s breakup tracks and empowering anthems.

“Sometimes I think I feel more like myself on stage than off and can weirdly be kind of shy sometimes when I’m off,” she says. “I used to feel like I wanted to throw up before every show but recently really conquered my stage fright.”

Kate moved to New York to pursue her career in music as a way to force herself “out of my comfort zone.”

“I got a job on the side but then got fired from it because I spent so much time working on my music. For a whole year, I lied to my dad that I had a job,” she says. “Most of my songs come from the things that happened to me there: the partying, the toxic relationships. Who would have thought that a bad man could inspire such a good song?”

Kate is set to join Chase Atlantic as an opener this summer.