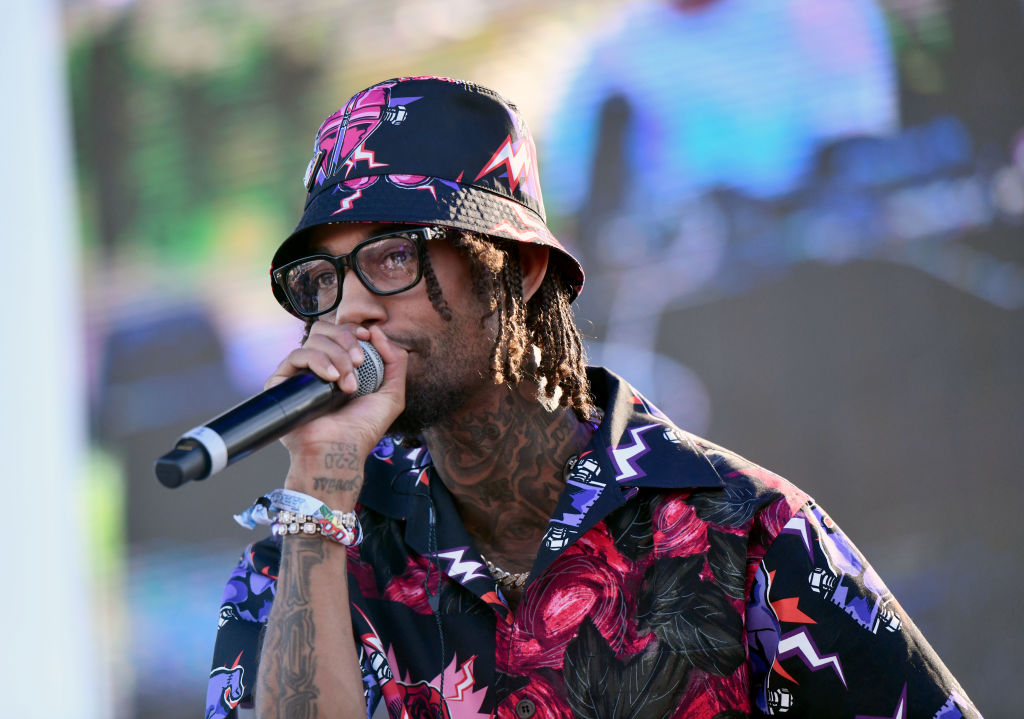 The Los Angeles Police Department has identified a person of interest in the killing of rapper PnB Rock, who has shot to death during a robbery attempt at a Roscoe’s Chicken & Waffles in Los Angeles.

Police named Freddie Lee Trone as a suspect Wednesday and asked for the public’s help in finding the person of interest; Trone has not yet been apprehended, and police consider him “armed and dangerous.” The LAPD believes Trone was the gunman in the Sept. 12 murder of the Philadelphia rapper born Rakim Allen, KTLA reported.

Additionally, Trone’s 17-year-old son was arrested for serving as the getaway driver for his father. According to the Los Angeles Times, the LAPD also confirmed that a woman named Shauntel Trone was also arrested on suspicion of accessory to murder.

Trone, who has previously gone by the alias “tiny night owl,” has a criminal record, including a 2002 robbery arrest and a 2005 felony charge for threatening someone, Rolling Stone has confirmed.

Allen was shot multiple times during the robbery attempt and was rushed to an area hospital, where he was pronounced dead. “The victim was eating at a table when he was approached by one suspect,” LAPD Officer Norma Eisenman told Rolling Stone. She said the “suspect demanded items” from the rapper, brandished a weapon, and fired multiple shots. The suspect “removed some items from the victim, entered a waiting vehicle, and fled the scene.” 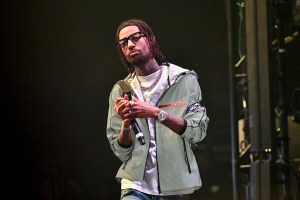 Earlier this week, Emmanul Danquah, aka South Side Chief, a Minneapolis-based videographer and media personality, attempted to clear his name after being falsely implicated by social media for playing a role in PnB Rock’s murder; Danquah and Allen had previous public arguments over Instagram Live.

Danquah said he had nothing to do with the murder and that he and PNB Rock were on cordial terms. “I didn’t have anything to do with it,” he said during an interview on the Drea O Show YouTube account. “I wasn’t there, I didn’t make an ‘OG phone call’ or anything.”

TMZ reported last week that the LAPD was “under the impression [that PNB Rock’s murder] might’ve been more than just a random robbery … on the contrary, it may have been a planned execution by a foe.” An LAPD source refuted that description, telling Rolling Stone that “at this time that we have not established a motive and we are NOT ‘under the impression’ that this might have been a planned execution. We look at every angle in every homicide. It would be irresponsible to not look at all the possibilities.”

This story was updated on 9/28 at 1:53pm ET with information about additional arrests.