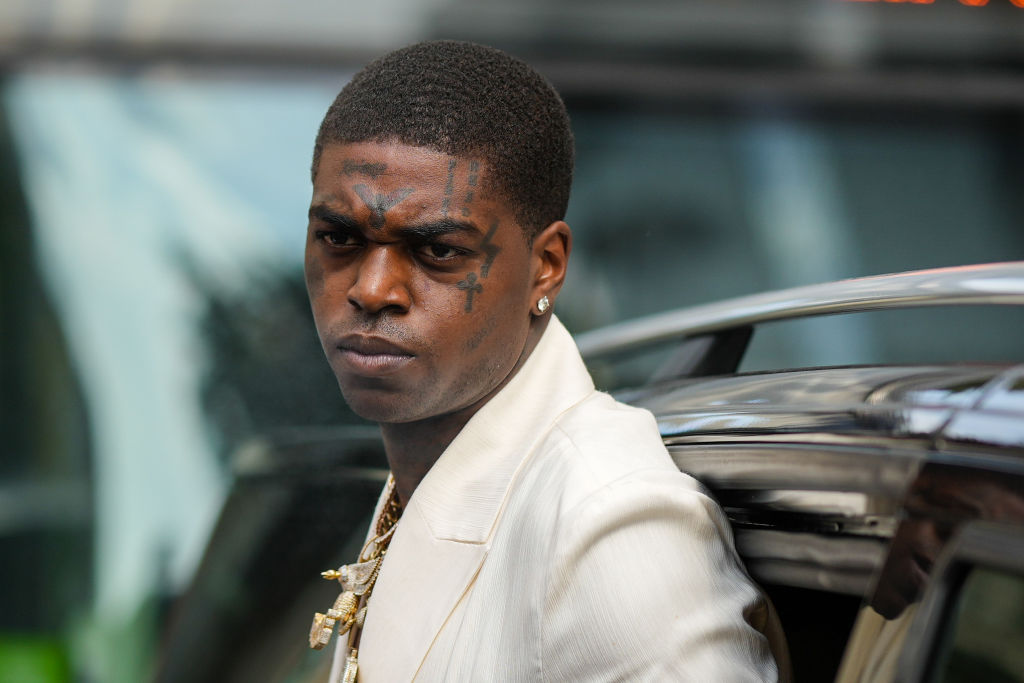 The rapper was charged with a felony one charge of trafficking oxycodone and a lesser charge of possession of a controlled substance according to the Broward County clerk. He remained behind bars Saturday morning pending a bail hearing.

TMZ first reported that the rapper born Dieuson Octave (who later changed his name to Bill Capri) was stopped by Florida Highway Patrol Friday night over expired tags and over-tinted windows on an SUV he was traveling in.

Upon pulling the car over, police smelled marijuana and searched the vehicle, with officers claiming they found the rapper in possession of 31 oxycodone pills and nearly $75,000 in cash. Black was then arrested and taken to Broward County Jail, where he was booked on the two drug charges.

A lawyer for Black did not immediately respond to Rolling Stone‘s request for comment.

Kodak Black has faced numerous legal issues in recent years, most notably a 46-month prison sentence in Nov. 2019 for falsifying information on federal forms to buy firearms; that sentence was ultimately commuted in Jan. 2021 by then-President Donald Trump on his last full day in office.

Black previously served seven months in a Florida prison on charges of marijuana possession, child neglect, grand theft of a firearm and possession of a firearm by a convicted felon. Black has also been previously charged at various times with weapons possession, armed robbery, sexual assault, probation violations and fleeing from officers.

The rapper, who was shot earlier this year outside a Justin Bieber concert afterparty in Los Angeles, also pleaded guilty in a sexual misconduct case in April 2021, but did not serve any jail time due to a plea deal. An outstanding trespassing case against the rapper was also dismissed in Jan. 2022.