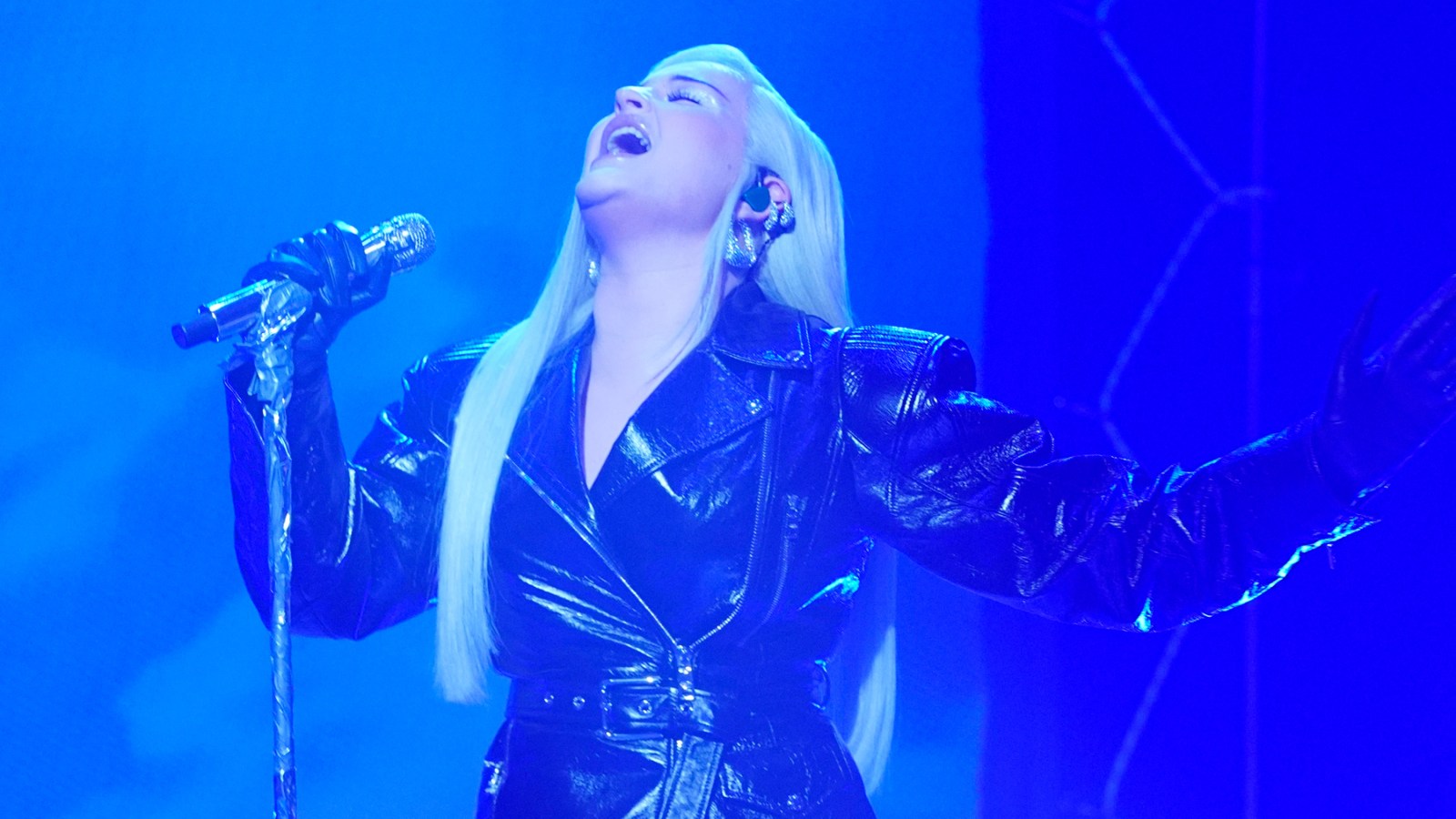 Kim Petras brought an icy chill to the Late Night With Seth Meyers stage on Monday night to premiere the debut live performance of her latest single, “Brr,” which is expected to appear on the singer’s upcoming third studio album.

“You should pull me up closer/Turn the heat up in your Rover,” Petras sang, the smoke machines putting in overtime to create an icy-looking cloud around her white platform snow boots. “Why don’t you take it out on me?/If you think you’re so cold, brrr.”

The singer’s late-night appearance marked her second major television performance in the past week, following her cameo during Sam Smith’s musical guest slot on Saturday Night Live this past weekend. Performing their collaboration “Unholy,” Petras slipped out from beneath Smith’s dress to run through her verse.

“It was a moment for sure, I was under there for a long time,” Petras told Meyers. “It was very well rehearsed.” Waiting for her cue, the singer found herself ducking and dodging Smith’s dance moves while also trying to keep her hair in order. “It was very hot, and I was sweating,” she said, comparing her collaborator’s dancing to Lil Kim’s iconic “Quiet Storm” choreography.