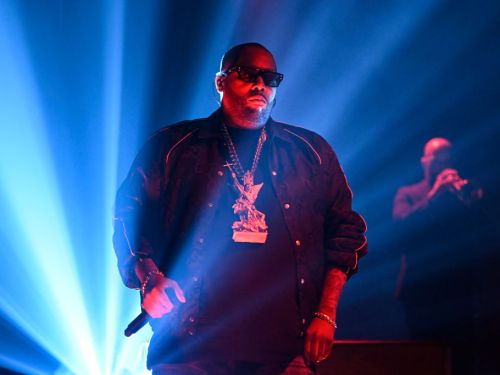 Killer Mike visited the Tonight Show Friday to discuss the importance of voting on a local level and the recently passed Decriminalizing Artistic Expression Act, as well as perform his latest solo single “Run.”

With the midterm elections coming up, Killer Mike sat down with Jimmy Fallon to encourage people to “Get registered to vote, get out and vote,” citing the recent legislation in Atlanta that attempted to close down Black-owned clubs.

“It’s very serious, and hyper-serious locally. On a very local level, the people that are chief of police, the mayors you elect, your prosecutors, your city council people, it’s very important,” Killer Mike said of the importance of voting.

“A couple weeks ago, they were threatening the nightlife in Georgia — in Atlanta in particular — which kind of sprouts some of the biggest artists in the world — 2 Chainz, T.I., Lil Baby and myself — and if those clubs, which a lot are independently or small business-owned, get closed, it closes the whole economy.”

The Run the Jewels rapper continued, “I got a chance to go testify with a lot of other people who own clubs, 2 Chainz was there, and because we did that city council decided to work with the club owners to figure out a better policy. That’s the power of voting, and that’s why I want people to vote.”

Killer Mike also gave a breakdown of the Decriminalizing Artistic Expression Act that was signed into law in California last week — which limits how prosecutors use rap lyrics as evidence against defendants — noting that the bill protects our constitutional rights of free speech. “And if you don’t believe in freedom of speech for those people you don’t agree with, you don’t believe in freedom of speech at all,” Killer Mike said.

The rapper also talked about his recent role on the Netflix series Ozark as well as his new single “Run,” his first solo song in 10 years. “It’s a hopeful, uplifting, from Black Atlanta, Black America just to say, ‘We got to keep running toward victory and freedom,’ he said of the single, which he later performed as musical guest.