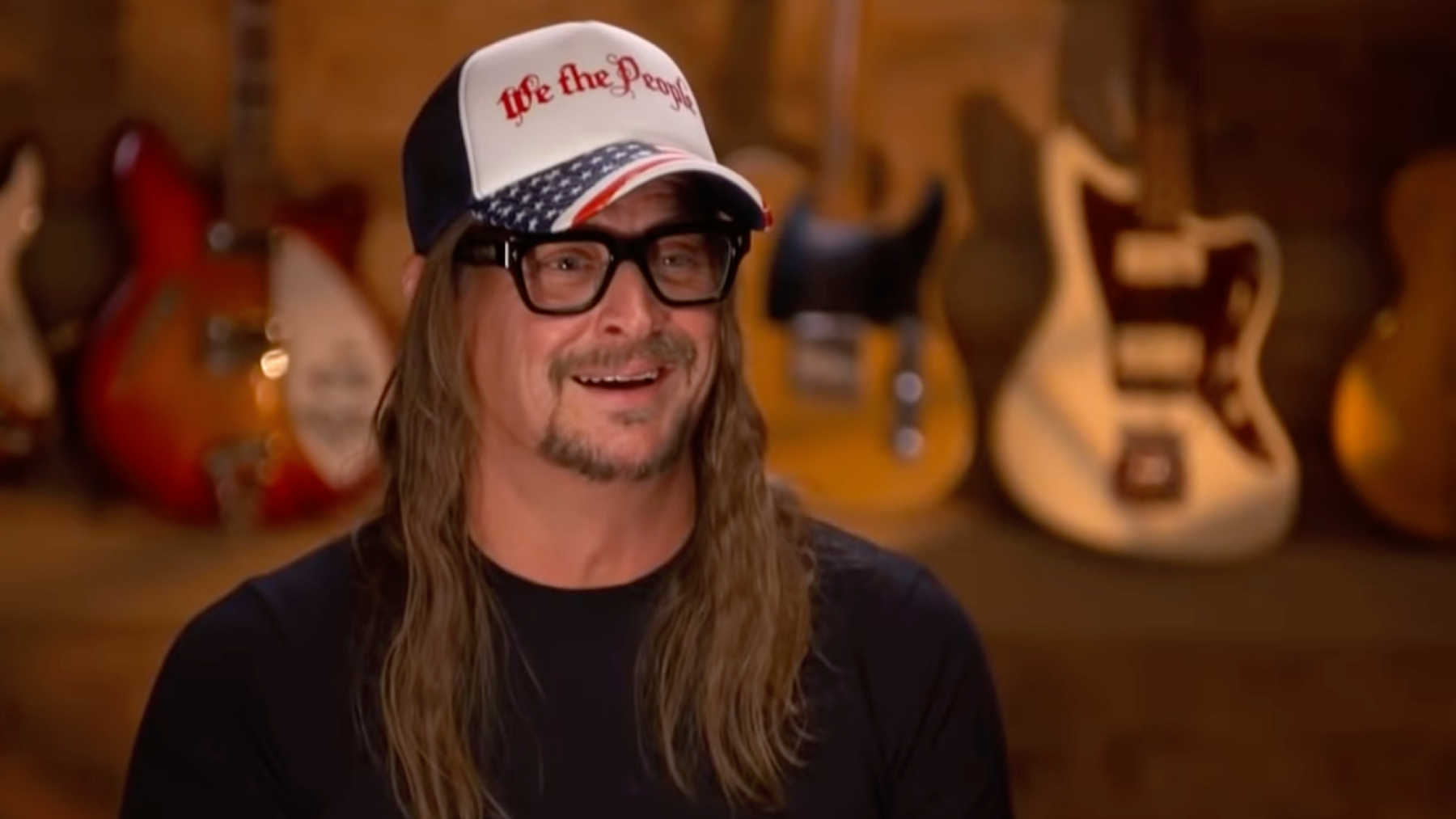 Kid Rock had the platform of Fox News’ biggest primetime slot — an interview with Tucker Carlson! — to go off about anything he could possibly want, but the best he could offer was a few re-hashed, milquetoast statements about how he hates Anthony Fauci and can’t be canceled.

The snooze-fest interview aired Monday, March 21, and was tied to the arrival of Kid Rock’s new album, Bad Reputation. Throughout the conversation, Kid Rock regurgitated a whole bunch of talking-point hits from his right-wing culture warrior era.

The “headline-grabbing” nuggets included such statements as: “I’m uncancelable… You can’t cancel me. I love it when they try.” “Fuck Fauci.” “To you critics, haters, and trolls — go fuck yourself” (this last barnburner of a statement really seemed to titillate Carlson, who let loose with a grin as wide as his V-neck sweater).

To Kid Rock’s credit, he did make things a bit more interesting later in the interview when he revealed that his golfing buddy, former President Donald Trump, once sought his advice on North Korea and the Islamic State. Rock, along with Ted Nugent and Sarah Palin, visited Trump in the White House in 2017, and Rock said Trump ran a tweet by him about the end of the ISIS caliphate.

“I don’t like to speak out of school,” Rock said. “I hope I’m not. But … the tweet was, and I’m paraphrasing, but it’s like, you know, ‘If you ever joined the caliphate, you know, trying to do this, you’re going to be dead.’ He goes, what do you think? I go, ‘Awesome! Yeah, tweet that out! I can’t add anything better.’”

Kid Rock continued: “We’re looking at maps and shit, and I’m like, ‘Am I supposed to be in on this shit?’ Like I make dirty records sometimes… [Trump asked] ‘What do you think we should do about North Korea? I’m like, ‘What? I don’t think I’m qualified to answer this!”