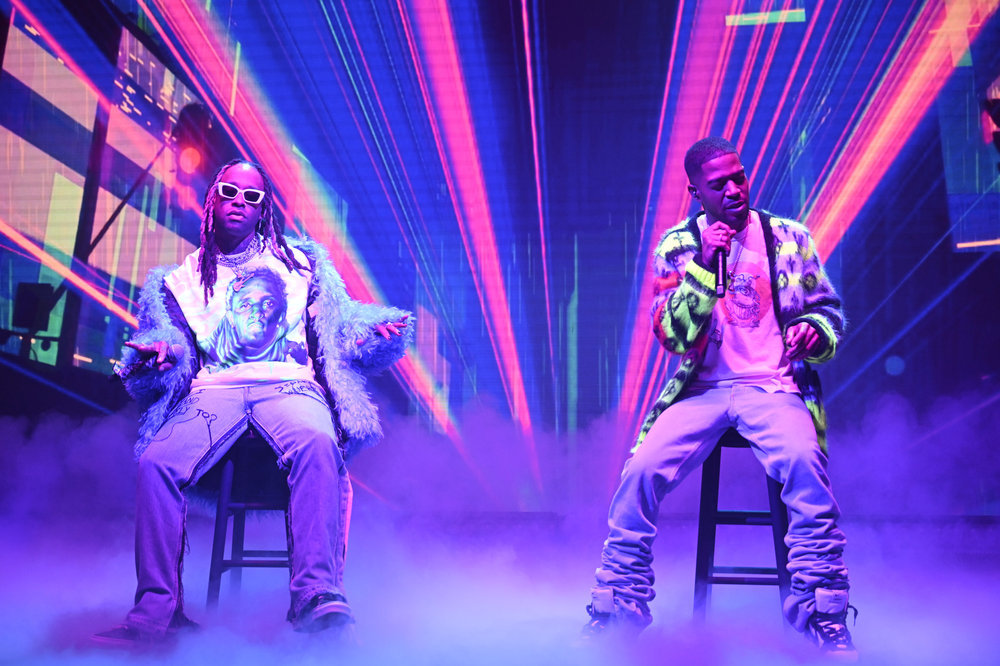 Kid Cudi appeared on The Tonight Show to perform his new single, “Willing To Trust,” with the help of Ty Dolla $ign. The pair showcased the mid-tempo, ambient track while seated side by side on the late-night show’s stage.

Cudi dropped “Willing To Trust” last week. The song will appear on his new album, Entergalactic, which is out Sept. 30 via Republic Records and will be accompanied by a Netflix series of the same name. Entergalactic is Kid Cudi’s eighth solo album (and 10th overall, counting collaborative efforts WZRD and Kids See Ghosts) and follows 2020’s Man on the Moon III: The Chosen. Prior to dropping “Willing to Trust,” Cudi shared “Anger” and “Do What I Want.”

Kid Cuti also sat down with host Jimmy Fallon to discuss his dual projects, posing mostly nude on the cover of Esquire, and working with filmmaker Ti West.

The release of Entergalactic marks a big moment in Kid Cudi’s career. “I never imagined I would have this many albums,” Cudi recently told Rolling Stone. “So right now I feel extremely blessed to be able to do what I’m doing at this stage in my career.”

He added, “It’s one of those things where I’ve been able to grow with the times, but, still remain myself. And that’s an art form in itself because we’ve seen it with other artists. Some artists don’t stand the test of time. So when you see me do songs like “GHOST!” from Man on the Moon II and kids go crazy over it. Like it just came out. It says something. It’s a really powerful feeling.”