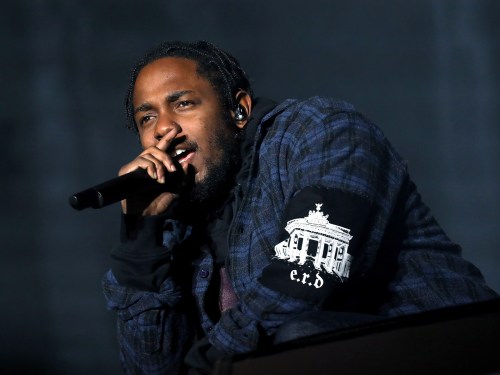 The Big Steppers tour has taken Kendrick Lamar around the world in support of his fifth studio album, Mr. Morale & the Big Steppers, and his first in five years. With a recently completed North American leg under his belt and dates in Australia and New Zealand on the horizon, the rapper is using the Paris stop of the European stretch to celebrate how far he’s come with a special livestream hosted by Amazon Music and Prime Video.

Lamar’s sold-out show at the Accor Arena will stream in its entirety on Oct. 22 at 2 p.m. EST. Promoted as an almost film-like event, the livestream will feature opening performances from Lamar’s cousin and frequent collaborator Baby Keem, as well as Tanna Leone — who features on the Mr. Morale and the Big Steppers Track “Mr. Morale.”

The concert coincides with the 10-year anniversary of his culture-shifting sophomore album Good Kid, m.A.A.d City. Throughout the Big Steppers tour, Lamar has performed essential singles from the album, including “Backseat Freestyle,” “Swimming Pools (Drank),” and “Bitch, Don’t Kill My Vibe.” But he’s also made room for the project’s deep cuts, like “Money Trees” and “M.A.A.D City.”

In a statement, Amazon Music Head of R&B and Hip-Hop Tim Hinshaw shared: “As a kid from the west side of Compton, hearing ‘Good Kid, m.A.A.d City’ for the first time and seeing Kendrick’s journey from neighborhood hero to global superstar ignited a fire in me that I’m forever grateful for. It showed me that no matter where you start in life, hard work and dedication will put you where you hope and dream to be.”

He added: “Now, 10 years later, it’s almost poetic that two kids from the same city with similar but different dreams have landed in Paris to celebrate not just that record but Kendrick’s latest revolutionary album, ‘Mr. Morale & the Big Steppers.’ We’re honored to sponsor this tour and bring this show to fans around the world.”