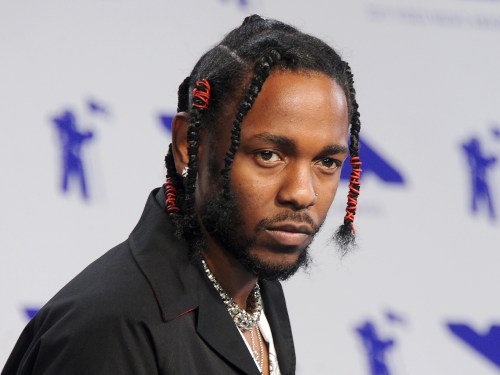 Kendrick Lamar almost left his fifth studio album, Mr. Morale & The Big Steppers, to collect dust. In a new interview with W Magazine, the rapper admitted that the record — which navigates throughout his psyche with poignant reflections as he attempts to relinquish control he obtained as a traumatic coping mechanism — was particularly difficult to release given how personal the record was. But he said his newfound perspective as a father pushed him to share the project without concern about how his audience, or those who inspired the subject matter, would receive it.

“When I got to completion, and I said, ‘I may or may not put this out; I’m not going to put this out; it’s way too much,’ I thought about my children,” Lamar explained. “I thought about when they turn 21, or they’re older in life, and when I got grandchildren, or if I’m long gone—this can be a prerequisite of how to cope. That’s the beauty of it for me.”

The rapper hoped his children could look back on the record and follow in his footsteps toward generational healing, but he also saw the effects of his honesty trickle into the relationships of people within his inner circle. “It’s like when I be talking to some of my partners that never was able to express themself and communicate – they only knew how to communicate with violence – and for them to call up they moms, call they pops and say, ‘You hurt me, and this pushed me to go stay with my grandma, which my grandma pushed me to stay with my homies, which the homies pushed me to….’” Lamar said. “For them to be able to express that and have that communication is rewarding for me.”

But in order for Mr. Morale to break through in the way that he needed it to, both for himself and for his audience, Lamar had to push his own personal boundaries. The record features deep ruminations on Black trauma, his mother, partner, and aunt, the horrors of slavery, and more that wouldn’t be found anywhere else for the social media-averse artist. To open himself up properly, he had to be as straightforward as possible, which he knew meant that his tone or delivery might rub some people in his life the wrong way.

“I’m a private person; it was tough for me,” Lamar said. “The reason why I had to make that decision, whether they was for or against it, I just didn’t want the influence. I could have cut corners and got flashy with it and worded my words a certain way—nah, I had to be in the rawest, truest form I could possibly be in order for it to be freeing for me, in order for me to have a different outlook and the perspective on people I’m talking to. I had to reap whatever consequences came behind that, and also be compassionate and show empathy if they were hurt by it.”