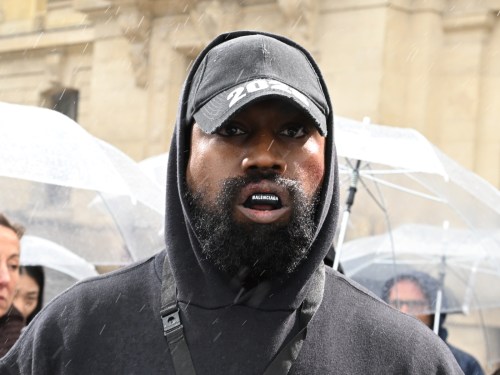 Kanye West’s Instagram has been restricted and some content was deleted for violating parent company Meta’s policies, a Meta spokesperson confirmed to Rolling Stone. The news follows a week of controversy that kicked off mass condemnation after he displayed T-shirts sporting “White Lives Matter” at his YZY fashion show in Paris on Monday.

Repeatedly violating the platform’s policies and breaking its rules may result in restricting an offending user from posting, sending DMs, or commenting. It is unclear what content West posted that led to the restriction and deleted content, or for how long the restriction will be in place.

The restriction came on the heels of a reported exchange between the rapper and Diddy that some users deemed anti-Semitic. The post has since been deleted. Earlier in the week, Diddy criticized West for the T-shirts he presented in Paris.

American Jewish Committee issued a statement following the reported exchange between West and Diddy. “Kanye West has had a streak of rants this week that is remarkable even by his standards,” the statement reads. “Ye needs to see that words matter, especially a vicious antisemitic comment that recently surfaced on social media. If he wants to have any credibility as a commentator on social issues, let alone as a musician, maybe he can start by figuring out how to make a point without fomenting hatred of Jews.”

West responded to the Instagram restriction by hopping on to Twitter for the first time in nearly two years to taunt Meta and call out Mark Zuckerberg. “Look at this Mark,” West wrote, sharing a photo of the two of them together. “How you gone kick me off instagram.”

The Instagram restriction takes West’s long week of controversies and stretched them into the weekend.

In-between a two-part interview with Tucker Carlson on Fox News on Friday, West began posting statements on Instagram appearing to blame the criticism of him on Jews. In a text exchange purportedly between West and Diddy, West said that he would “show the Jews that told you to call me that no one can threaten or influence me.”