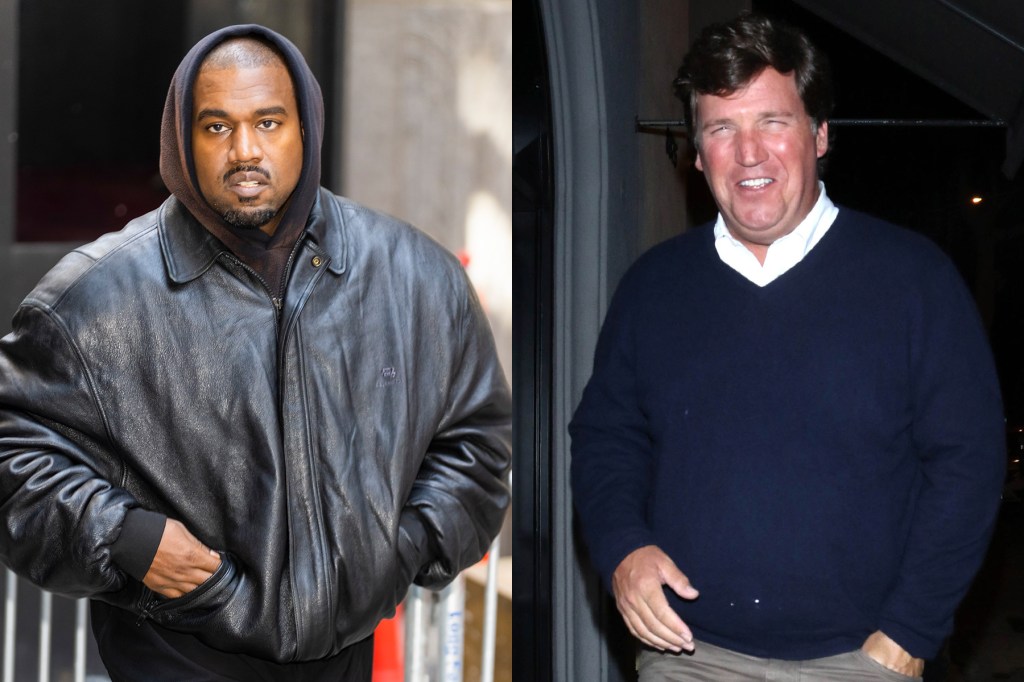 A few days after Kayne West and models for his new Yeezy line donned “White Lives Matter” T-shirts at Paris Fashion Week, “Ye,” made an appearance on the show where white lives matter most: Fox News’s Tucker Carlson Tonight.

“Everyone knows that Black Lives Matter was a scam. Now it’s over. You’re welcome,” West wrote on Instagram on Monday.

Not surprisingly, West found a sympathetic ear Thursday in Carlson, Fox’s resident champion of white nationalist ideology and a professed critic of the Black Lives Matter movement who often conflates the Black Lives Matter nonprofit with any form of advocacy by people of color in an attempt to discredit the #BLM movement as a whole.

During the interview, West defended the use of the “White Lives Matter” tagline on his clothing, suggesting during a long-winded monologue that the idea for the shirts stemmed from “a gut instinct, a connection to God and just brilliance,” not unlike the one Tonya Harding had when she landed the triple axel.

“The answer to why I wrote ‘White Lives Matter’ on a shirt is because they do. It’s the obvious thing,” West said.

The interview, which occupied the entire hour of Carlson’s primetime show, touched on a range of bizarre tangents, including attacks on West’s ex-wife Kim Kardashian, the Kushners and a potential presidential run.

At one point West criticized supporters of his “good friend” Lizzo and the body acceptance movement, describing it as “demonic” and part of an attempted “genocide of the Black race.”

The Yeezy fashion show has received widespread condemnation from musicians and fashion industry figures. Vogue editor Gabriella Karefa-Johnson called the shirts an “incredibly irresponsible and dangerous act,” and took a torch to the stunt in a blistering statement: “The T-shirts this man conceived, produced, and shared with the world are pure violence,” Karefa-Johnson wrote. “There is no excuse, there is no art here.” Various artists invited to the show declined to attend and some, including artist Jaden Smith and journalist Lynette Nylander, walked out of the show.

The mother of Ahmaud Arbery, a black man murdered by two white men in a racially motivated attack, condemned West’s actions. West had previously donated $2 million to families of Arbery, George Floyd, and Breonna Taylor. “This mockery of the Black Lives Matter movement and his now denunciation of the movement as some sort of hoax flies directly in the face [of what he’s said,]” said Wanda Cooper-Jones in a statement via her lawyer. “As a result of his display ‘White Lives Matter’ started trending in the U.S., which would direct support and legitimize extremist behavior, [much] like the behavior that took the life of her son.”