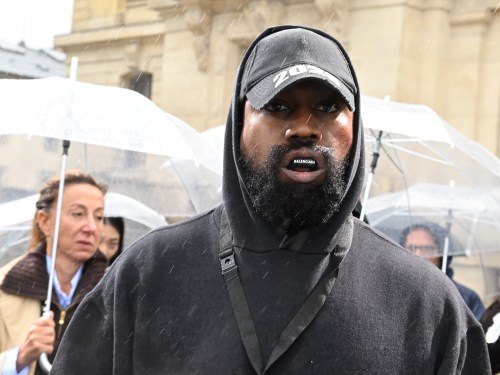 Kanye West’s priorities are miles away from where they likely should be. During a recent interview with Chris Cuomo, the musician was pressed on his recent antisemitic comments harder than he has been since declaring his plans to go “death con 3 on Jewish people.” But his attempts to clarify his statements dug him into an even deeper hole when he deflected multiple logic-seeking questions and complained that he isn’t referred to as a billionaire frequently enough by the media outlets covering his erratic behaviors.

“And it’s unfair to make it be about, ‘oh are you taking care of yourself?’” West said, nodding to questioning about his mental health. “The reason why I repeated it a bunch of times and for all of my friends that are in the entertainment energy industry that are Black actors, Black athletes, and Black musicians … there’s so many Black musicians signed Jewish record labels, and those Jewish record labels take ownership, not only of the publishing … but also ownership of the culture itself. It’s like, ‘oh, that’s mine.’ This guy signed to me. It’s like modern-day slavery. And I’m calling it out. That’s what DEFCON three meant. I’m gonna call it out. It didn’t mean I wish any harm on [anyone].”

West also told Cuomo: “Black people are all also Jew – I classify as Jew also – so I actually can’t be an antisemite. The term is actually not factual.”

When pressed by the NewsNation host, who explained that the rapper’s line of thinking that Black people are exempt from being antisemitic isn’t a common understanding, he expressed a responsibility to challenge conventional thinking if it means reaching what he believes to be the truth.

Even when Cuomo attempted to explain the danger of attributing unfortunate experiences with business executives in the music industry to their lineage or faith, the rapper spun the narrative back to Black people being “owned by the Jewish media” and chanted “la, la, la, la, la” over Cuomo’s instant rebuttals, uninterested in hearing any perspective other than his own.

“I know you are intelligent and understand that when you target people because of their faith, other people may do the same,” Cuomo said, further adding that, despite whatever West believes his intentions to be rooted within, many of his so-called points are inherently antisemitic. “We don’t want to tolerate that.”

Meanwhile, West suggested that if his comments are going to continue to be paired with a “crazy narrative” in the media, stemming largely from his online targeting of Pete Davidson and his ex-wife Kim Kardashian, they should at least come with descriptors that he finds more fitting. “They never call me a billionaire,” he complained. “Tycoon, billionaire, visionary, inventor – these are never used. If you go to New York Times and Wall Street Journal, they always say ‘the rapper.’”