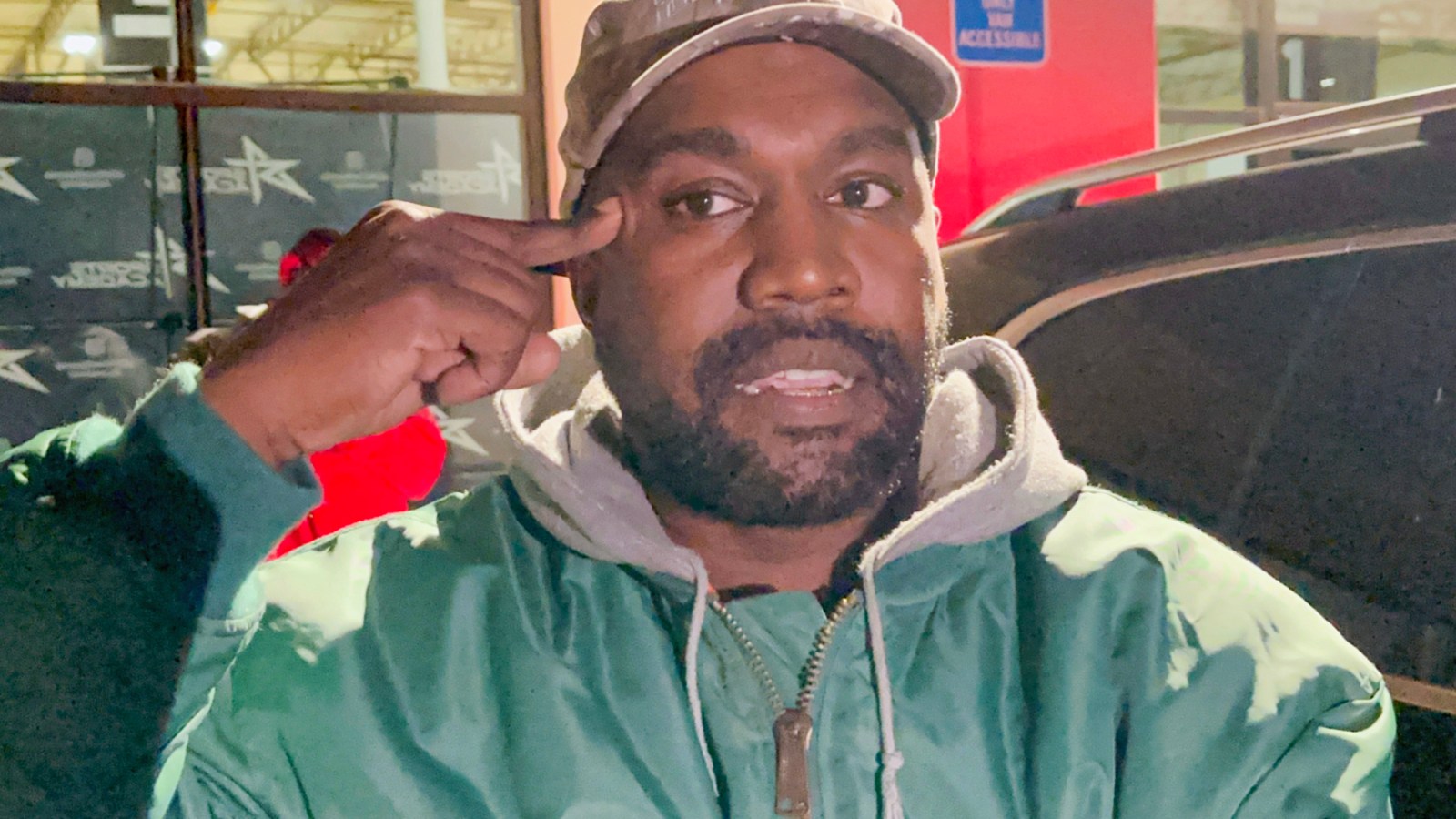 Kanye West is taking full advantage of the “free speech” haven that is Parler by getting to reap (post more antisemitic comments) without really having to sow (face any consequences).

The rapper first started using Parler a couple of weeks ago after it was announced that he planned to purchase the right-wing social media app following his suspension from both Instagram and Twitter. But despite his impending stake in the company, Ye only posted sporadically for the first few days — until he got booted from Instagram again over the weekend, that is.

So how did West make his grand return to Parler? By continuing to spew indefensible hate speech, of course. In fact, he shared the very same offending photo that got him booted off Instagram in the first place: A screen-grab of a text message conversation with Russel Simmons, the hip-hop mogul who’s faced numerous accusations of rape and sexual assault (which he’s denied). After Simmons suggested West consider coming abroad to rebuild his empire, West replied, “I’m staying in America. I gotta get the Jewish business people to make the contracts fair. Or die trying.”

West captioned it, “Got kicked off instagram for 30 days for telling Russel Simmons that I was going to make ‘you know who’ have better contracts and business practices. Jesus is king.”

A couple of hours later, West turned his attention to his former custody lawyer, Robert Cohen. In his first post, West appeared to accuse Cohen of making a racist comment during their first meeting. West said he asked Cohen why there was a Black woman present at the meeting and claimed, “[Cohen] replied, Chris Rock told me I needed to hire someone black. He didn’t say She was a great lawyer. He simply said I hired her cause she was black.”

West then claimed that, at their “last and final meeting,” Cohen told him that he would lose custody of his children if he continued to make antisemitic statements. West wrote, “So let me get this straight. If I complain about Jewish business practices it’s considered anti Semitic. So my custody lawyer was basically telling me If you complain about getting done wrong in business You will loose custody of your children. And this was the guy on my side.”

Cohen did not immediately return Rolling Stone’s request for comment.

West’s posting spree also included a literal definition of antisemitism (not exactly clear what he was trying to prove with that one), as well as a message expressing disappointment with one of his own hip-hop heroes and former collaborators, Q-Tip, who shared a note of support with Jewish people in the wake of West’s offensive comments. That expression of solidarity with a community West has demonized consistently over the past month, instead of himself, really seemed to bum out the rapper, who wrote, “Never meet your heroes.”

Keep in mind, this all came just hours after West “apologized” for his recent behavior, claiming he did not realize he was being antisemitic. Based on his Parler posts, we’d have to disagree.