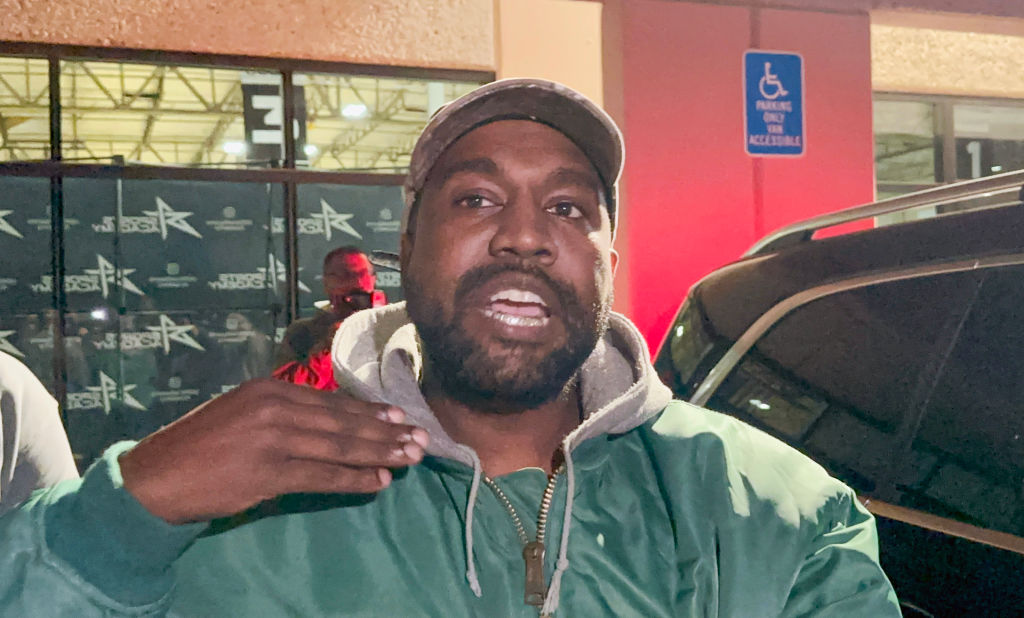 Kanye West returned to Twitter Wednesday night to send his first tweet since Elon Musk’s takeover of the social media platform — and prove that he hasn’t changed a bit.

Weeks after his infamous “Death Con 3” tweet and subsequent activity resulted in his Twitter account being restricted, West returned to post a photo of his antisemitism-pushing brother-in-arms Kyrie Irving, who earlier in the night attempted to mollify his own controversy by issuing a non-apology and donating $500,000 to “causes and organizations that work to eradicate hate and intolerance in our communities.”

West previously proclaimed Irving as one of the “real ones” amid a string of Instagram posts three days earlier.

At the same time he was kicked off Twitter, the rapper was also booted from Instagram for his hate speech, but he was let back in last week — only to be immediately shut back out. Instagram re-restricted his account after he shared a screen-grab of a text message conversation with Russell Simmons, the hip-hop mogul who’s faced numerous accusations of rape and sexual assault (which he’s denied). After Simmons suggested West consider coming abroad to rebuild his empire, West replied, “I’m staying in America. I gotta get the Jewish business people to make the contracts fair. Or die trying.”

In the meantime, West had turned to the right-wing social media app Parler to continue spewing his antisemitic remarks.

The disgraced rapper and former billionaire’s newest tweet also came hours after a report that revealed that West has been using antisemitic language (as well as praising Adolf Hitler and the Nazis) for years, as six people who worked with West – or witnessed him in a professional setting – over the past five years told NBC News that he voiced conspiracy theories about Jewish people. One of the former employees received a settlement from the rapper.

As West has only been restricted from Twitter and not outright banned, his account does not yet fall under the purview of the planned “content moderation council” that will ultimately decide the fate of banned accounts. With his restriction now officially lifted, West is once again free to tweet at will.