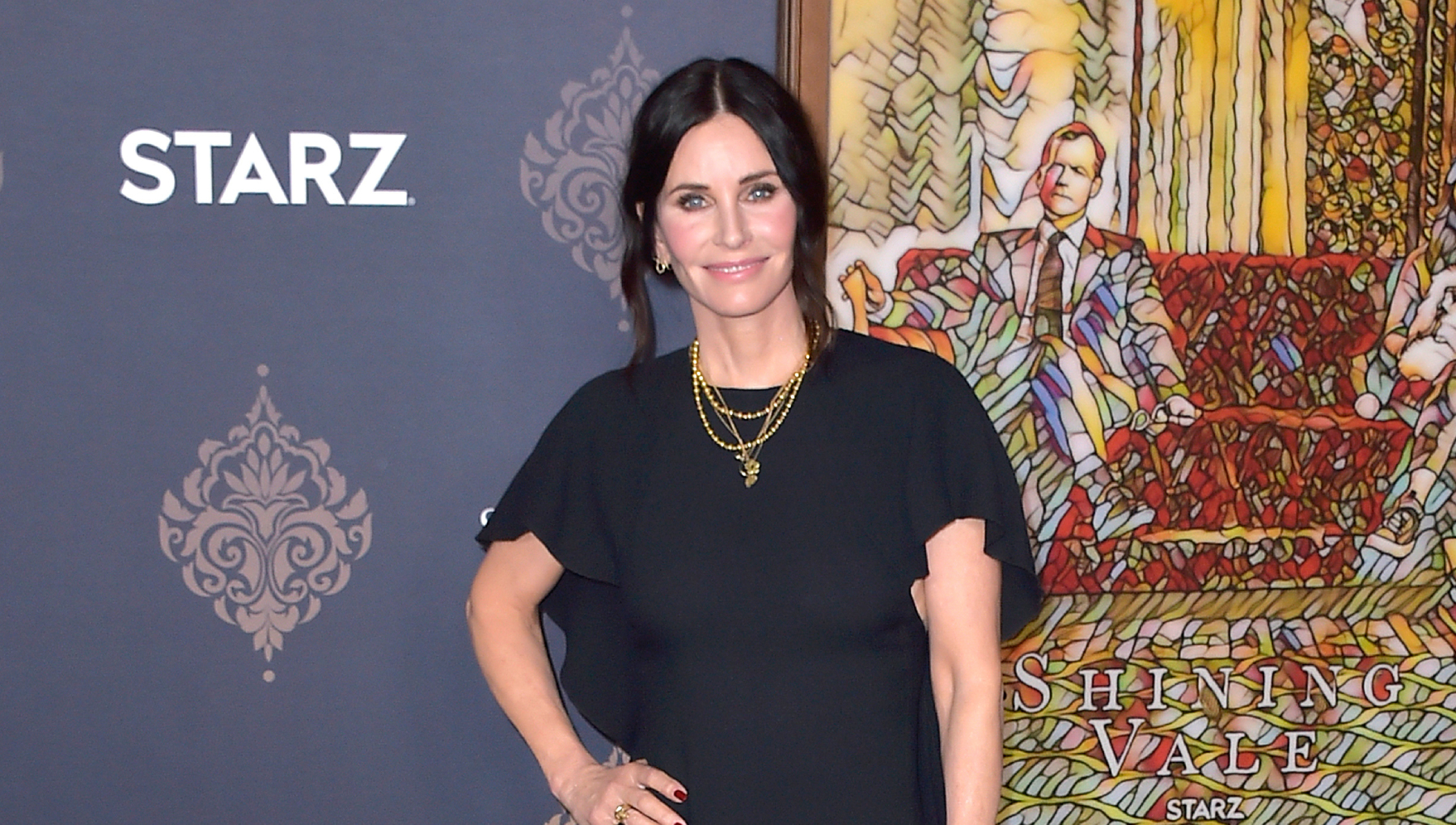 “I bet the old Kanye thought Friends was funny,” the actress quipped

Kanye West may have claimed he didn’t actually write that “Friends wasn’t funny either” tweet, but Courteney Cox just found out about it and she’s super bummed.

West admitted he wasn’t responsible for the two-year-old viral tweet a couple of days ago, while addressing that fake Kim Kardashian diarrhea Instagram post. While someone had apparently copied West’s latest Instagram style and used it for that fake post, the “Friends wasn’t funny either” tweet actually did come from his account, only West seemed to admit he’d taken the line from somewhere else.

“I know you guys gonna be disappointed but I actually didn’t write the tweet that said ‘Friends wasn’t funny either’ but I wish I had,” he said. “I’d love to know who thought of that. I like to post comments.” (For extra context, the “Friends wasn’t funny” tweet was sent in the lead-up to the 2020 election after Jennifer Aniston wrote on Instagram that she was voting for Joe Biden and added, “PS – It’s not funny to vote for Kanye.”)

Nevertheless, when Cox saw that fateful burn resurface, it was clearly the only thing she could think about. In a short video set to West’s “Heartless,” she zeroes in on the sentence, especially the “Friends wasn’t funny” part, and you can visibly see the moment her heart shatters as she slams the music off.

“I bet the old Kanye thought Friends was funny,” Cox quipped in the captions. (Alas, the old Kanye probably didn’t think it was funny either. Though we’d love to know his thoughts on Frasier.)