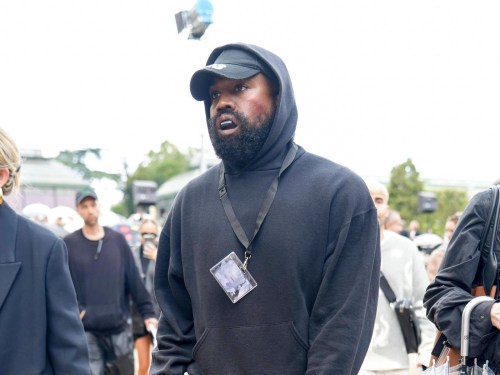 Parler’s parent company, Parlement Technologies, announced that Ye had agreed in principle to purchase Parler. The platform launched in 2018, touting itself as a “free speech” social media app for those sick of supposed censorship on mainstream platforms (or, in other words, folks who needed a place to post stuff that would likely get them booted from Twitter, Facebook, Instagram, etc.).

West — who just had his Twitter and Instagram accounts restricted for antisemitic posts — said of the Parler deal in a statement, “In a world where conservative opinions are considered to be controversial, we have to make sure we have the right to freely express ourselves.”

Along with announcing the agreement, Ye also launched his own Parler account. As of publication on Oct. 17, he’d yet to post anything. (Reps for West did not immediately return Rolling Stone’s request for additional comment.)

According to the press release, West’s purchase of Parler is expected to close by the end of 2022. No financial terms were disclosed, though Parlement will reportedly provide West with continued technical support, as well as the use of its private cloud and data center infrastructure.

Parlement Technologies CEO George Farmer — who just happens to be the husband of one of West’s best conservative pals, Candace Owens — said in a statement, “This deal will change the world, and change the way the world thinks about free speech. Ye is making a groundbreaking move into the free speech media space and will never have to fear being removed from social media again. Once again, Ye proves that he is one step ahead of the legacy media narrative. Parlement will be honored to help him achieve his goals.”

Farmer also discussed the deal on Fox Business this morning, where host Maria Bartiromo first feted him for all he’d supposedly done for free speech before cautiously asking what he thought about all those tweets, which “some [said] was antisemitic.”

Along with saying that West called his infamous “death con 3 on Jewish People” tweet a mistake during Drink Champs — while ignoring all the other comments West made on the podcast made about Jewish people controlling the media — Farmer said, “He’s obviously willing to have conversations that plenty of people want to have. I think he’s trying to engage in the free speech environment… I would like to say he’s now in a place where he’s fallen victim to the cancellation narrative. Whether or not what he said offended some people, of course, is up for conversation.”

These past few weeks, West has been on a tear that rivals the 2018 run that culminated in his infamous visit with Donald Trump at the White House. There was the “White Lives Matter” shirt he wore at his own YZY show at Paris Fashion week earlier this month’ the bans from Twitter and Instagram’ the heavily-edited Tucker Carlson interview, where a whole lot of antisemitism was left on the cutting-room floor; an appearance on The Shop that was axed for “hate speech,” and his appearance on Drink Champs over the weekend where he complained that Jewish people controlled the media and falsely claimed George Floyd wasn’t murdered but died from Fentanyl.

Hell, Rolling Stone even reported that Trump thinks West is acting too “crazy” and needs some professional “help.”