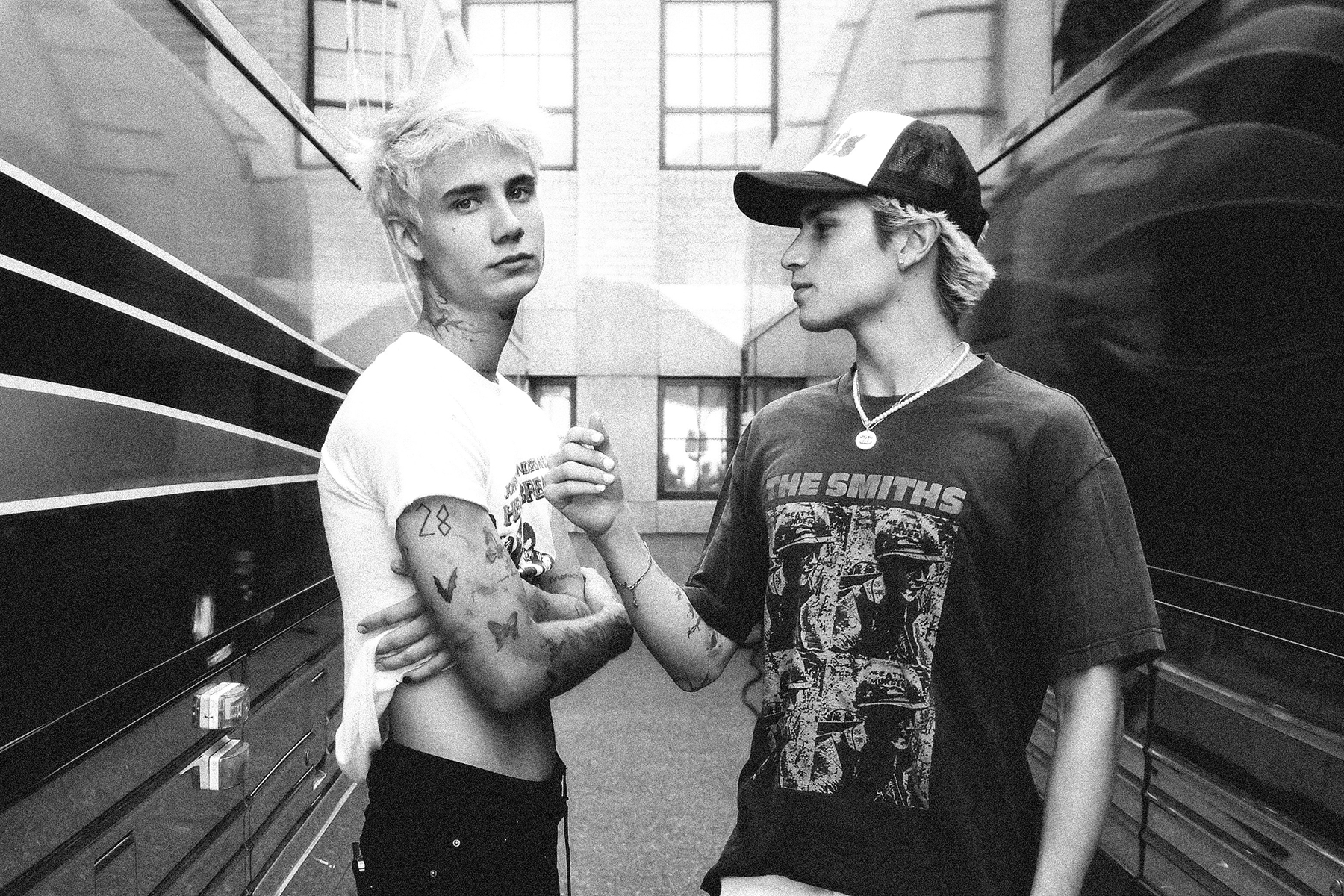 Jxdn continues to mourn the death of his close friend, creator Cooper Noriega, with the release of two new songs, “Beautiful Boy” and “Even in the Dark,” on what would have been Noriega’s 20th birthday Tuesday.

“All I’m trying to do is allow people to feel like they’re not alone in their feelings — and there’s so many vast feelings, that’s why I didn’t want to tie it down to just one specific emotion or idea,” he told Billboard about the pair of songs. “I was really trying, even though it’s only two songs, to create a world. I hope to one day add on, but this is exactly what it needs to be for now. And Cooper’s really blessed me with the peace of knowing that.”

Jxdn’s “Beautiful Boy” is more of an uptempo track, where he sings to Noriega, “Why’d you go so soon when you said you promised you wouldn’t,” over an uptempo, pop-rock beat. The second song, “Even in the Dark,” hears just his vocals over an acoustic guitar.

“Wish that I could hit you up and tell you I forgive you/I know I’ll never get to/but I’ll never forget you,” he sings. “I’ll celebrate your birthday even if it isn’t with you.”

Jxdn, who said he still feels “foggy” when talking about his grief, worked with Travis Barker to create the two songs. “Travis has really experienced everything that a person can experience, and he’s gone through this for sure,” he said. “So I go to the studio and we didn’t plan anything, we were just talking about Cooper and how amazing he was. We weren’t worried about what the songs were gonna be, we were making them because it was therapy.”

Jxdn also opened up to Billboard about the two’s friendship and how important Noriega was to his life.

“It’s not like I need anything from him, I just want to be next to him,” he said. “People don’t really understand how much he made me feel safe. I really have never had a relationship with anyone like I had with Cooper, because it was such an intense, real love.”

He added, “And I don’t wanna remember Cooper as all these things people who didn’t even know him are remembering him by [because he struggled with addiction and mental health]. He was such a light in the world, and that was part of the reason that he struggled so much, because he loved everyone else so much more than he loved himself.”

A cause of death for Noriega is still being investigated, though his friends and family are raising funds for a rehab facility and a Discord that Noriega started days before he died focused on mental health.