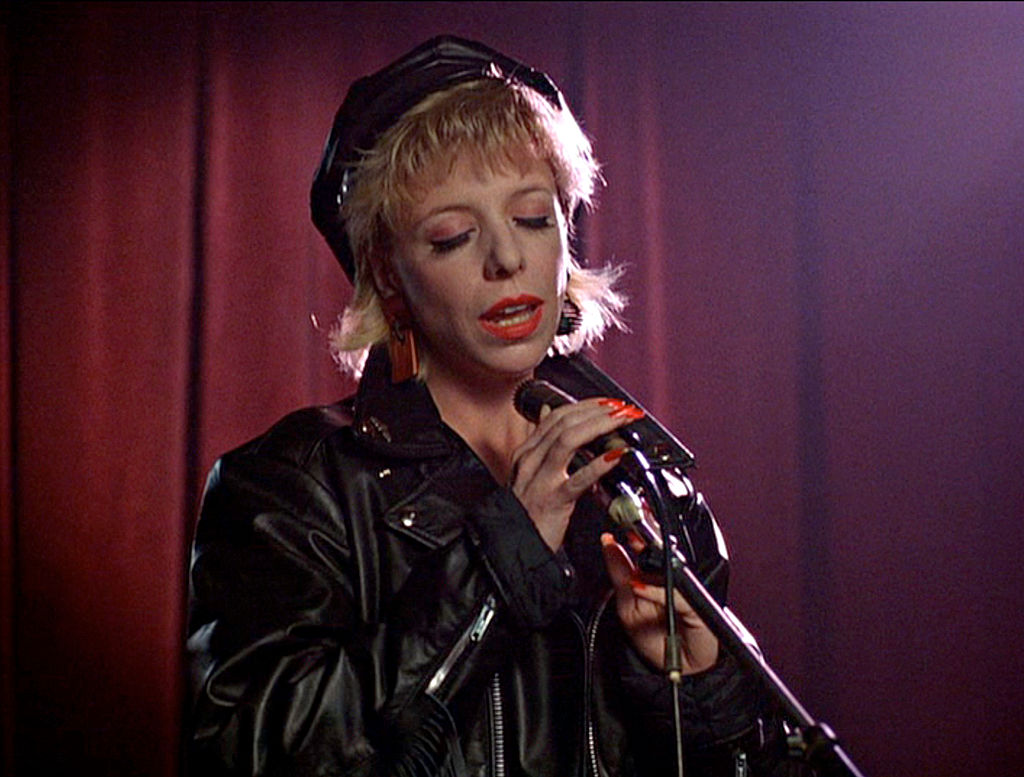 Singer Julee Cruise, whose haunting voice made her a favorite of filmmaker David Lynch, has died at 65. The news was confirmed by her husband, Edward Grinnan on Facebook, per The Guardian. “She left this realm on her own terms. No regrets,” he wrote. “She is at peace.”

Grinnan added, “I played her [B-52’s song] ‘Roam’ during her transition. Now she will roam forever. Rest in peace, my love.”

Born in Iowa in 1956, Cruise worked with Lynch on several occasions. Her best-known song was “Falling,” released as part of her 1989 debut album Floating Into the Night. The instrumental version of the track, written by Angelo Badalamenti, was used as the theme to Lynch’s iconic 1990 TV series, Twin Peaks. She also appeared as a character on the series, reappearing 2001 spin-off film Twin Peaks: Fire Walk With Me and Twin Peaks: The Return, a long-awaited third season of the show that premiered in 2017.

Prior to Twin Peaks, Lynch first utilized Cruise’s music for his 1986 film Blue Velvet, which prominently features her Badalamenti collaboration, “Mysteries of Love.” In 1990, the singer appeared alongside Nicolas Cage and Laura Dern as a character named “The Dreamself of the Heartbroken Woman” in Lynch’s avant-garde theater production, Industrial Symphony No 1.

Cruise worked with other filmmakers, as well. In 1991, she covered Elvis Presley’s “Summer Kisses, Winter Tears” for the soundtrack of Wim Wenders’ Until the End of the World. Her second album, The Voice of Love, was released in 1993. Her third album, The Art of Being a Girl, didn’t come out until 2002.

Besides her own music, Cruise also performed with other artists. She toured with The B-52’s as Cindy Wilson’s stand-in from 1992 to 1999, and performed with Bobby McFerrin’s improvisational vocal group Voicestra/CircleSong.

In 2018, Cruise released Three Demos, a collection of three recordings Cruise cut with Lynch and Badalamenti between recording the song “Mysteries of Love” for Blue Velvet and her debut album. It included include early versions of “Floating,” “The World Spins,” and “Falling.”

Badalamenti recalled how Lynch impacted the success of Floating Into the Night in a 2014 interview with Rolling Stone. “It was obviously a different sound,” he said of Cruise’s music. “When it came out, radio stations said they had no slots for it. Is it pop? Not really. Is it R&B? Certainly not. What is it? Even the more avant-garde stations found it unusual, so it was difficult getting airplay. But when ‘Falling’ came out as the main title theme of Twin Peaks, that was a whole different story.”

In the same interview, Cruise noted she had heard her influence in the music that has come in the decades since with female singers. “They sing like sexy baby girls,” she said. “They all have their own personality.”

A cause of death has yet to be confirmed, however in 2018 Cruise shared on her Facebook page that she was suffering from systemic lupus and was having difficulty walking and standing.