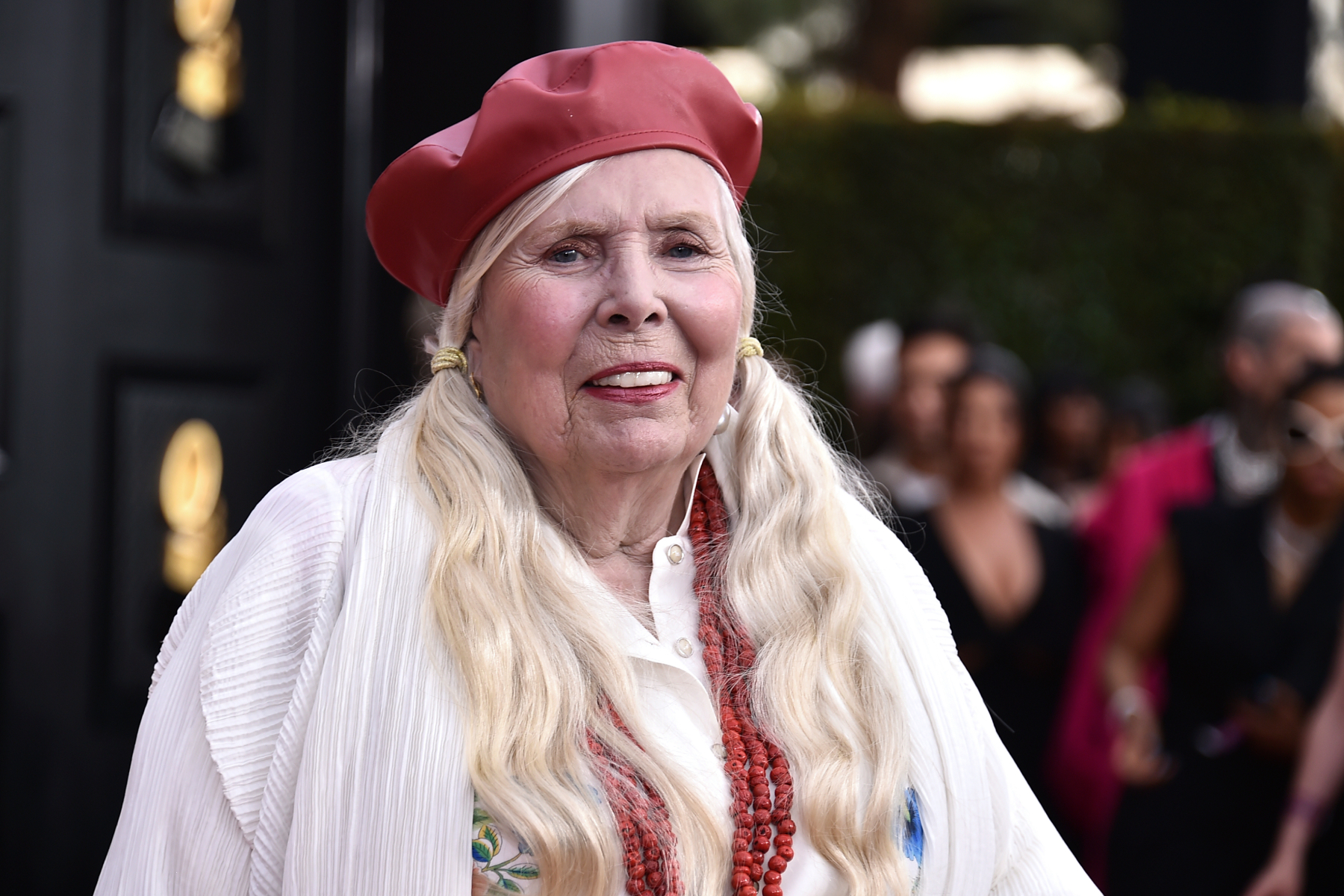 “Well, luckily I’m too old to get a swelled head,” the singer-songwriter quipped at a small ceremony

Joni Mitchell was awarded an honorary doctorate from the Berklee College of Music at a small ceremony Tuesday night, Aug. 23.

Berklee shared a handful of photos from the event on Instagram, including a great shot of Mitchell alongside her friends and occasional collaborators, Herbie Hancock and Wayne Shorter. Mitchell also shared a photo of herself holding her honorary doctorate while also sporting a custom beret emblazoned with “Dr. Joni Mitchell” to mark the occasion.

“Well, luckily I’m too old to get a swelled head,” Mitchell said during the ceremony. “It’s a beautiful event. Words can’t describe it. I’ve got my good friends here with me… I wish my parents were alive. My mother in particular would be really proud of this because she wanted me to go to college. I went to art school and I quit after a year. She thinks of me as a quitter. So to see this achievement would be really impressive to her. I wish I could share it with her.”

Terri Lynne Carrington, founder and artistic director of Berklee’s Institute of Jazz and Gender Justice, said, “I am thrilled that we are finally able to honor Joni Mitchell. Her career and social principles stand for the values our institute pursues—imagination, freedom, equity, and identity. I can think of no one more deserving.”

Mitchell’s honorary doctorate marks yet another high point for the singer-songwriter, who’s enjoying a year packed with well-earned praise. Back in April, the Recording Academy’s charitable wing, MusiCares, feted her as its Person of the Year, while in July, she took the stage at the Newport Folk Festival for her first full set-length concert appearance in two decades. (She’s also a confirmed millennial and Get Z hero now.)