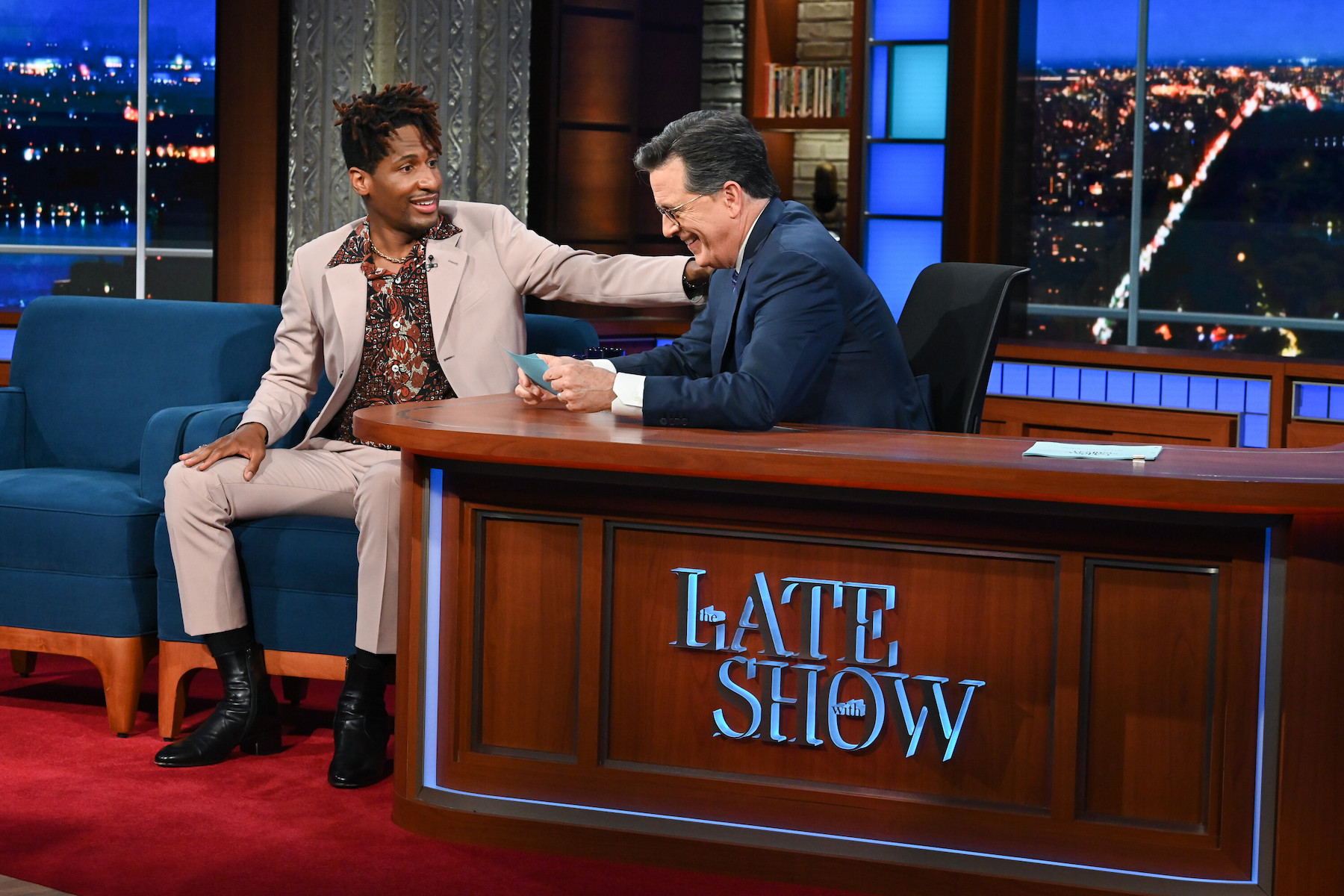 Jon Batiste has officially played his final note as the bandleader of The Late Show. Host Stephen Colbert announced the Grammy Award-winning artist’s exit from the show after seven seasons on Thursday night.

“Jon has decided to leave the show,” host Colbert said, “but it’s for all the best reasons, including to continue sharing his art with the world.”

He continued: “We have been so lucky to have a front-row seat to Jon’s incredible talent for the past seven years. And will we miss him here? Yeah! But we’re happy for you, Jon, and I can’t wait to have you back on as a guest with your next hit record. I love you.”

Congratulations to our new band leader @realLouisCato and The Late Show Band!! pic.twitter.com/seLY92jeee

Batiste has been absent from the show throughout the summer, with Louis Cato filling in as interim musical leader. And with Batiste officially stepping aside, Colbert also announced that Cato will take over the role full-time.

“He is a musical genius,” Colbert said. “He can basically play every instrument on that stage. Give him an afternoon, he’ll learn how to play Mozart on a shoehorn.”

“It has been one of the great honors of my life to work on this show, alongside some of the most talented musicians and creatives I know,” Cato said in a statement of his new gig. “Watching and learning from both Jon and Stephen for these past seven years, I’m genuinely excited to continue the tradition of excellence they’ve established.”

Batiste won Album of the Year earlier this year at the 2022 Grammy Awards for his album We Are, beating out Kanye West, Taylor Swift, Billie Eilish, Lil Nas X, Olivia Rodrigo, and more. He was the most-nominated artist during this year’s Grammys.