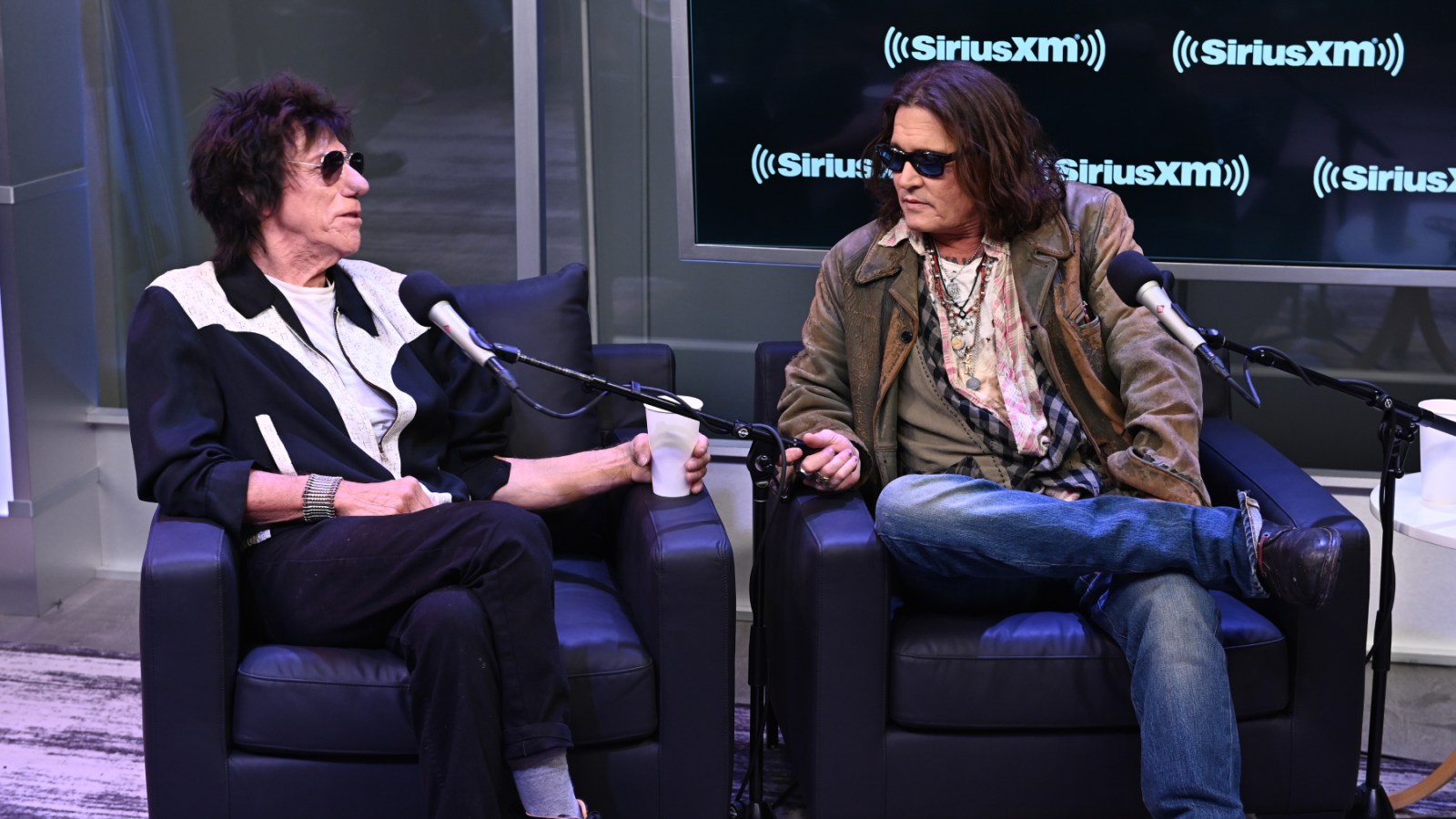 Johnny Depp and Jeff Beck have filed a lawsuit against folklorist and professor Bruce Jackson, who accused the pair of stealing the lyrics from a toast poem he documented in his 1974 book and 1976 album, Get Your Ass in the Water and Swim Like Me.

As Rolling Stone first reported back in August, Depp and Beck’s song, “Sad Motherfuckin’ Parade” (off their album 18) appears to pull numerous lines from a poem called “Hobo Ben,” including one that ostensibly gives the song its title. For instance, part of the original “Hobo Ben” poem goes: “I’m raggedy I know, but I have no stink/and God bless the lady that’ll buy me a drink.’/Heavy-hipted Hattie turned to Nadine with a laugh/and said, ‘What that funky motherfucker really need, child, is a bath.”

The lines, “I’m raggedy, I know, but I have no stink,” “God bless the lady that’ll buy me a drink,” and “What that funky motherfucker really needs, child, is a bath” all appear on “Sad Motherfuckin’ Parade.”

For his part, Jackson does not, and has never claimed authorship of the poem. He learned it from an inmate at Missouri State Penitentiary, identified as Slim Wilson, who said he learned it from his father. The poem, like so much music and art in the oral tradition, does not have a definitive author.

After Rolling Stone published its report, a spokesperson for Depp and Beck said the duo were considering additional copyright credits “if appropriate.” But a couple months later, it seems the pair are less interested giving credit than suing Jackson for unspecified damages, attorneys fees, and a declaration that they have not committed copyright infringement.

In a statement shared with Rolling Stone, Jackson replied, “They didn’t write a word of ‘Sadmotherfuckin’ Parade’ and they are suing the person they stole it from and who caught them doing it. From my point of view, this is like a burglar suing a homeowner because he cut his hand on the kitchen window he broke getting in.” (Jackson also noted that the first he learned of the suit was an article on TMZ and stated that, as of Saturday morning, Oct. 22, he still has not been officially served.)

Jackson also noted that the first he learned of the suit was an article on TMZ and stated that he still has not been officially served.

Lawyers Rachel and Michael Jackson (who are Jackson’s children) also rebuffed the lawsuit as “a bald attempt to distract the public’s attention away from their repeated attempts to claim authorship for a song that they did not write.”

Their statement continues: “The hypocrisy runs deep with these two. On the one hand, they claim that Professor Jackson cannot have a copyright interest in the song ‘Sad Motherfuckin’ Parade’ because it is a ‘toast’ or poem with uncertain authorship that was freely passed and shared within the African-American community — which Depp and Beck fully know is false. On the other hand, they repeatedly claimed authorship of this same song — first on the digital release of 18, and, later, on the vinyl release of 18.

“How do they explain this? They don’t. Instead, they filed a lawsuit against the person who exposed their apparent misappropriation of this African American work in the song ‘Sad Motherfuckin’ Parade.’”

According to Depp and Beck’s suit, Jackson sent the pair letters back in August alleging that that “nearly every single word” in “Sad Motherfuckin’ Parade” is “copied from ‘Hobo Ben’ including the title.” There were also suggestions that the “inflection, tonality, and rhythm” in “Sad Mothefuckin’ Parade” mirrored the recording Jackson made of Slim Wilson performing the toast in the 1960s. Jackson’s letter reportedly even alleged that Depp and Beck didn’t just copy the lyrics to “Hobo Ben,” but may have sampled that recording “to construct portions of the vocal track” on “Sad Motherfuckin’ Parade.”

Meanwhile, in their statement, the Jacksons noted, “It is important to understand that Depp and Beck have not denied that the lyrics and nuance of the vocals performed on ‘Sad Motherfuckin’ Parade’ appear to have been duplicated by Depp and Beck, which they have appropriated and credited to themselves. When this story first broke, Deep and Beck issued a statement to Rolling Stone that “if appropriate, additional credits will be added to all forms of the album.” Why have they walked away from this promise?”

Furthermore, Depp and Beck’s lawsuit described Jackson’s allegations as “part of an old-fashioned shakedown.” But according to Jackson’s statement, he never made “any formal financial demands of Depp and Beck.” Instead, “He has repeatedly specified that any settlement monies would be donated directly to organizations that further his life-long commitment to preserving African American culture and traditions. Depp and Beck’s claim that this is a ‘cashgrab’ is a publicity stunt and worse, another lie.”

Jackson put it a bit more bluntly in his initial interview with Rolling Stone, saying, “I don’t know if this record is selling. I’ve seen some reviews that I’d be very embarrassed to have gotten had they been my album. But if it is selling, Johnny Depp is making a lot of money on it. Should it go to him, or should it go to some place that helps the people who produced this culture?”