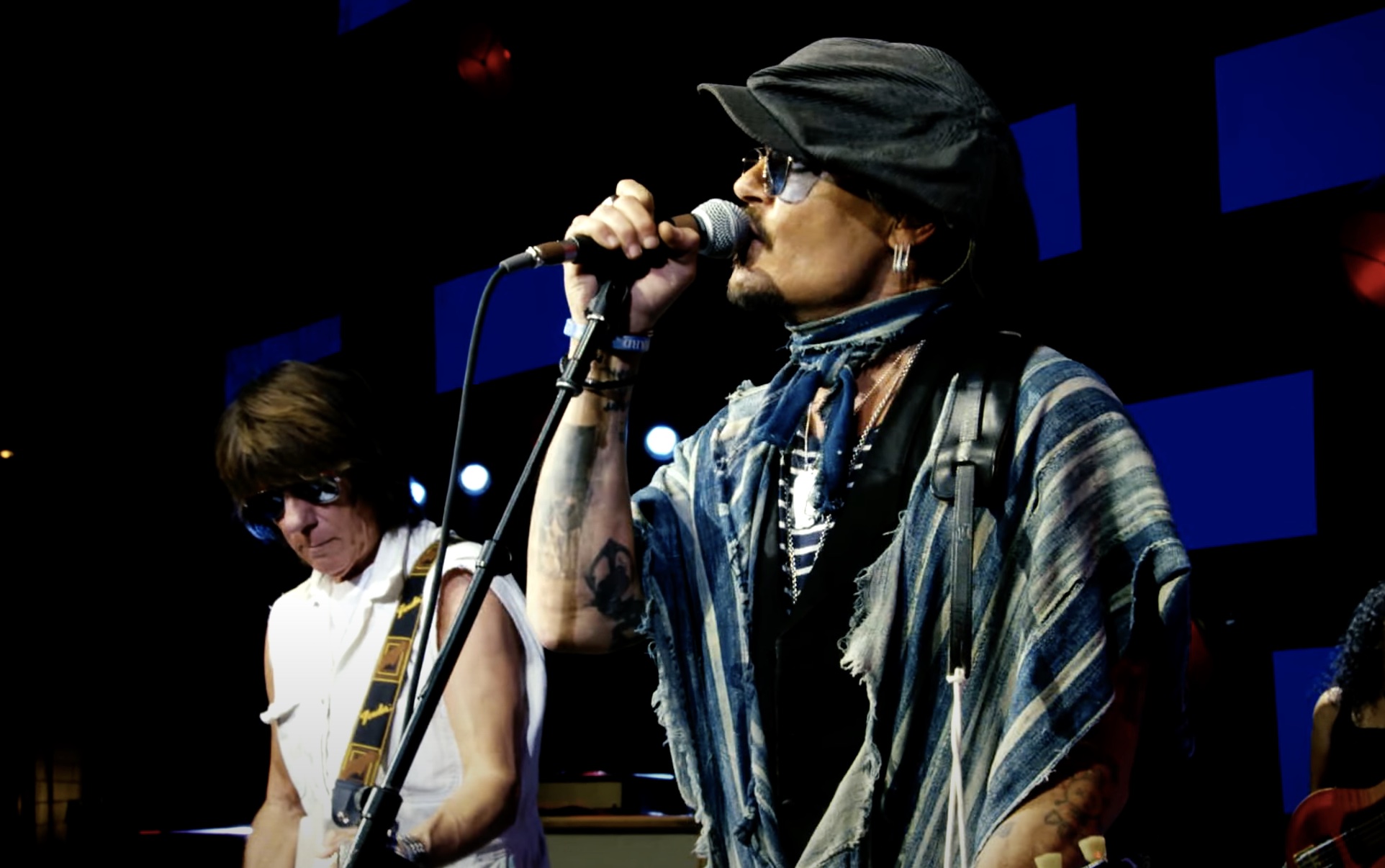 The rumors are true: Johnny Depp and Jeff Beck have recorded a new album, 18, that will arrive this summer.

After jetting off to Europe to play some shows with the famed guitarist amid the closing of his contentious defamation suit against ex-wife Amber Heard, Beck teased that the duo had an LP ready to go. That album — recorded over the past three years — is out July 15.

The pair first met in 2016 and formed a close friendship; Beck previously appeared on a track by Depp’s classic rock supergroup, the Hollywood Vampires. “When Johnny and I started playing together, it really ignited our youthful spirit and creativity,” Beck said in a statement. “We would joke about how we felt 18 again, so that just became the album title too.”

The 13-track LP is largely a covers album, with Depp and Beck tackling a diverse range of artists spanning from the Beach Boys and Marvin Gaye to Killing Joke and the Velvet Underground. However, 18 features a pair of Depp originals: The first single, “This Is a Song for Miss Hedy Lamarr,” which they debuted on stage, and “Sad Motherfuckin’ Parade.” (The album also includes their first released collaboration, a cover of John Lennon’s “Isolation” that they shared in 2020.)

“I was blown away by it,” Beck said of “This Is a Song for Miss Hedy Lamarr” in a statement. “That song is one of the reasons I asked him to make an album with me.”

Depp added in a statement, “It’s an extraordinary honor to play and write music with Jeff, one of the true greats and someone I am now privileged enough to call my brother.”

Ahead of the album’s release, Beck will kick off another month-long tour of Europe starting June 19, reportedly with Depp in tow.

Depp’s collaborative LP follows his lengthy, much-publicized court battle, where he prevailed on all three claims of his defamation suit against Heard. The actress, meanwhile, won just one of the three claims in her countersuit against Depp (he was awarded $15 million in damages, she $2 million). Depp had sued Heard over a 2018 op-ed for the Washington Post, in which she spoke about her experiences with domestic abuse but did not name Depp. While both Heard and Depp had accused each other of abuse, the jury’s decision seemed to suggest they doubted Heard’s claims even as she presented photos of her injuries, video recordings of Depp’s meltdowns, and witness testimony corroborating her claims of abuse.