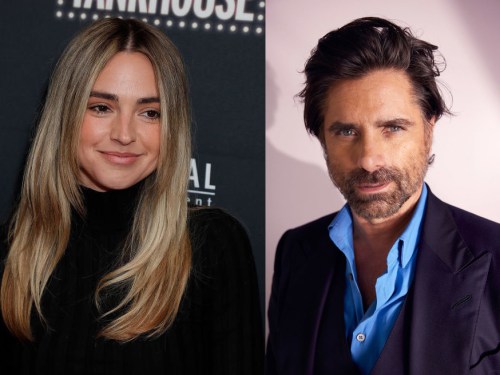 The show is a dramatic take on Simpson’s book, with Tarver playing mid-20s pop star Sadie Sparrow ingenue to mogul. Stamos will co-star as Butch Thorn, a divorced former singer-songwriter and alcoholic who is tasked with writing songs alongside Sadie.

According to the official logline, the series will touch “on themes of love, friendship, divorce, family and sisterhood, relationships, soul connections, Hollywood and the music business” as it “follows Sadie’s unexpected journey as she ultimately comes to embrace herself and the fact that her heart inevitably wants what it wants at every stage of life.”

Open Book, published by Dey Street Books, was the highest-grossing memoir from a female entertainment personality in history at the time of its debut in early 2020 and appeared on Rolling Stone’s list of the Best Music Books of 2020. In December 2020, Simpson signed a deal with Amazon to develop a handful of projects, including this scripted series and a separate docuseries based on her memoir.

“I am humbled and honored to partner with Amazon Studios to bring my story and heart to life on the screen,” Simpson said in a statement. “I know that parts of my life have been extraordinary, but I also know that many of my struggles are universal. I hope to continue the mission I set out to accomplish in writing Open Book — to inspire others to be entertained, moved, and empowered to walk through fear and come out on the other side even stronger.”

The Open Book docuseries, which has yet to be fully announced, will expand on the memoir with never-before-seen personal footage shot over the past decade. It will “explore the highs and  lows of Simpson’s life, including her singing career, her journey to sobriety, starting a family, the rise of creating a billion-dollar business, and finding her voice.”

Along with the TV projects, Simpson is also releasing a series of short stories published by Amazon Original Stories. The next story, Movie Star: They Always Say They’re Single – A True Story, will debut in February 2023.