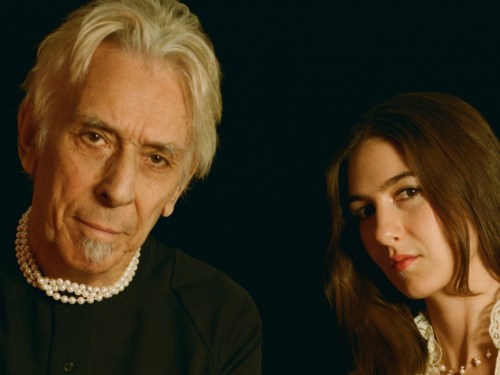 John Cale, the ever-inventive Welsh musician and former member of the Velvet Underground, has announced his first new album of all new material in 10 years, Mercy, out Jan. 20, 2023 via Double Six/Domino.

In a statement, Cale said he thought of Weyes Blood and Mering’s “puritanical vocals” while making “Story of Blood,” saying, “I thought if I could get her to come and sing with me on the ‘Swing your soul’ section, and a few other harmonies, it would be beautiful. What I got from her was something else! Once I understood the versatility in her voice, it was as if I’d written the song with her in mind all along. Her range and fearless approach to tonality was an unexpected surprise. There’s even a little passage in there where she’s a dead-ringer for Nico.”

Along with “Story of Blood,” Mercy will feature the previously-released track, “Night Crawling,” which dropped in August. That song found Cale reflecting on his friendship with David Bowie, and it arrived with an animated video in which the two musicians enjoyed a wild night swinging through New York City bars.

Mercy is Cale’s first album of new songs since 2012’s Shifty Adventures in Nookie Wood, though he has released plenty of music since then. In 2016, he shared, M: Fans, which comprised new versions of songs from his 1982 album, New Society, while in 2018 he composed the score for filmmaker Patricia Mazuy’s movie, Paul Sanchez est Revenu! (Paul Sanchez is Back!). And in 2020, Cale released the one-off track, “Lazy Day.”