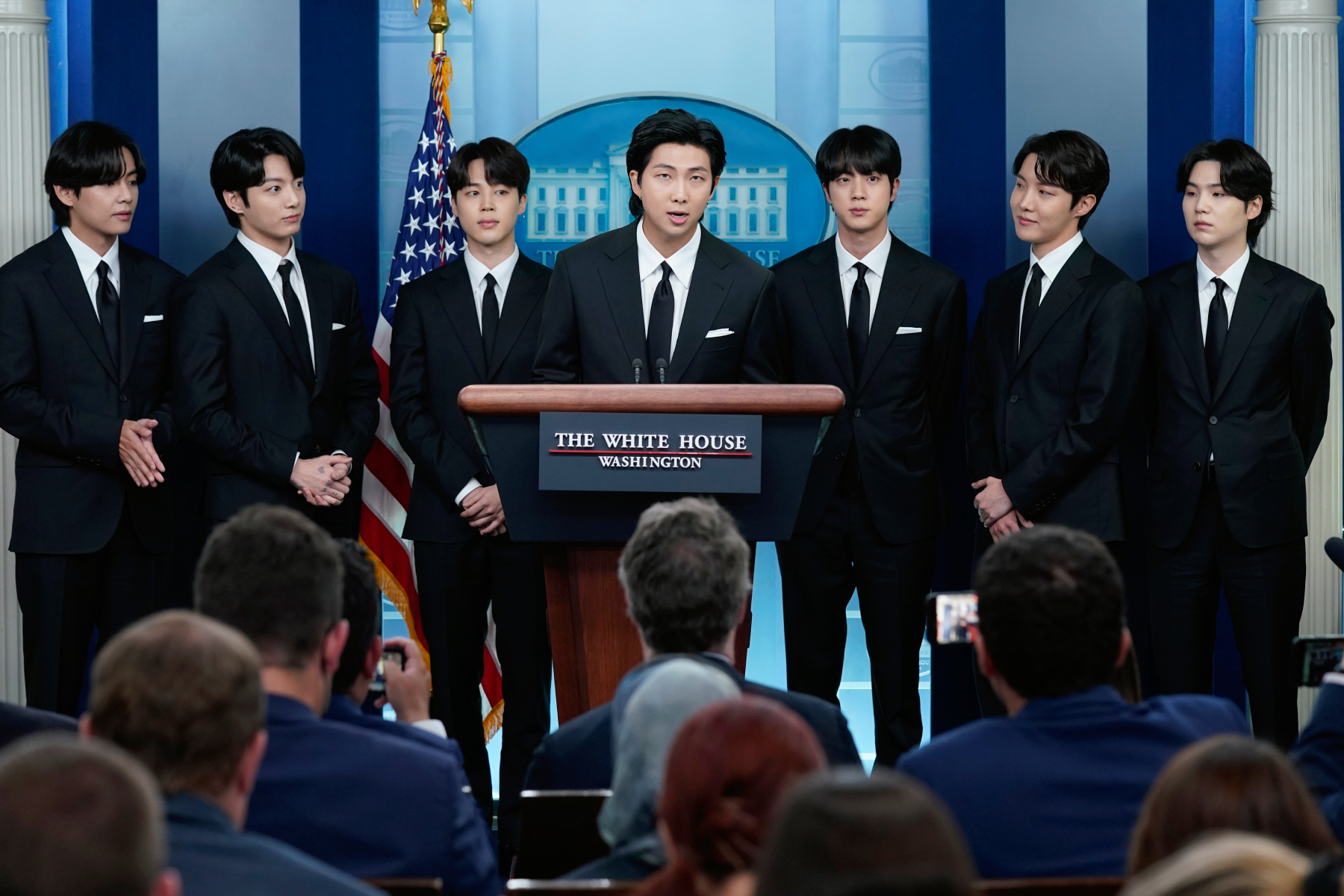 In a short video shared on Twitter, the president and the pop stars discussed the rise of hate crimes and discrimination against Asians and Asian-Americans. RM said the group appreciated the Biden administration’s efforts to get the Covid-19 Hate Crimes Act signed into law, adding, “We truly appreciate the White House and the government trying to find solutions.”

Biden then told the group: “People care a lot about what you say, and what you’re doing is good for all people. It’s not just your great talent, it’s the message you’re communicating.”

It was great to meet with you, @bts_bighit. Thanks for all you’re doing to raise awareness around the rise in anti-Asian hate crimes and discrimination.

I look forward to sharing more of our conversation soon. pic.twitter.com/LnczTpT2aL

Accompanying the video, Biden noted on Twitter that he “look[ed] forward to sharing more” of his conversation with BTS soon.

Along with meeting with Biden, BTS appeared alongside Press Secretary Karine Jean-Pierre for a special briefing where all seven members of BTS took a moment to speak about rising anti-Asian hate crimes, Asian inclusion, and diversity.

“We still feel surprised that music created by South Korean artists reaches so many people around the world, transcending languages and cultural barriers,” Jungkook said. “We believe music is always an amazing and wonderful unifier of all things.”

Not everyone was chuffed with BTS’ White House visit, chief among them Fox News’ Tucker Carlson, who incurred the wrath of BTS’ devoted fan ARMY with his criticism of the visit. “Yeah, so we got a Korean pop group to discuss anti-Asian hate crimes in the United States. OK. Good job, guys,” Carlson said on his show Tuesday, effectively condemning his mentions to a deluge of ARMY memes and vitriol.