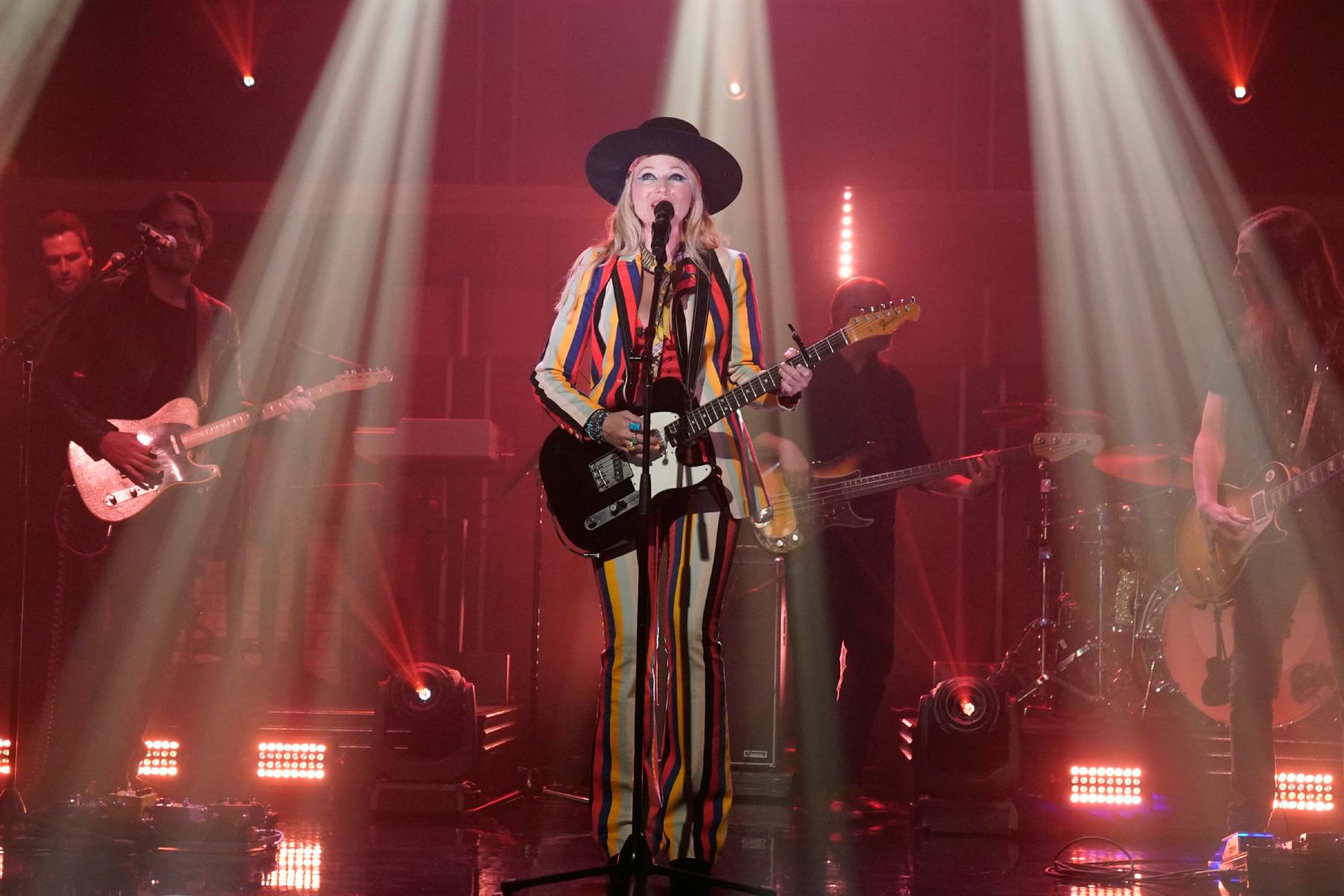 Jewel definitely followed her intuition with this performance. On Monday, the songstress is bringing the nostalgia to the Late Night With Seth Meyers stage when she performs a medley of her newest single “Alibis” and surprises fans with a taste of her beloved pop hit “Intuition,” which Rolling Stone is previewing exclusively here.

“You say you can’t live without me/You say baby never doubt me/Well, you’re lying lying lying,” Jewel sings, launching into her recent single, before saying into the microphone, “You know . . . the whole time, I wish I had followed my intuition.”

Wearing a colorful pantsuit with flared bottoms along with a bossed-up, wide-brimmed hat, the singer then transitioned into the 20-year-old fan-favorite from her 2003 LP 0304.

“Your Intuition/Is easy to find/Just follow your heart baby,” she sings, holding out the last note.

Jewel shared the news that she would be on the late-night show on Monday, writing on Instagram, “So excited to visit @latenightseth tonight and perform with my band! . . . Special treat in store for y’all.”

The Offer‘s Matthew Goode and The Gilded Age‘s Christina Baranski also make appearances during the show.

Jewel’s performance showcases the Freewheelin’ Woman themes of her latest LP, which dropped in April. The album features singles “Long Way ‘Round,” “Living With Your Memory” and “Grateful.” It also features collaborations with Darius Rucker and Train.

Jewel is currently on the road promoting her recent album alongside Train in their massive co-headlining AM Gold Tour, which goes through early August. Along with her LP, she recently dropped a cover of Maggie Rogers’ “Alaska” earlier this year.