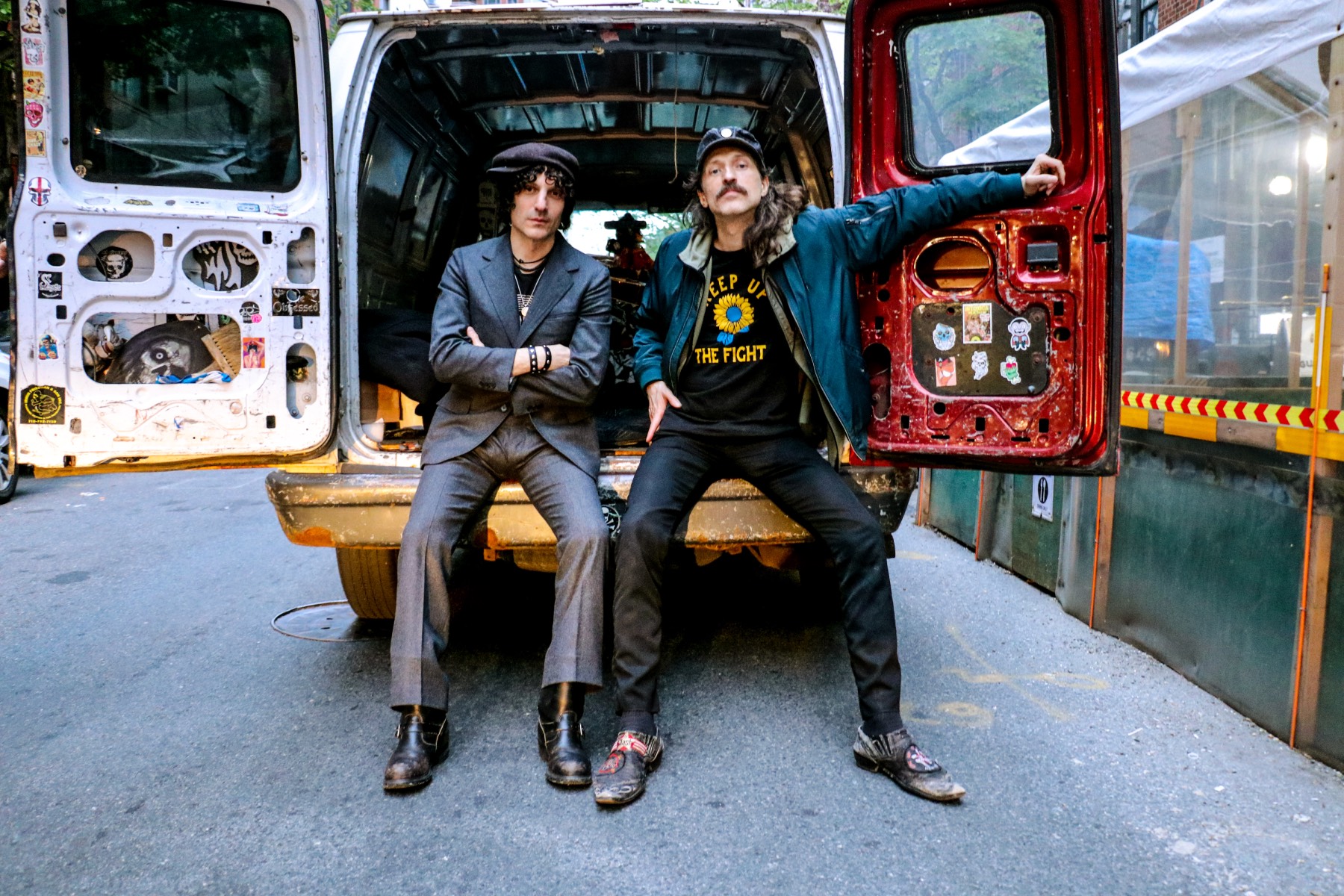 Jesse Malin sang about a “gypsy playing his nylon-string guitar” in his 2010 barnstormer and live-show staple “All the Way From Moscow,” a song about touring his way back to New York. The gypsy in question was the Ukrainian-born singer of Gogol Bordello, Eugene Hütz, who reunites with Malin for a cover of the Pogues’ “If I Should Fall From Grace With God” to benefit the people of Ukraine during Vladimir Putin’s assault on their country.

Released Friday via Velvet Elk Records, “If I Should Fall From Grace With God” — the title track to Shane MacGowan and the Pogues’ 1988 album — arrives with a new video of Malin and Hütz performing the song in front of the 107th Infantry Memorial near Central Park. Directed by Ehud Lazin, the hand-held filmed video is a typically kinetic performance from the two singers known for their respective high-energy live shows.

Malin and Hütz’s duet, recorded with Malin’s band, is released exclusively on Bandcamp. All proceeds benefit the U.S.-Ukraine Foundation, which “supports the development of democracy, a free-market economy and human rights in Ukraine, and the strategic partnership between the U.S. and Ukraine.”

“Universe knows Jesse and I bonded over Pogues years ago,” Hütz said in a statement. “And it’s only natural that we sing this anti-colonial song for Ukraine now. This land was always ours! And no amount of Moscow propaganda can undo оver а thousand уеаrs of history.”

“Rock & roll has always been about freedom and the people of the Ukraine are fighting for their lives and their land. After everything we all have been through in the last few years, I think many of us can relate,” Malin tells Rolling Stone. “Woody Guthrie said about his guitar, ‘This Machine Kills Fascists’ — I have always believed in global unity through music. The universal heartbeat that brings us together.”

In April, Hütz joined Les Claypool, Billy Strings, and others on the song “The Man With the Iron Balls,” a tribute to Ukraine’s president Volodymyr Zelensky. Gogol Bordello also hosted a benefit concert for Ukraine back in March with guests including Malin, Patti Smith, and the Hold Steady’s Craig Finn.