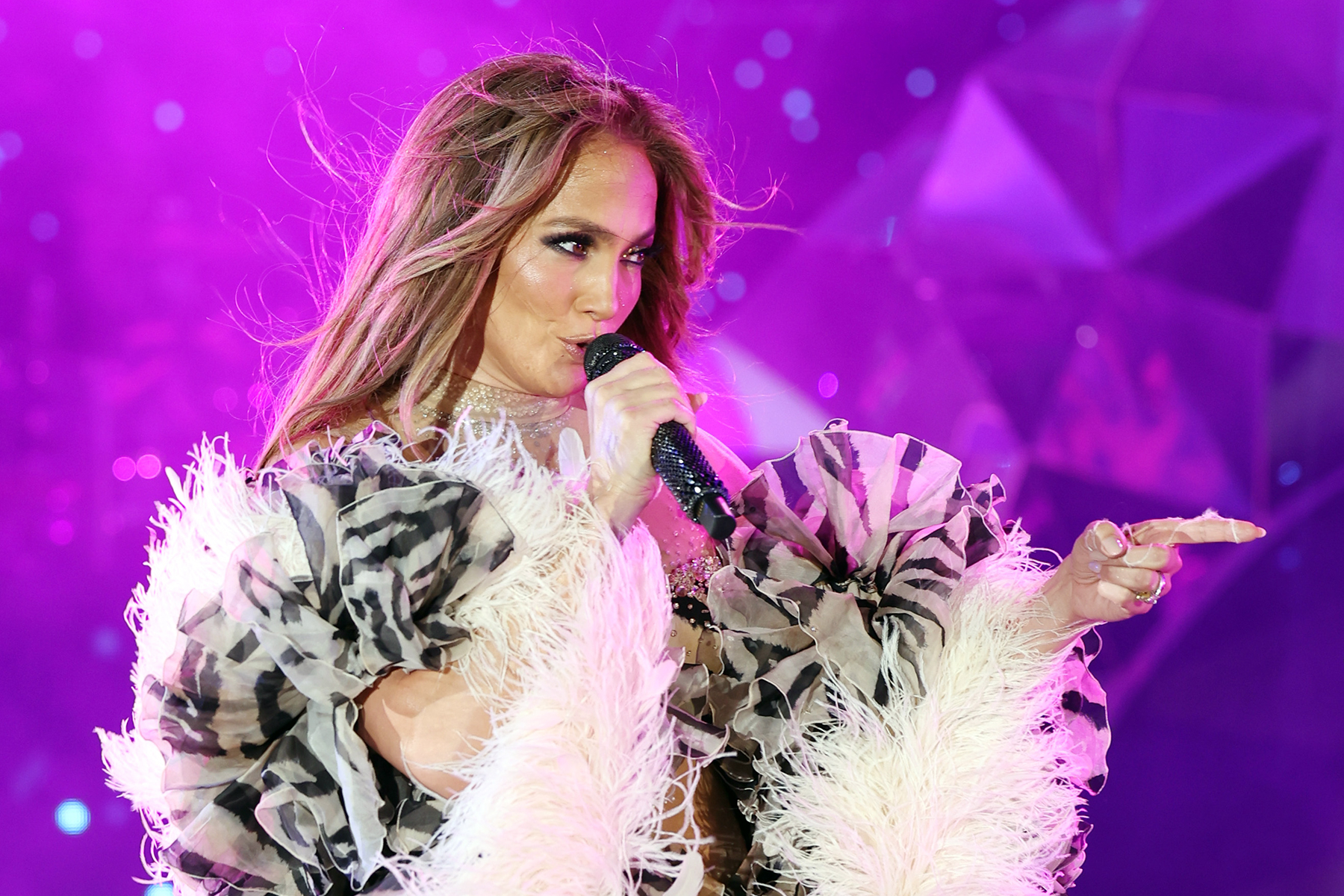 Is It a Wedding or a Concert?

Wait, is Jennifer Lopez the ultimate basic bride? Turns out, the answer is yes — she’s just able to get away with it because she’s an actual pop star.

In a video obtained by TMZ, Lopez is shown debuting a never-before-heard song for new husband Ben Affleck at their Georgia wedding celebrations last weekend, presumably titled “Can’t Get Enough.”

And it was no small production: As Affleck sits in a chair with a silly smile slapped across his face, his new wife performs a fully choreographed dance and belts out the lyrics to the catchy track. At one point, she turns the microphone to the crowd…err…wedding guests to get them involved in singing along to a song they had never heard before.

“All night/ I can feel the passion / in your eyes / I’m still in love with you,” she sings as she’s surrounded by backup dancers (we’re guessing none of them are Virgos).

Though they legally tied the knot during an intimate ceremony at a Las Vegas wedding chapel last month, Affleck and Lopez held a second wedding celebration on Saturday at the actor’s compound in Hampton Island Preserve in Georgia.

If the mid-reception performance wasn’t enough to prove that just because you’re famous doesn’t mean you’re above being basic, Lopez had multiple outfit changes, donning a total of three wedding dresses throughout the evening (though they were custom Ralph Lauren so she gets some points back for that).

Lopez and Affleck first revealed their engagement in April in a video clip shared to subscribers of her “On The J.Lo” newsletter, which showed the singer wearing an engagement ring with a large green stone. The couple, who began dating several months after meeting on the set of box-office bomb Gigli in 2001, were previously engaged to each other before calling it off in early 2004.