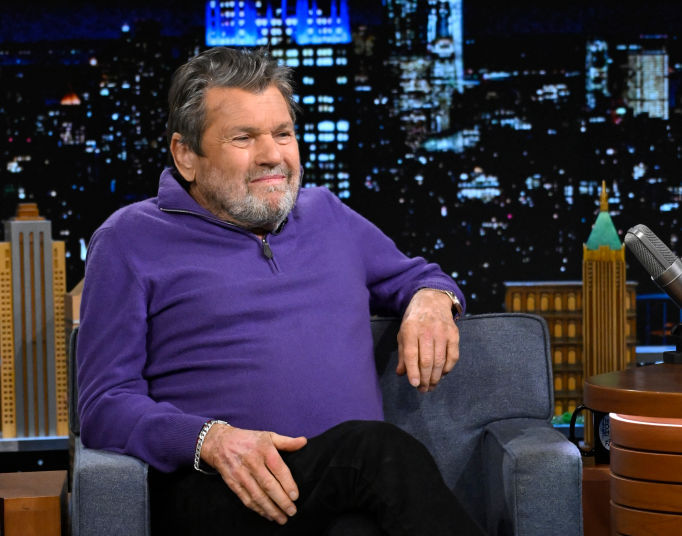 Jann Wenner appeared on The Tonight Show to reflect on his career, explaining to host Jimmy Fallon how Rolling Stone impacted the way music was understood in culture.

“It wasn’t anything like today,” Wenner said of the perception of rock music before the magazine, which he founded in 1967. “And we just kind of helped bring it to the world [and] say, ‘Hey this stuff is great.’ … We were the first people to come along and really write about it as a kind of very artistic, very meaningful, very important thing that communicated with young people. And that was going to be the sound heard around the world.”

During the interview, to promote his new memoir, Like a Rolling Stone, Wenner recalled putting John Lennon on the first-ever cover and gossiping with former president Barack Obama. He also discussed his pal Bruce Springsteen, who interviewed him earlier this week at the 92nd Street Y in New York.

“We’ve known each other years and years,” Wenner said of Springsteen. “We’re quite good friends by this time. And so it was like a conversation between old friends in which the audience of about 900 people got to kind of watch and participate in. And Bruce did a great job of interviewing.”

Wenner added that he was once walking on the beach with Springsteen in Rio de Janeiro when paparazzi started following them.

“We get to lunch and immediately on the phone there’s these pictures that appear from some photo agency, you know,” Wenner remembers. “Where he is looking great and I’m looking like my gut is hanging out. I said, ‘Thanks pal.’ He said, ‘I saw them there.’ I said, ‘Well, thanks for alerting me.’”

Wenner’s memoir, Like A Rolling Stone: A Memoir, which was released on Sept. 13. The book reflects on a career’s worth of music, politics, and cultural events in his memoir. It offers readers an intimate portrait of Wenner’s life and times as the driving force behind Rolling Stone — and examines its many ups and downs over the past five decades. He opens up about his private family life and close friendships with the likes of Mick Jagger, Bob Dylan, Bono, Yoko Ono, Bette Midler, and Springsteen. Wenner also goes into frank detail for the first time about the dire health issues that plagued him in recent years and his decision to sell Rolling Stone to PMC in 2017.