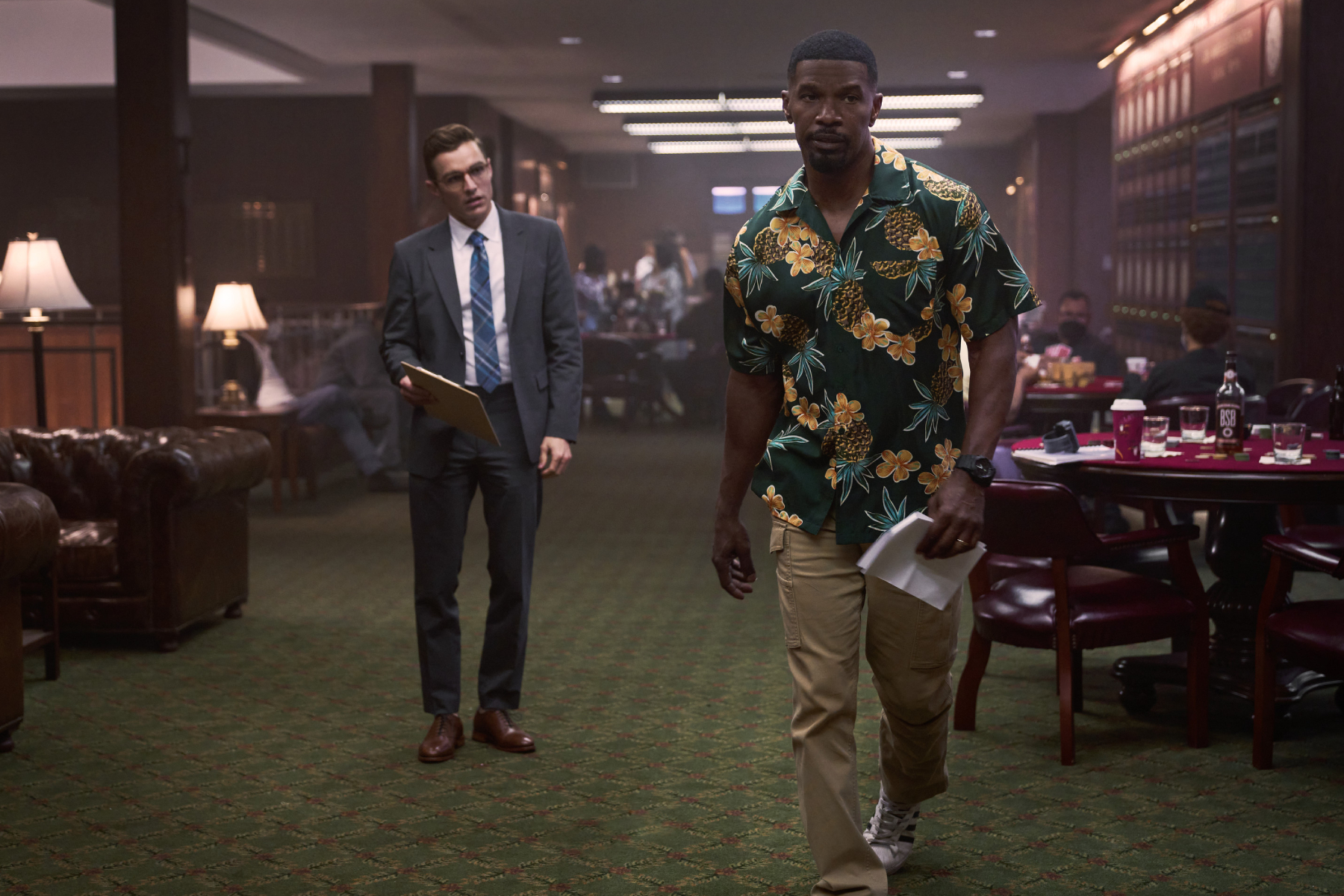 Jamie Foxx gets into the vampire-slaying mood with the help of Dave Franco in the wild new video for his equally wild song, “Bud (Mowing Down Vamps).” The track is tied to Foxx’s new Netflix movie Day Shift, in which the actor plays a seemingly mild-mannered pool cleaner named Bud Jablonski, whose actual job is hunting vampires.

“Bud” is a speaker-blowing blast of EDM-inflected rap that finds Foxx trading verses with up-and-comers J Young MDK and Sam Pounds. Franco — who plays a clumsy rep for the vampire hunters union in Day Shift — also appears on the track and is given the honor of reciting the song’s outrageously goofy hook, “Mowin’ down vamps with my best friend, Bud.”

Directed by Taylor Chien, the music video for “Bud” features plenty of lens flares, wild jeep rides, Dave Franco dance moves, and footage of vampire slaying action from Day Shift. Another one of the film’s co-stars, Meagan Good, also makes a cameo in the clip.

“Bud,” which was released alongside Day Shift back on Aug. 12, notably marks Foxx’s first new music in seven years. He last dropped an album, Hollywood: A Story of a Dozen Roses, in May 2015.