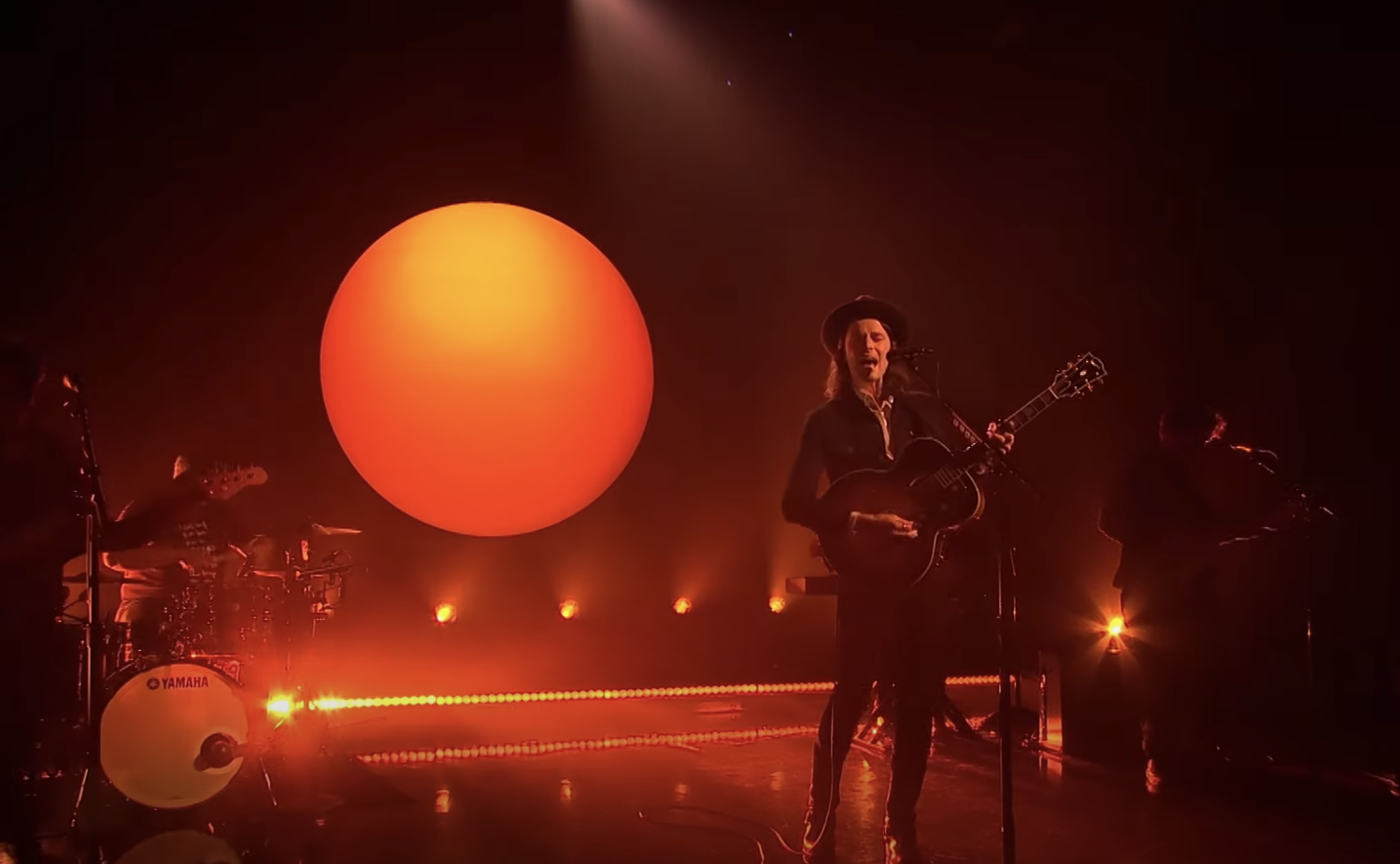 James Bay appeared on The Late Late Show to perform his recent song “One Life.” Playing in front of a bright orange sun backdrop, Bay and his band can the aching tune, which charts the relationship of a couple.

Bay dropped “One Life” earlier this month along with a cinematic video for the track. It will appear on his forthcoming third LP, Leap, out July 8 via EMI Records/Republic Records. Bay wrote the song as a tribute to Lucy Smith, his longtime girlfriend and the mother of his daughter Ada.

“I’d never written from this perspective before,” Bay explained of the song. “I’d never written from a place of such joy and positivity. Lucy and I first got together at 16 and have been together ever since. She’s supported me since day one. From open mic nights, right through to my biggest shows. It’s been one adventure after another, but now we’re on the biggest one of all. Raising our beautiful daughter Ada.”

“One Life” follows Bay’s previous single “Give Me the Reason,” released in March. That track was produced by Gabe Simon and co-written with Foy Vance.

Leap will be Bay’s first album since Electric Light in 2018. More recently, he released “Chasing Stars,” a collaboration with Marshmello and Alesso. He also contributed to the soundtrack for the TV series Trying, releasing “Funeral” with Maisie Peters. Bay will join the Lumineers on nine dates of their upcoming stadium tour this fall.