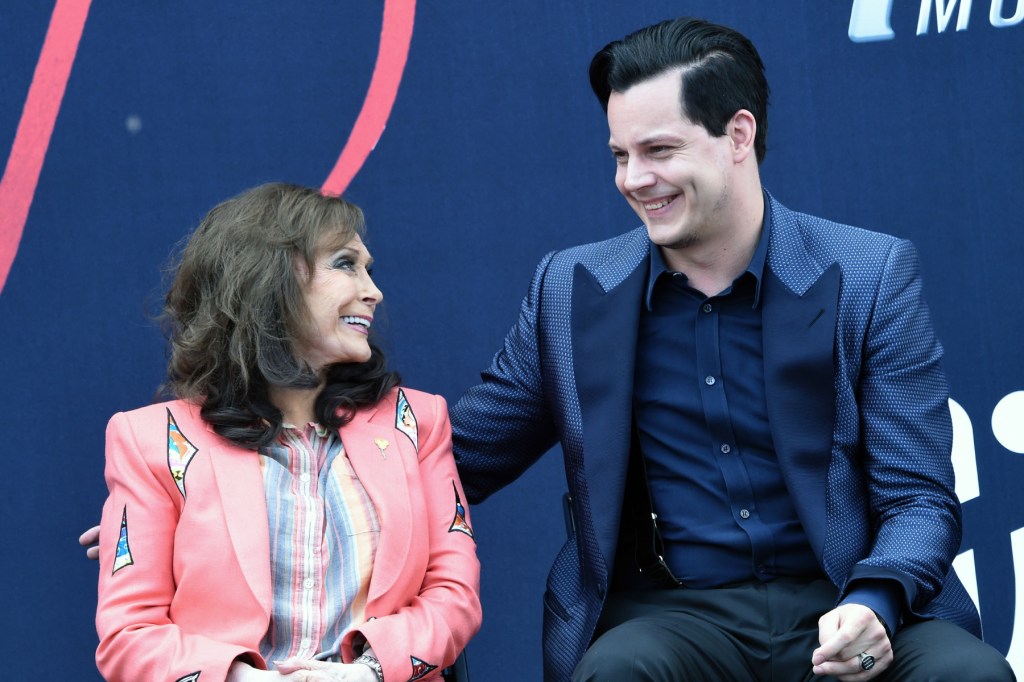 The musician, who produced Lynn’s 2004 album Van Lear Rose, referred to her as a “brilliant genius”

As tributes continue to pour in following the death of country music legend Loretta Lynn, Jack White, who produced Lynn’s 2004 classic Van Lear Rose and duetted with Lynn on “Portland, Oregon,” memorialized her with an extensive video on his Instagram page.

White called Lynn “a mother figure” and “a very good friend” and remembers producing her album as a learning experience where he “had to take a pause and step outside because she was just so brilliant.”

“I said when I was first asked about her what I thought and I said years ago that I thought she was the greatest female singer-songwriter of the 20th century. I still believe that,” White said. “She was such an incredible presence and such a brilliant genius in ways that I think only people who got to work with her might know about. What she did for feminism, women’s rights in a time period, in a genre of music that was the hardest to do it in, is just outstanding and will live on for a long time.”

White is one of many artists paying tribute to Lynn after her death. White’s former Third Man Records signee Margo Price, who also collaborated with Lynn, attributed her career in music in part to Lynn. “It’s safe to say I wouldn’t even be making country music today if it weren’t for Loretta Lynn,” Price said. Carrie Underwood recalled a funny story where Lynn smacked her on the butt at the Grande Ole Opry and remembered Lynn as a “cantankerous little pistol…friendly and sweet…never afraid to be herself and speak her mind.”