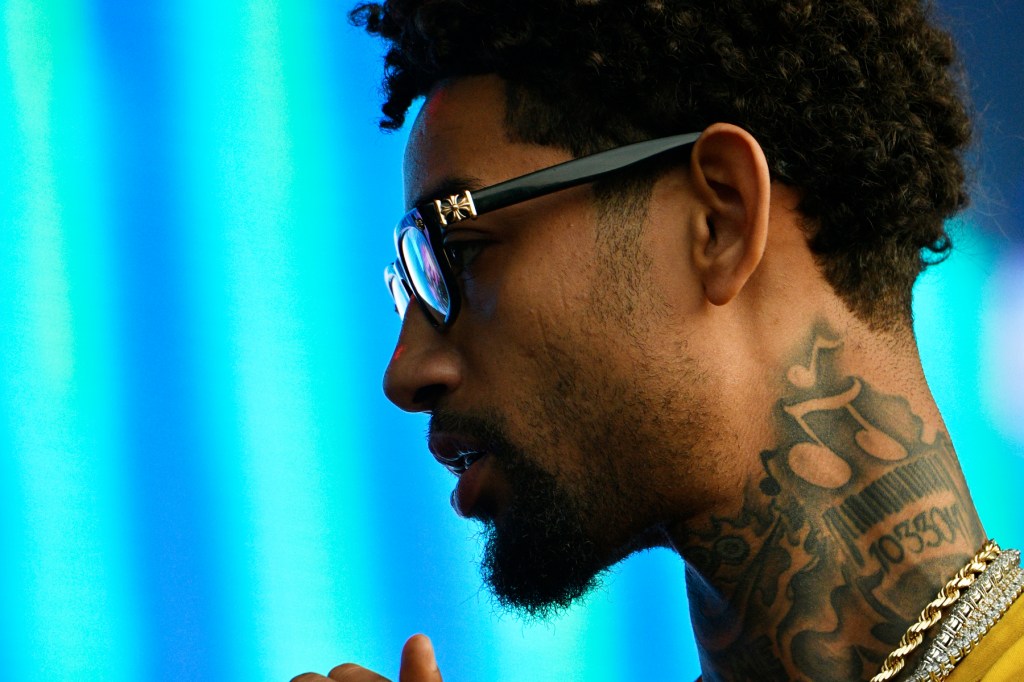 Philadelphia rapper PnB Rock discussed how frequently rappers are targeted for robberies in an interview recorded several weeks before he was shot and killed during a robbery in Los Angeles.

PnB Rock discussed the matter on an episode of DJ Akademiks’ Off the Record podcast, which was first released on Sept. 2. Following the MC’s death on Monday, Sept. 12, Akademiks clipped the relevant portion of the conversation and re-circulated it on YouTube.

The conversation was prompted by Akademiks’ comments about the “spooky” vibe that hangs over L.A., especially concerning the gang culture there. “Where I’m from, we like sneaky criminals,” PnB Rock said. “And in L.A., they bold — they want to spark a conversation with you first before they get into some shit. Some of them might just go crazy.”

The rapper recalled one incident where a group of men, whom he believed were gang members, approached him and his girlfriend and then continued to follow the couple around for a bit. But PnB Rock said he was ultimately able to read the situation well enough to avoid a serious confrontation. Still, he was frank about how commonplace it was for rappers to get robbed, noting, “It don’t be spoken about, because why you want to talk about it? … It’s so common.”

PnB Rock added, “I never got robbed, never in my life. I ain’t gonna say ‘never,’ because I don’t like saying ‘never.’ I’m not superstitious enough like that, but I haven’t been robbed.”

Police are still investigating PnB Rock’s death, which occurred at an L.A. restaurant at about 1:15 p.m. local time on Monday. LAPD officials haven’t named a suspect in the shooting yet, but both an eyewitness and an LAPD officer said the shooter targeted the rapper for his jewelry.

“The victim was eating at a table when he was approached by one suspect,” LAPD Officer Norma Eisenman told Rolling Stone. She said the “suspect demanded items” from the rapper, brandished a weapon, and fired multiple shots. The suspect “removed some items from the victim, entered a waiting vehicle, and fled the scene.”