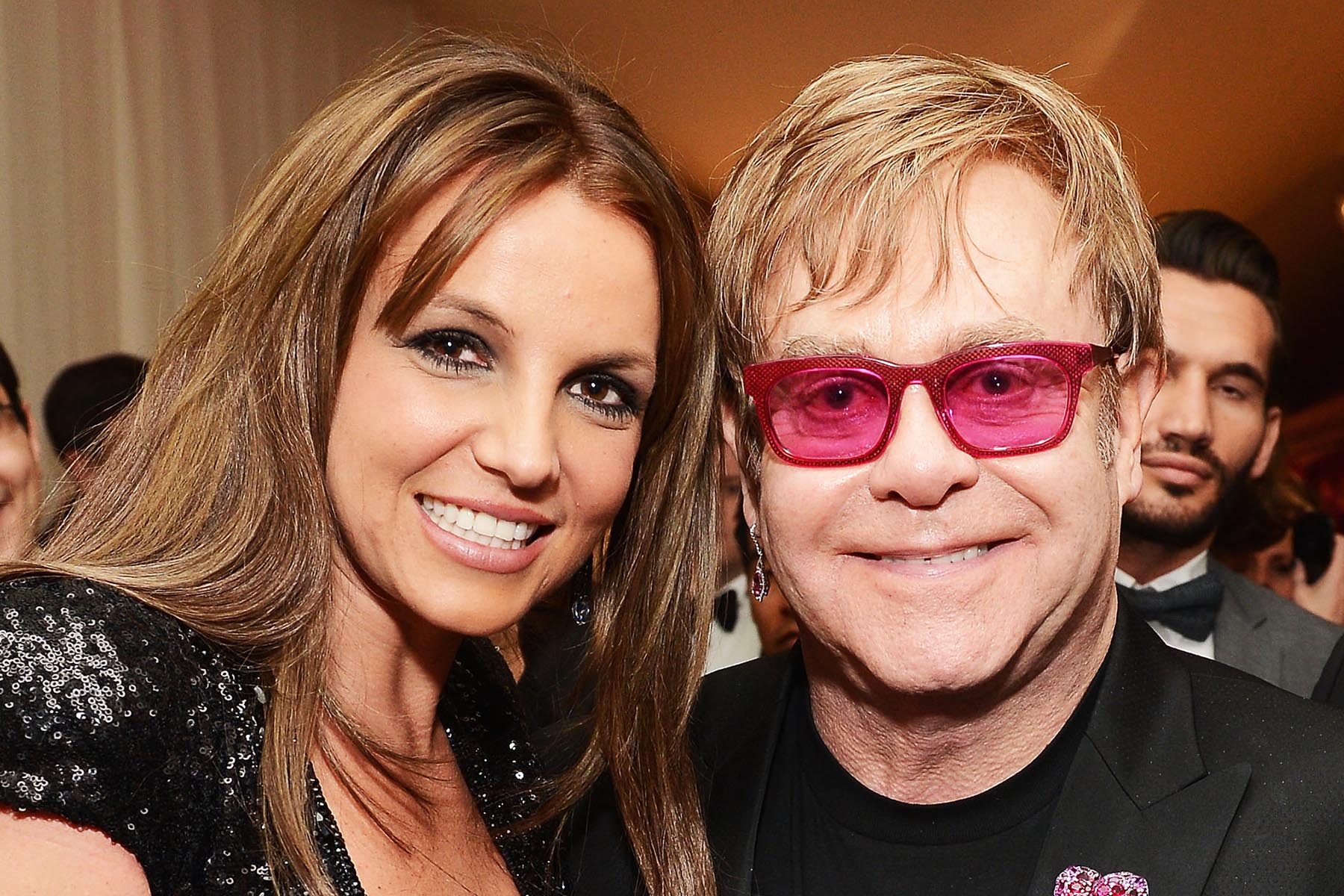 Just months after being released from a nearly 14-year conservatorship, Britney Spears has made her official return to music — and, boy, are we living. “Hold Me Closer,” a disco-infused, reimagining of some of Elton John’s classics, marks the Princess of Pop’s first new music since her 2016 album, Glory.

“Hold me closer, tiny dancer/Count the headlights on the highway,” sings Spears on the track, which interpolates John’s “The One,” “Don’t Go Breaking My Heart,” and “Tiny Dancer” into a club-ready bop. “Lay me down in sheets of linen/You had a busy day today.”

The song opens with the two icons singing “The One” together over a heavy dance beat, before Spears breaks out with “Tiny Dancer” in the chorus. Ad libs from both John and Spears — including Spears’ signature, vocal-fried “baby” — are spread throughout the song.

The single started as a solo song for John before he reached out to Spears with the idea of turning the single into a collaboration. Spears “immediately said yes,” according to a press release.

“I am absolutely thrilled to have had the chance to work with Britney Spears,” John said. “She truly is an icon, one of the all-time great pop stars and she sounds amazing on this record. I love her dearly and am delighted with what we’ve created together.”

Spears shared her excitement for the track ahead of the release, saying working with John was “a big deal to me.” She tweeted, “It’s pretty damn cool that I’m singing with one of the most classic men of our time. I’m kinda overwhelmed.”

Meanwhile, John previewed the track during a dinner in Cannes, playing it for patrons at a beachside restaurant Thursday.

John confirmed the joint effort between the megastars was coming earlier this month, sharing an image of the single artwork: a simple rocket emoji and a red rose, symbols used by John and Spears, respectively. The post came days after Page Six reported the two had been working together in the studio. At the time, it was unclear if the new single simply interpolated “Tiny Dancer,” or if it was a separate project altogether.

Alleged snippets of the track leaked on Twitter before the song’s official release, with Spears stan account @BritneyLawArmy tweeting, “Please respect artists and the hard work they put into crafting new music by not leaking songs and/or sharing songs leaked by others.”

“Britney is a huge perfectionist when it comes to her music so until she feels the song is 100% ready, she’s not going to drop it,” the source told the gossip outlet. “But everything is prepared to go full steam ahead as soon as she gives her final approval.”

The source added that she had “a lot of creative control” in making the track, something she didn’t have while under her conservatorship. “She is just stoked that she’s been able to have her say in each draft of it,” the source told Hollywood Life. “She is nervous about its release, but she truly feels this is one of the best songs she has ever recorded, as does her people.”

According to Page Six, the two icons reportedly recorded their new version of “Tiny Dancer” — which Rolling Stone ranked at number 47 on its list of the 500 Greatest Songs of All Time — in Beverly Hills alongside producer Andrew Watt.

Though she had made no official releases since being released from her conservatorship, Spears recently shared a clip that features her 1998 breakout single “…Baby One More Time” a cappella. “I haven’t shared my voice in an extremely long time … maybe too long,” she captioned the video, adding that she’s been pushing for releasing a new version of the track for some time.

As for John, he’s been collaborating with modern pop artists over the last few years. He enlisted Dua Lipa for “Cold Heart (Pnau Remix),” which interpolates a few of his songs, including “Rocket Man (I Think It’s Going to Be a Long, Long Time),” and “Nothing Else Matters” with Miley Cyrus for his 2020 Lockdown Sessions LP. He also joined Lady Gaga on Chromatica‘s “Sine From Above.”