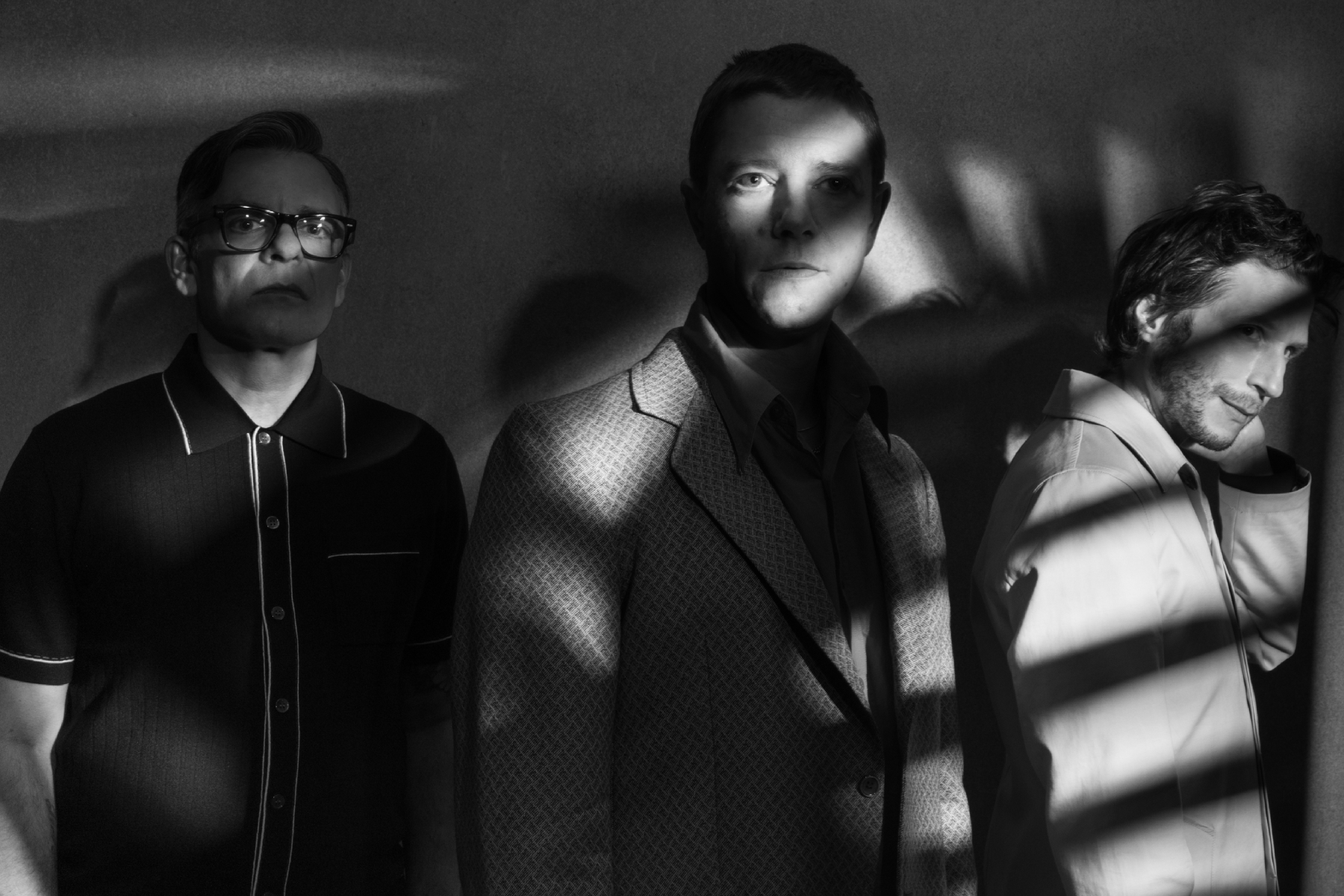 Interpol trace a tragedy back to its beginnings in the new music video for their song “Gran Hotel.”

Directed by Malia James, the video opens with a frightening scene as a man frantically calls for help while a woman lies ostensibly dead on the floor of their hotel room. From there, the narrative flows in reverse, as the couple party in their room and stumble back to the hotel from a night on the town. The cause for all that celebrating is poignantly revealed in the clip’s closing moments when the man proposes to the woman.

“The lyrics to ‘Gran Hotel’ tell a story of grief and heartbreak, of a character processing loss,” Interpol’s Paul Banks said in a statement. “Working with a fantastic camera crew and with the help of two very talented actors, Malia created a powerful video that conveys the events that lead to that loss. It’s a work of art filled with mood and color that we are very proud to share with you.”

“Gran Hotel” will appear on Interpol’s forthcoming album, The Other Side of Make-Believe, which will arrive this Friday, July 15. The record, which follows 2019’s A Fine Mess, includes previously-released songs “Fables,” “Something Changed,” and “Toni” (the latter two songs each arrived with videos that, together, created a two-part short film).

Coinciding with the release of The Other Side of Make-Believe, Interpol will also be launching a special art exhibition and pop-up shop, Big Shot City, in collaboration with photographer Atiba Jefferson and Brain Dead Clothing. Pop-ups will appear in Los Angeles (July 14 – 16), New York City (July 13 – 16), Mexico City (July 16 – 17), Tokyo (July 15), and London (July 15 – 17).

Later this summer, Interpol will team with Spoon for a North American tour: The co-headlining run starts Aug. 25 in Asbury Park, New Jersey, and wraps with two nights in Portland, Oregon, on Sept. 17 and 18.