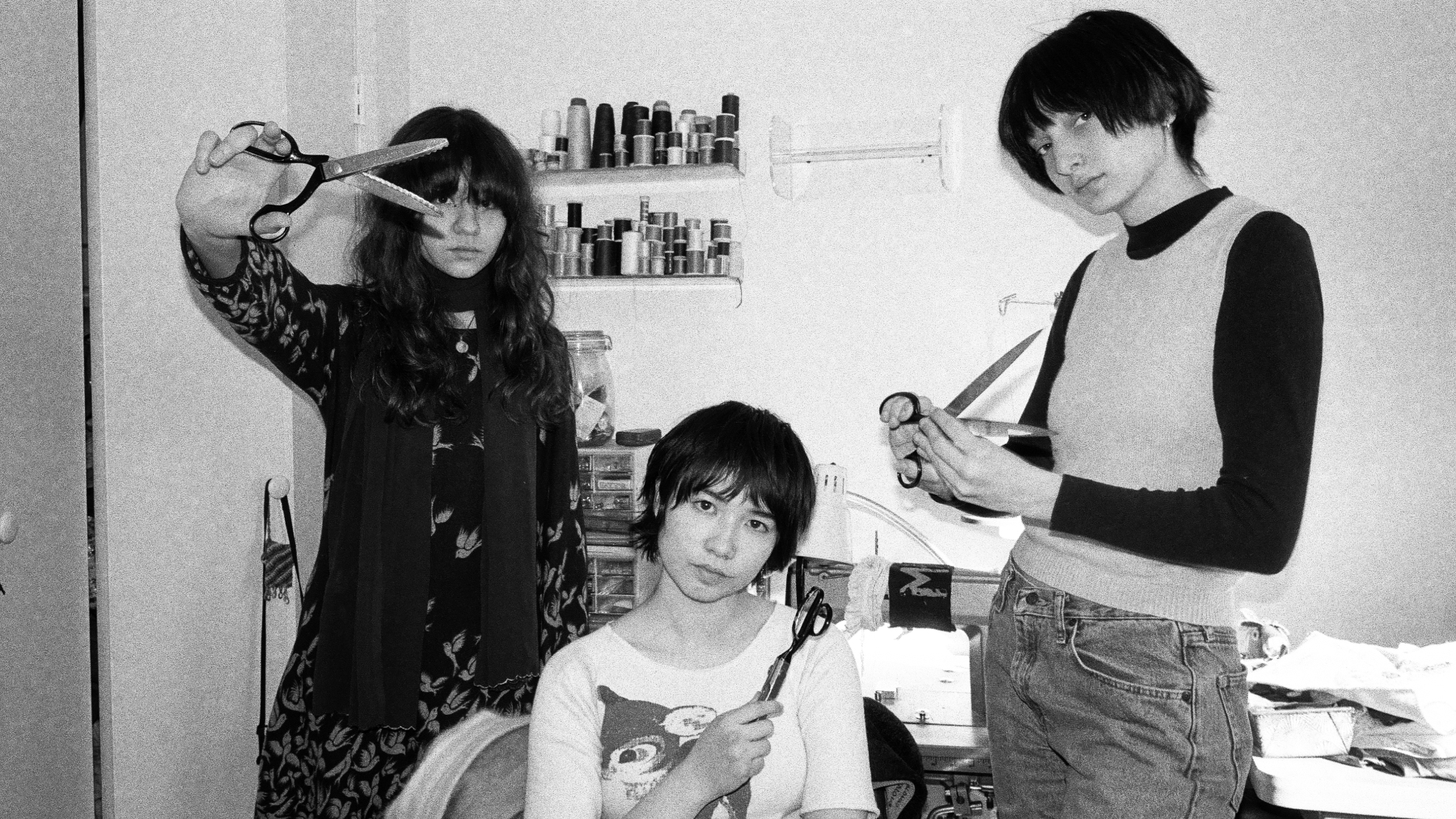 Community has always been key for Horsegirl, the rising Chicago indie outfit whose fuzz-bombed songs started garnering attention when all three members were still in high school. The video for their 2021 single “Billy” captured a grainy house party packed with friends, and the clip for their latest single, “Dirtbag Transformation (Still Dirty),” is similarly communal, with Horsegirl and their cohort — who play in other local bands like Lifeguard, Friko, Dwaal Troupe, and Post Office Winter — taking over singer/guitarist Penelope Lowenstein’s old elementary school.

Having instructed their friends to come equipped with props and costumes, Horsegirl organized all their friends into makeshift groups and let general chaos reign as they filmed in the school’s auditorium, as well as the library, hallways, classrooms, and bathrooms.

“The fact that us three were the greatest sense of authority present in an empty school was really unusual,” the band tells Rolling Stone over email. “We ate lunch in the stairwell and some of our friends stuck around the entire day when they really didn’t have to. We feel lucky to be surrounded by so many people who are willing to come help us out on such short notice.”

“Dirtbag Transformation” will appear on Horsegirl’s upcoming debut album, Versions of Modern Performance, set for release on June 3 via Matador. The song is, in many ways, emblematic of what the group does best: blending indie-pop charm with shots of dissonance and disorder. Their lyrics are often impressionistic and surreal, yet the language feels precise and clever (“But the stickler sticks his nose into her spine,” Lowenstein sings on the track.)

Citing Belle and Sebastian as a major influence, they say, “We definitely developed our lyrical sensibilities as we grew together as a group — none of us particularly enjoy writing lyrics about explicit things (like a breakup) or that try to convey a particular theme or message… [We] focus on telling stories and using vivid imagery.”

To make Versions of Modern Performance, Horsegirl got the chance to work at Chicago institution Electrical Audio studio with  celebrated indie producer John Agnello. But for a group that originally expected to record an album in Lowenstein’s basement, it was important to keep the “scrappy DIY sound” they first envisioned, even if they had a few more resources at their disposal. Agnello was a perfect fit; an indie rock vet who’d worked with some of the band’s favorite artists and “immediately understood the roughness we wanted to preserve,” down to little guitar blips or out-of-time tambourine shakes, Horsegirl say.

To celebrate the release of Versions of Modern Performance, Horsegirl will play a special release show at Chicago’s Thalia Hall on June 5 (a full tour will follow in July). The gig will also double as a bit of a zine fair, with the band inviting folks to make and sell their own zines at the gig. Horsegirl have made one as well, which they describe as a program of sorts for the concert, featuring short bios, stories, and plaudits about the three other bands providing support at Thalia Hall — all of whom appeared in the “Dirtbag Transformation” video too, Lifeguard, Friko, and Post Office Winter.

In this way, too, Horsegirl’s album release show feels like a celebration of the Chicago scene they’ve come up in over the past several years. “For a while we felt a bit isolated in Chicago, being underclassmen who preferred to make noisier music, which there wasn’t a lot of locally at the time,” Horsegirl say. “As we kept playing, we met more kids who understood what we were going for and the places we were pulling from. Meeting kids with similar ethos’ allowed us to develop a communal understanding of what is cool. Go to your friends’ shows, dance there, make your own album art, make a zine, don’t tune for too long on stage.”