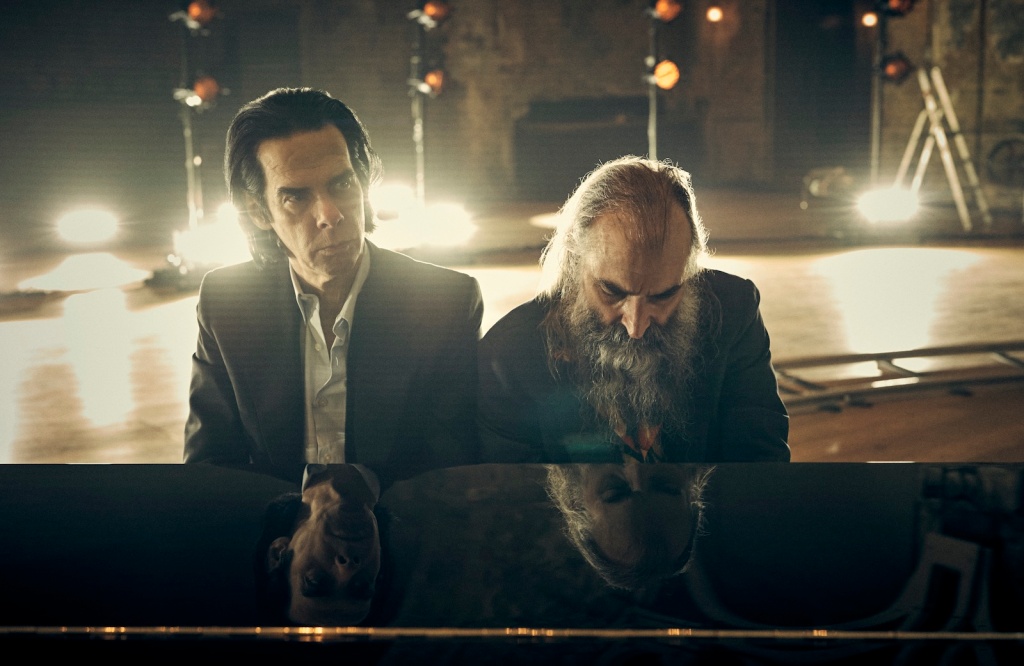 Nick Cave and Warren Ellis have once again collaborated with director Andrew Dominik — this time for the score to the filmmaker’s upcoming Marilyn Monroe movie Blonde.

The Bad Seeds duo have shared their opening piece from the upcoming Netflix film, which arrives on the streaming service on Sept. 28; their Blonde score will also be released that day.

Like Cave’s recent LPs Ghosteen and Carnage, the ethereal “Pearly” is largely synthesizer-based, with the piece ebbing and swelling over the course of its nearly seven minutes. The title of many of the score’s individual pieces are also inspired by the Monroe mythos, like “Goddess of Love on a Subway Grating,” “Fiery Blonde,” and “Peroxide.”

Cave and Ellis previously provided the score for Dominik’s 2007 cult Western The Assassination of Jesse James by the Coward Robert Ford, and the filmmaker himself has twice served as a documentarian for Cave with the films One More Time With Feeling in 2016 and 2022’s This Much I Know to Be True.

“Working with Andrew Dominik is always a challenging, but ultimately mind-blowing experience,” Cave and Ellis said in a statement to Rolling Stone. “Creating the score for this terrifying and complex reimagining of the Marilyn Monroe story was no different, and, as always, it was a complete privilege to work with him. The darkest of films with a gorgeous spiritual score.”

Blonde stars Ana de Armas as the blonde bombshell, following her public rise to stardom and her private struggle with her identity and the pressures of fame. “Blonde boldly reimagines the complicated life of icon Marilyn Monroe,” the streaming service said of the film. “Blurring the lines of fact and fiction, the film artfully explores the tension between her public and private life.”

In an interview earlier this year with Rolling Stone, Dominik discussed working with Cave and Ellis both on the artists’ documentaries and the scores of his own films. “It’s also interesting how their actual relationship finds its way into the music,” Dominik said. “There’s this piece they did for Blonde — Warren singing into a vocoder and Nick playing this strident piano — when I said to Nick how unusual the two things were. He said, ‘I was just hitting the piano like that to try and get his attention. He’d been fucking around with that thing for hours.’”

In 2021, Cave and Ellis released Carnage, their first non-score studio work credited to them as a duo.