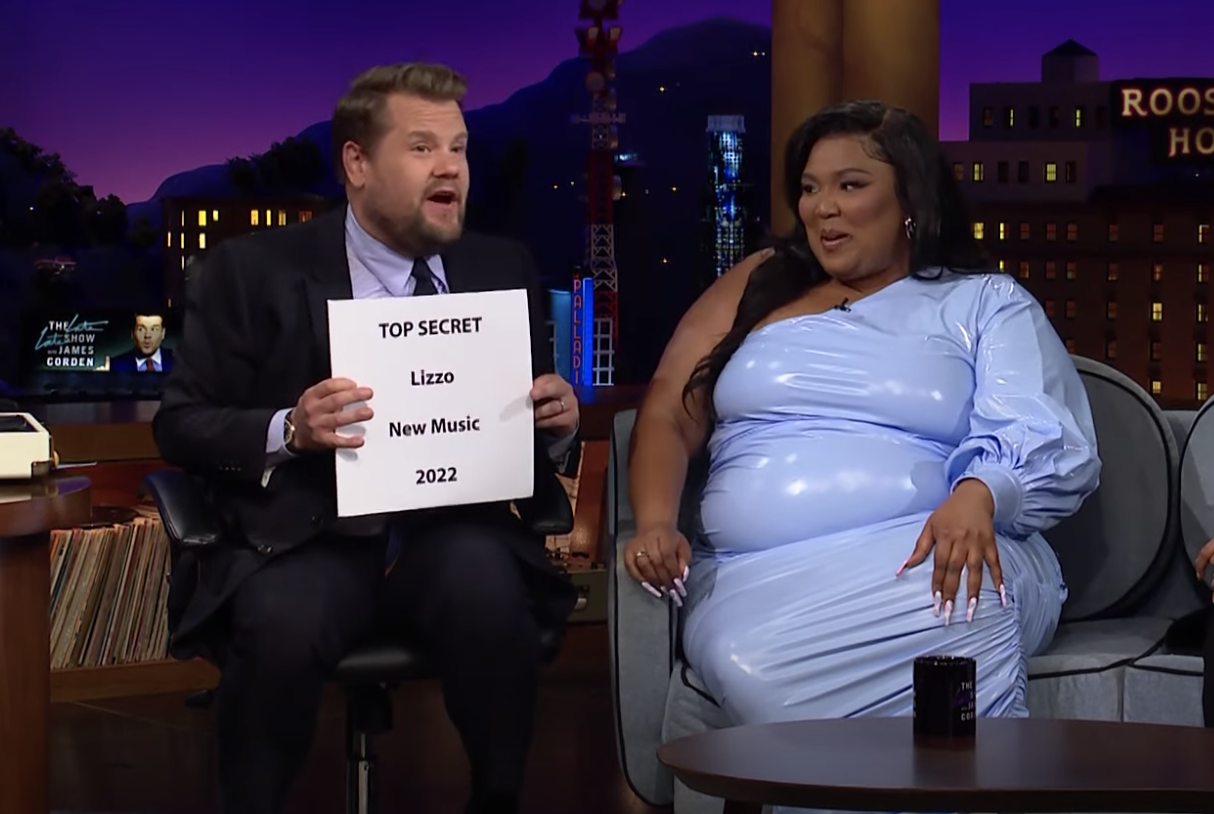 Lizzo stopped by The Late Late Show to discuss her upcoming album, out April 14, and offered fans a preview listen of new song “About Damn Time.”

The singer confirmed the album is done, noting it took “three freaking years” to complete. “I feel amazing,” she told host James Corden, adding that she tested the songs out on her friends and her mom, who is “harsh critic.”

Corden then played Lizzo’s new song “About Damn Time” for the audience. “To be clear, this is the first time anyone has ever heard a snippet of this song,” Corden noted. “Yes,” Lizzo confirmed. The singer, along with Corden and fellow guest Gabrielle Union, danced along to the upbeat pop song, which hints at what’s to come from the album.

Lizzo’s Amazon Prime Video series, Lizzo’s Watch Out for the Big Grrrls, debuts March 25. The rapper recently spoke about the series, as well as her album, during a keynote address at SXSW.

“There’s gonna be previews of new music on the show before the album comes out, so if you want some new music, watch Watch Out for the Big Grrrls on Prime Video March 25,” she teased. “I’m not gonna tell you which episodes, so you’ll have to binge all of ’em.”

She added, “There’s definitely a tour but we have a lot of surprises. This is just the beginning, this is the tip of the titty, honey.”

Lizzo is set to appear on Saturday Night Live as both musical guest and host on April 16.