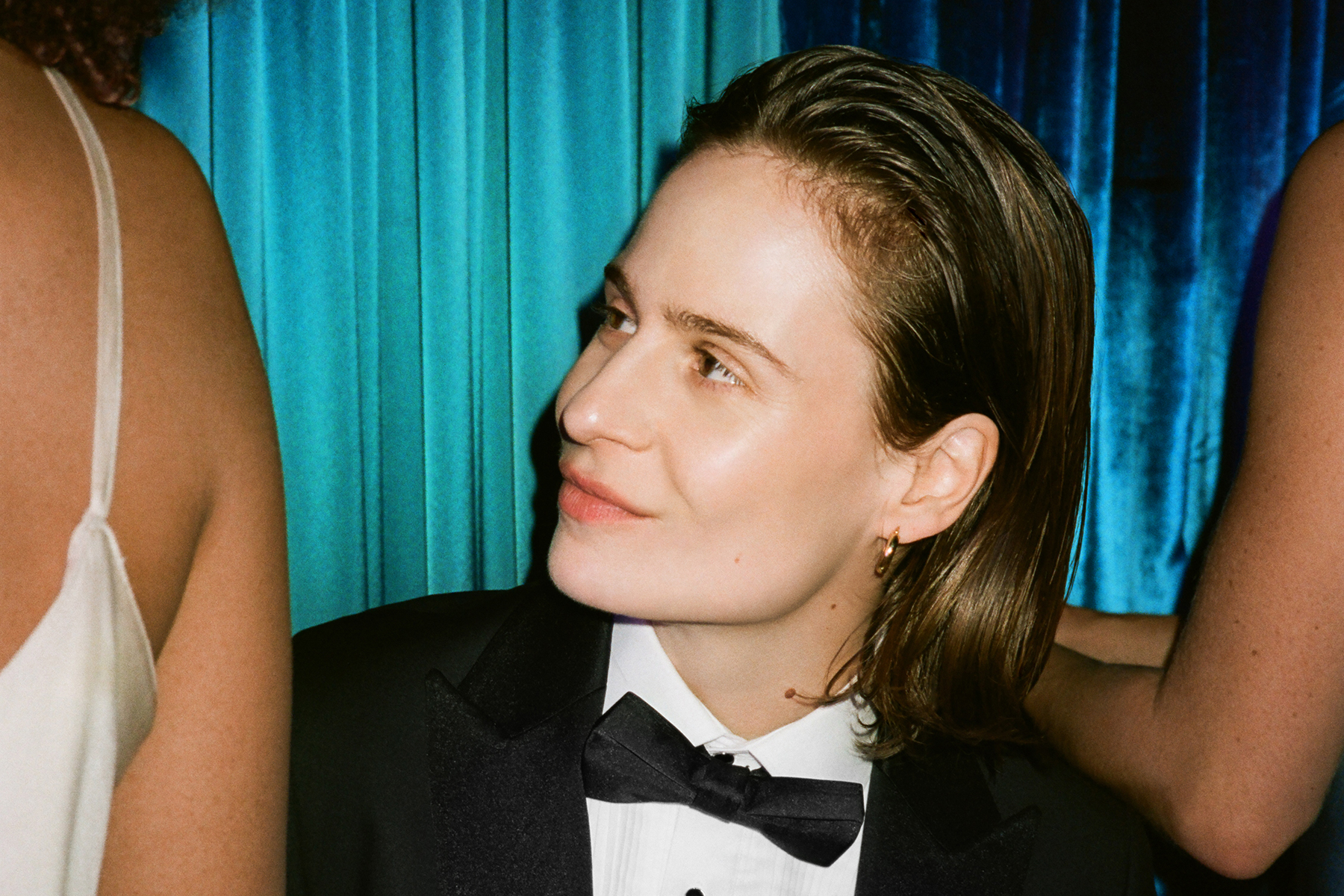 Christine and the Queens have released the spiritual sequel to their 2020-defining “People, I’ve Been Sad”: “Je Te Vois Enfin” whose title translates to “I Finally See You.” The track, which Chris sings entirely in French, is more upbeat than “People” with jittery synths soundtracking her layered vocals. Some of the lyrics translate to “My love rhymes with always” and “Oh, my love, here you are/I finally see you.”

The song was “imagined, written, produced and performed by Christine and the Queens,” the brainchild of French singer Hélöise Letissier, and mixed by Mike Dean, who has worked with Kanye West and Lana Del Rey. The song introduces a new persona for Letissier, “Redcar.”

In a recent New York Times interview about Chris’ collaboration with Caroline Polachek on Charli XCX’s single “New Shapes,” Chris spoke about the importance of addressing gender fluidity. “My journey with gender has always been tumultuous,” Chris said. “It’s raging right now, as I’m just exploring what is beyond this. A way to express it could be switching between they and she. I kind of want to tear down that system that made us label genders in such a strict way. … I don’t want to rush that conversation, and I might never answer again. But in my work I’m finding ways to make that journey joyful.

“I believe the real gestures are artistic, because the real discussion on queerness is also a discussion about the society we live in, about capitalism, about social justice,” Chris continued. “It’s not just about me every morning wondering, am I masculine or feminine? It’s all-encompassing.”