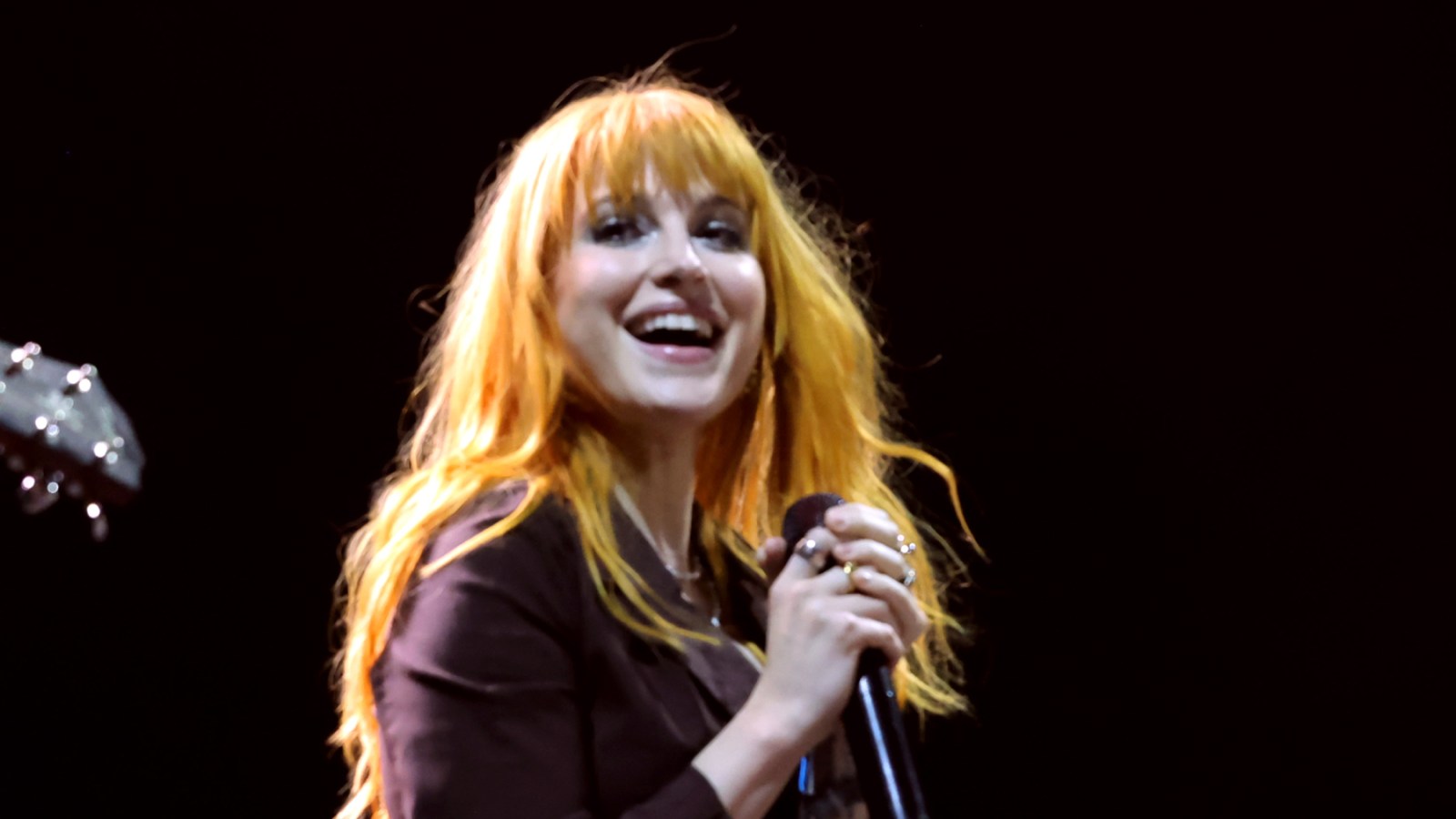 Hayley Williams took to Instagram Stories to reflect on how far she and Paramore have come in a scene that she describes as one that once “threatened to reject us” before the band performs at Las Vegas’ When We Were Young Festival on Sunday. The fest was forced to cancel its first date yesterday, Oct. 22, due to high wind warning in the area.

“We fell in love with this subset of post-punk and hardcore likely because nothing else moved us. We didn’t fit in other places.”

“To be a young girl in love with this scene was to have the hope that I might find my own way to belong,” she continued. “It took years to find that belonging. It’s taken a lot of unlearning. A lot of untangling knots I didn’t even know were there.

“What I did know was that for every ‘Take off your top!’ or snarky punkzine review … For every dramatic headline pinned on my name, or any season of self-doubt … No one was going to define Paramore but Paramore,” she said.

“Nearly 20 years later, we find ourselves a pillar of the very scene that threatened to reject us. And me,” she added.

She attributed their longevity to the “intense devotion” they’ve received from their fans, but also that “we’ve never banked on trends. Or nostalgia. Or even me, alone,” she wrote. “We only did exactly what we knew was real for us. (And sure, I leaned into spite as needed.)”

Williams said that while they perform material from throughout their career on Sunday, she would be celebrating the fact that, as a scene, we’ve come a long way. With much further to go,” she wrote. “Fuck the ones who doubted! Hugs to the ones who watched on and even sort of believed. Young girls, queer kids, and anybody of any color… We have shifted this scene together, messily, angrily, heartbroken, and determined. Tonight, for me at least, is about celebrating all the facets of what punk music actually represents. All the things it wasn’t allowed to be when we were young.”

The emo and pop-punk mega-fest at the Las Vegas Festival Grounds features Paramore, My Chemical Romance, Taking Back Sunday, Avril Lavigne, Jimmy Eat World, AFI and many more former Warped Tour vets. The same lineup will also perform its closing day on Saturday, Oct. 29.  The 2023 fest is set to feature Blink-182, Green Day, Sum 41, Good Charlotte and many other artists.