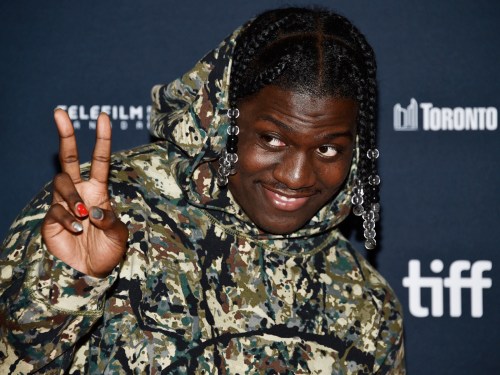 Lil Yachty has officially released his instantly-viral song, “Poland,” about taking codeine cough syrup to — you guessed it — Poland.

Yachty first released “Poland” on Soundcloud last week after snippets of the song were leaked online. The 83-second track quickly gained traction with its woozy, 8-bit beat (produced by F1lthy, Lukrative, and Lucian) and its instantly memorable (and meme-able) hook, which Yachty delivers with a distinct wobble in his voice, “I took the Wock to Poland.” (“Wock” is shorthand for Wockhardt, the pharmaceutical company that makes promethazine and codeine cough syrup.)

“Poland” marks Lil Yachty’s first proper solo song of 2022, though he has dropped a handful of collaborations too, like “Slime Them” with Fivio Foreign, and “Humble” with Diplo. Yachty’s last official studio album, Lil Boat 3, was released in 2020, while last year, he dropped the mixtape Michigan Boat Boy and the EP. Birthday Mix 6.