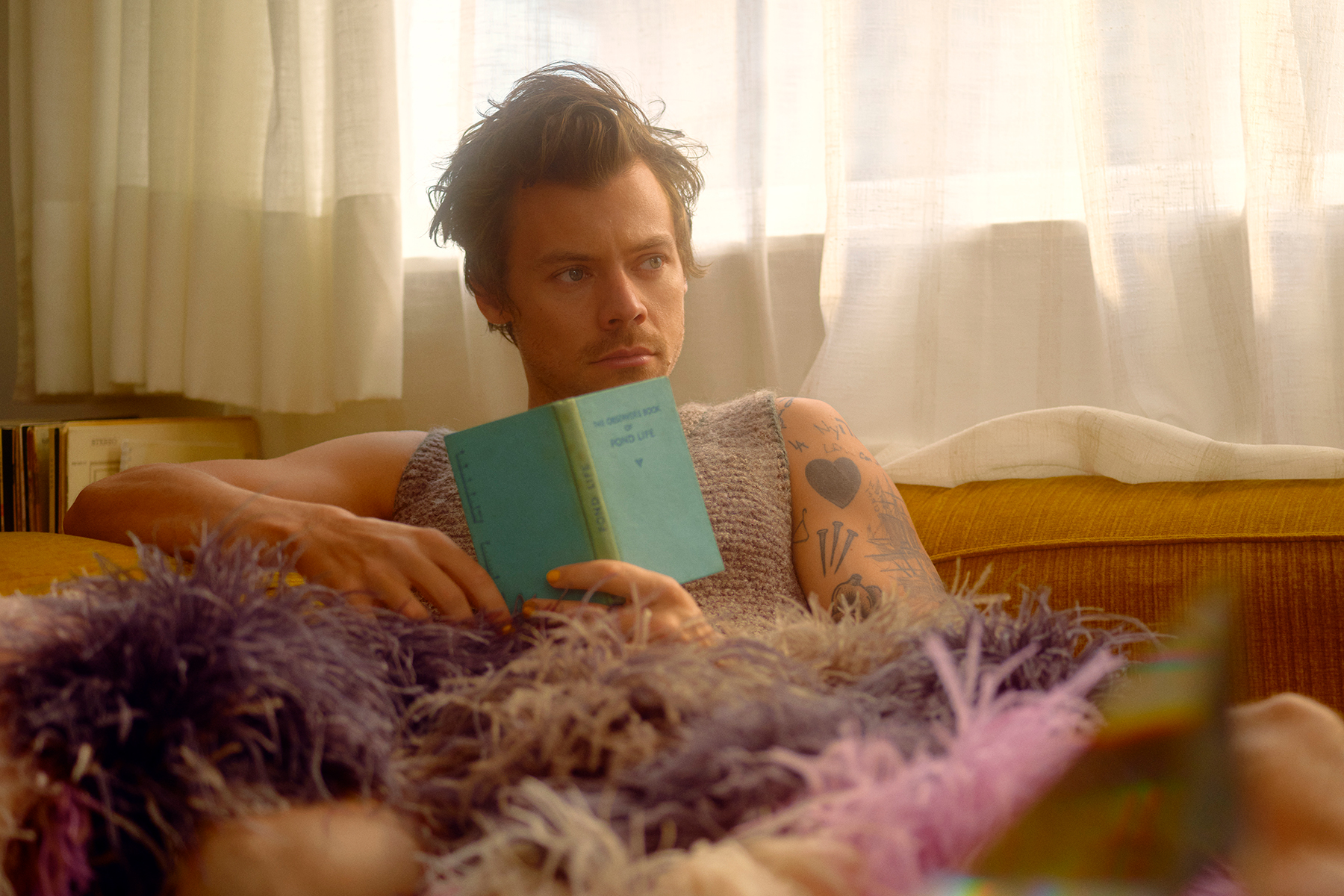 Damn, in his global cover story with Rolling Stone, we learned a lot about Harry Styles — “the most wanted man in the world.” From his TV-watching habits to his disdain for the bird app, Styles opened up like never before about his life over the past several years. He touched on his relationships, referred to 1D as “the band,” and spoke about his upcoming Hollywood starring roles. Here’s what we learned about the gentle king in his interview with Brittany Spanos:

“As It Was” helped him expand his fanbase

We’ll admit it: most Directioners and Harries are girls and gays. It wasn’t until Styles released Harry’s House‘s lead single that the singer says he saw an uptick in new male fans. Simply put, the bros liked the song. “[It’s] definitely the highest volume of men that I would get stopping me to say something about it,” Styles says. “That feels like a weird comment because it’s not like men was the goal. It’s just something I noticed.”

Figuring out his own sexuality was a “journey”

Styles portrays a gay cop in his upcoming film, My Policeman. “It’s not like ‘This is a gay story about these guys being gay,’” Styles says about the role, which is set in the Fifties (“Unfathomable now to think” being gay was illegal, he says.) The experience allowed him to reflect on his own path to getting more comfortable with his sexuality. “I think everyone, including myself, has your own journey with figuring out sexuality,” he says. “And getting more comfortable with it.”

Even though he gave the world Harry’s House earlier this year, Styles has already been working on his fourth solo album. (Talk about keeping his stans fed.) “I’m always writing,” the musician says. “I think all of us are so excited to get back to it, which feels insane because we’ve just put an album out.” Styles says he and his collaborators have already started brainstorming for the upcoming LP and even scheduled his coming residency stops to make time for going into the studio.

During the pandemic, Styles spent most of his time with a trio of friends, with whom he says he’d “go for walks, cook dinner, wash the lettuce.” His crew also watched films, including his favorite, Belgian drama The Broken Circle Breakdown. “What I value the most from my friends is I feel like I’m constantly reminded that it’s OK to be flawed,” he says. “I think I’m pretty messy and make mistakes sometimes. I think that’s the most loving thing: You can see someone’s imperfections, and it’s not [that you] love them in spite of that, but it’s [that you] love them with that.”

With thriller Don’t Worry, Darling, and drama My Policeman both on their way in the coming months, Styles isn’t considering adding more to his acting resume again any time soon. “I don’t imagine I’d do a movie for a while,” Styles said, later adding, “I think there’ll be a time when I’ll crave it.” He described making movies like being a session musician: “You get called in to do a bit, then someone else puts it all together.” For now, he’s focused on his music. “It feels really creative, and it feeds stuff,” he explains about making music. “A large part of acting is the doing-nothing, waiting thing. Which if that’s the worst part, then it’s a pretty good job. But I don’t find that section of it to be that fulfilling. I like doing it in the moment, but I don’t think I’ll do it a lot.” He also clears up a rumor that he’s joining the Star Wars franchise: “That’s the first I’ve heard of that. I’d imagine … false.”

Styles isn’t a big fan of Twitter, especially when it comes to the harsh comments his stans have sometimes directed at his girlfriend, Olivia Wilde. He called the bird app “a shitstorm of people trying to be awful to people.” And when the “awful” comments are directed at those closest to him, it “obviously doesn’t make me feel good.” He adds, “Can you imagine going on a second date with someone and being like, ‘OK, there’s this corner of the thing, and they’re going to say this, and it’s going to be really crazy, and they’re going to be really mean, and it’s not real.… But anyway, what do you want to eat?’ ” But he also knows that many of his fans actually follow his “Treat People With Kindness” slogan. “It’s obviously a difficult feeling to feel like being close to me means you’re at the ransom of a corner of Twitter or something,” he says. “I just wanted to sing. I didn’t want to get into it if I was going to hurt people like that.” Wilde, who also speaks to Rolling Stone in the cover story, thinks that the fan behavior is “the antithesis of Harry.” She says, “I don’t personally believe the hateful energy defines his fan base at all. The majority of them are true champions of kindness.”

When he’s not watching moves with his friends, Styles likes to kick back and binge-watch some classic attempts at finding love in the villas. (Maybe he’s just like us!) While explaining how he hopes to spend his time in the coming months, Styles notably mentioned that he wants to catch up on the British reality show’s latest season, which he was “gutted” to miss.